Double Or Nothing On Infrastructure 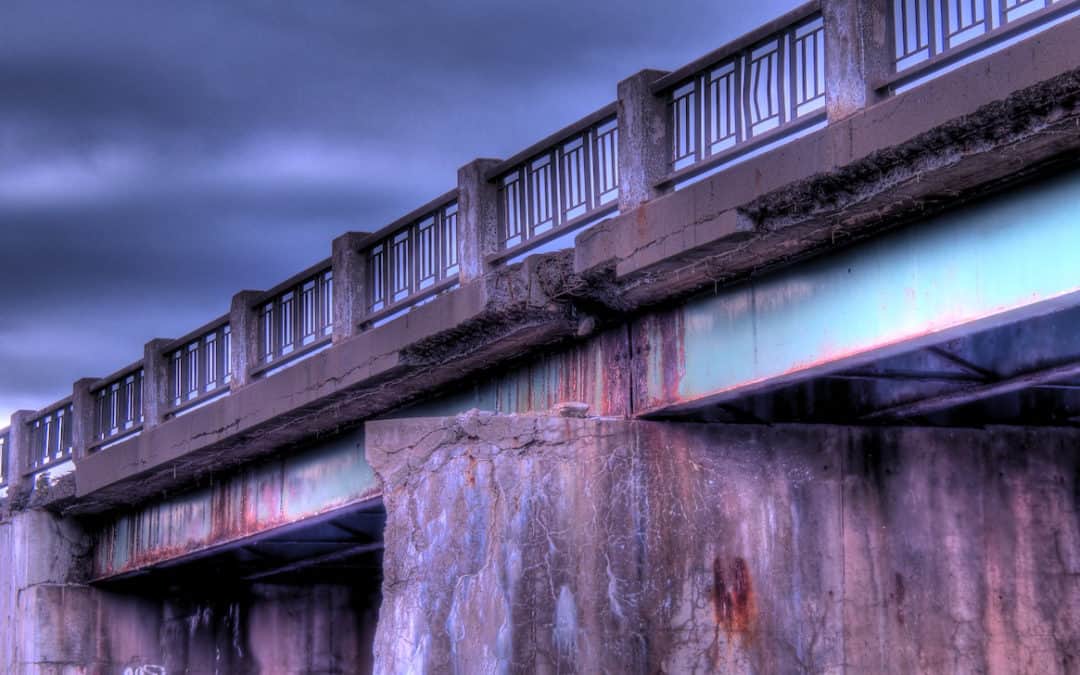 No problem, though. President Donald Trump promised to fix all this. The great dealmaker, the builder of eponymous buildings, the star of “The Apprentice,” Donald Trump, during his campaign, urged Americans to bet on him because he’d double what his opponent would spend on infrastructure. Double, he pledged!

So far, that wager has netted Americans nothing. No money. No deal. No bridges, roads or leadless water pipes. And there’s nothing on the horizon since Trump stormed out of the most recent meeting. That was a three-minute session in May with Democratic leaders at which Trump was supposed to discuss the $2 trillion he had proposed earlier to spend on infrastructure. In a press conference immediately afterward, Trump said if the Democrats continued to investigate him, he would refuse to keep his promises to the American people to repair the nation’s infrastructure.

The comedian Stephen Colbert described the situation best, saying Trump told the Democrats: “It’s my way or no highways.”

The situation, however, is no joke. Just ask the New York rail commuters held up for more than 2,000 hours over the past four years by bridge and tunnel breakdowns. Just ask the American Society of Civil Engineers, which gave the nation a D+ grade for infrastructure and estimated that if more than $1 trillion is not added to currently anticipated spending on infrastructure, “the economy is expected to lose $4 trillion in GDP, resulting in the loss of 2.5 million jobs in 2025.”

Candidate Donald Trump knew it was no joke. On the campaign trail, he said U.S. infrastructure was “a mess” and no better than that of a “third-world country.” When an Amtrak train derailed in Philadelphia in 2015, killing eight and injuring 200, he tweeted, “Our roads, airports, tunnels, bridges, electric grid – all falling apart.” Later, he tweeted, “The only one to fix the infrastructure of our country is me.”

Donald Trump promised to make America great again. And that wouldn’t be possible if America’s rail system, locks, dams and pipelines, that is, its vital organs, were “a mess.” Trump signed what he described as a contract with American voters to deliver an infrastructure plan within the first 100 days of his administration.

He mocked his Democratic opponent Hillary Clinton’s proposal to spend $275 billion. “Her number is a fraction of what we’re talking about. We need much more money to rebuild our infrastructure,” he told Fox News in 2016. “I would say at least double her numbers, and you’re going to really need a lot more than that.”

In August of 2016, he promised, “We will build the next generation of roads, bridges, railways, tunnels, seaports and airports that our country deserves. American cars will travel the roads, American planes will connect our cities, and American ships will patrol the seas. American steel will send new skyscrapers soaring. We will put new American metal into the spine of this nation.”

In his victory speech and both of his State of the Union addresses, he pledged again to be the master of infrastructure. “We are going to fix our inner cities and rebuild our highways, bridges, tunnels, airports, school, hospitals. And we will put millions of our people to work,” he said the night he won.

That sounds excellent. That’s exactly what 75 percent of respondents to a Gallup poll said they wanted. That would create millions of family-supporting jobs making the steel, aluminum, concrete, pipes and construction vehicles necessary to accomplish infrastructure repair. That would stimulate the economy in ways that benefit the middle class and the struggling.

That contract Trump signed with American voters to produce an infrastructure plan in the first 100 days: worthless. It never happened. He gave Americans an Infrastructure Week in June of 2017, though, and at just about the 100-day mark, predicted infrastructure spending would “take off like a rocket ship.” Two more Infrastructure Weeks followed in the next two years, but no money.

Trump finally announced a plan in February of 2018, at a little over the 365-day mark, to spend $1.5 trillion on infrastructure. It went nowhere because it managed to annoy both Democrats and Republicans.

It was to be funded by only $200 billion in federal dollars – less than what Hillary Clinton proposed. The rest was to come from state and local governments and from foreign money interests and the private sector. Basically, the idea was to hand over to hedge fund managers the roads and bridges and pipelines originally built, owned and maintained by Americans. The fat cats at the hedge funds would pay for repairs but then toll the assets in perpetuity. Nobody liked it.

That was last year. This year, by which time the words Infrastructure Week had become a synonym for promises not kept, Trump met on April 30 with top Democratic leaders and recommended a $2 trillion infrastructure investment. Democrats praised Trump afterward for taking the challenge seriously and for agreeing to find the money.

“It couldn’t have gone any better,” Ways and Means Committee Chairman Richard E. Neal, D-Mass., told the Washington Post, even though Neal was investigating Trump for possible tax fraud.

Almost immediately, Trump began complaining that Democrats were trying to hoodwink him into raising taxes to pay for the $2 trillion he had offered to spend.

Trump and the Republicans relinquished one way to pay for infrastructure when they passed a tax cut for the rich and corporations in December of 2017. As a result, the rich and corporations pocketed hundreds of billions – $1 trillion over 10 years – and Trump doesn’t have that money to invest in infrastructure. Corporations spent their tax break money on stock buybacks, further enriching the already rich. They didn’t invest in American manufacturing or worker training or wage increases.

Three weeks after the April 30 meeting, Trump snubbed Democrats who returned to the White House hoping the President had found a way to keep his promise to raise $2 trillion for infrastructure. Trump dismissed them like naughty schoolchildren. He told them he wouldn’t countenance Democrats simultaneously investigating him and bargaining with him – even though Democrats were investigating him at the time of the April meeting and one of the investigators – Neal – had attended.

Trump’s reelection motto, Keep America Great, doesn’t work for infrastructure. It’s still a mess. It’s the third year of his presidency, and he has done nothing about it. Apparently, he’s saving this pledge for his next term.

In May, he promised Louisianans a new bridge over Interstate 10 – only if he is re-elected. He said the administration would have it ready to go on day one, “right after the election.” Just like he said he’d produce an infrastructure plan within the first 100 days of his first term.

He’s doubling down on the infrastructure promises. His win would mean Americans get nothing again.