Nadler To The Rescue? 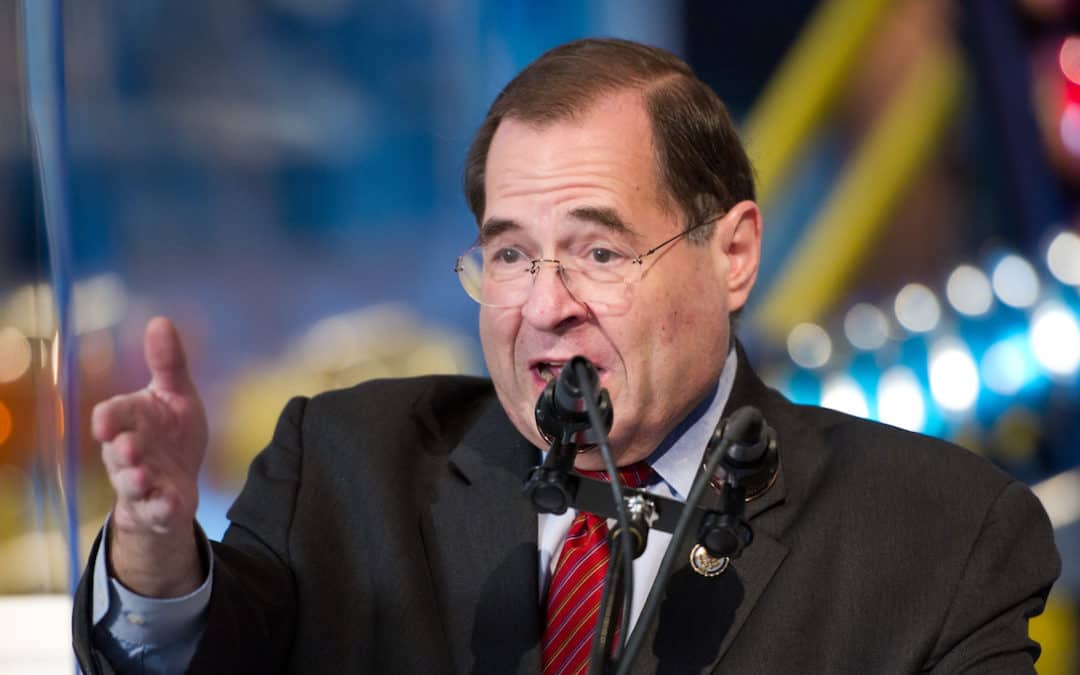 (Full disclosure: Jerry Nadler and I were on the same high-school debate team and were friends at a that time, but we haven’t spoken in decades.)

In announcing that the House Judiciary Committee is effectively commencing an impeachment  inquiry, Committee Chair Jerry Nadler may have begun to rescue House Democrats from Nancy Pelosi’s misguided and stubborn attempts to keep impeachment off the table, just as Congress left town for a six-week summer recess.

Pelosi was prepared to leave Democrats in an unsettled and untenable position during the six-week summer recess, having proclaimed that Trump had committed crimes and that the President isn’t above the law, but that there were no plans were in place to hold him accountable except further investigations.

At her final pre-recess press conference, Pelosi denied (despite behavior that undermined her words) that she was not trying to run the clock out on an impeachment inquiry, asserting rather that “We will proceed when we have what we need to proceed - not one day sooner.”

As I’ve recently written, Pelosi anti-impeachment stance makes increasingly less sense with each passing day, as a matter of both principle and politics.

"Speaker Pelosi’s continued refusal to allow the House to open impeachment proceedings against President Trump is becoming increasingly incoherent. And her continued assertion that her decision is not about politics is becoming downright unbelievable…It’s politically irresponsible for Democrats to claim Trump has broken the law and betrayed the Constitution, then not hold impeachment hearings. This only makes Democrats appear weak and unprincipled. And appearing weak and unprincipled is by definition, bad politics."

MSNBC host Chris Hayes has observed that Pelosi’s stance resembles that of a person with one foot on the dock and one foot in the boat. The likely result is they’ll end up in the water.

Nadler To The Rescue?

Moreover, Nadler announced that the Committee is suing for release of the grand jury material redacted from the Mueller report. Nadler read aloud from the lawsuit, which states that since an Office of Legal Counsel opinion (wrongly in my view) prevents indictment of a sitting President, the House must hold Trump “accountable” by “having access to all relevant facts and consider whether to excise its full Article 1 powers, including a constitutional duty power of the utmost gravity: recommendation of articles or impeachment. (emphasis added)”

Where Do House Democrats Go From Here?

While Nadler and his Judiciary Committee colleagues may have saved Democrats from having nothing to say to their constituents about impeachment during the recess, the question remains whether they’re being too clever by half.

The existence of an impeachment inquiry strengthens Democrats’ court case to obtain the grand jury material and enforce their subpoenas. But absent a formal vote to open an impeachment inquiry, will courts (particularly those with a majority of Republican judges) find the threshold hasn’t been met?

And while Nadler’s acknowledgement that an impeachment inquiry has sorta/kinda begun may help the Democrats finesse the recess, come September the Democrats will have to decide whether to begin formal full-blown impeachment hearings, or it will likely be too late as the 2020 election approaches.

That decision will be determined in part by grassroots activism during the recess. Grassroots Democrats who support impeachment hearings (who represent the views of a majority of Democrats) must show up in force at their Representatives’ offices and town hall meetings and demand that full-blown impeachment hearings commence in September when Congress returns.

Full blown hearings will give the Democrats the opportunity to tell a coherent story of Trump’s high crimes and misdemeanors in a manner that the majority of Americans can understand. Absent that, Trump will proclaim not only that there was no collusion and no obstruction, but that even the “pro-socialist, anti-American” Democrats ultimately agreed with him, since they never brought charges.

In addition to being an abdication of House Democrats’ Constitutional responsibilities, such an outcome would likely be far worse than a House majority making Trump only the third President in history to be impeached for High Crimes and Misdemeanors, even if fewer than 67 Senators vote to convict.