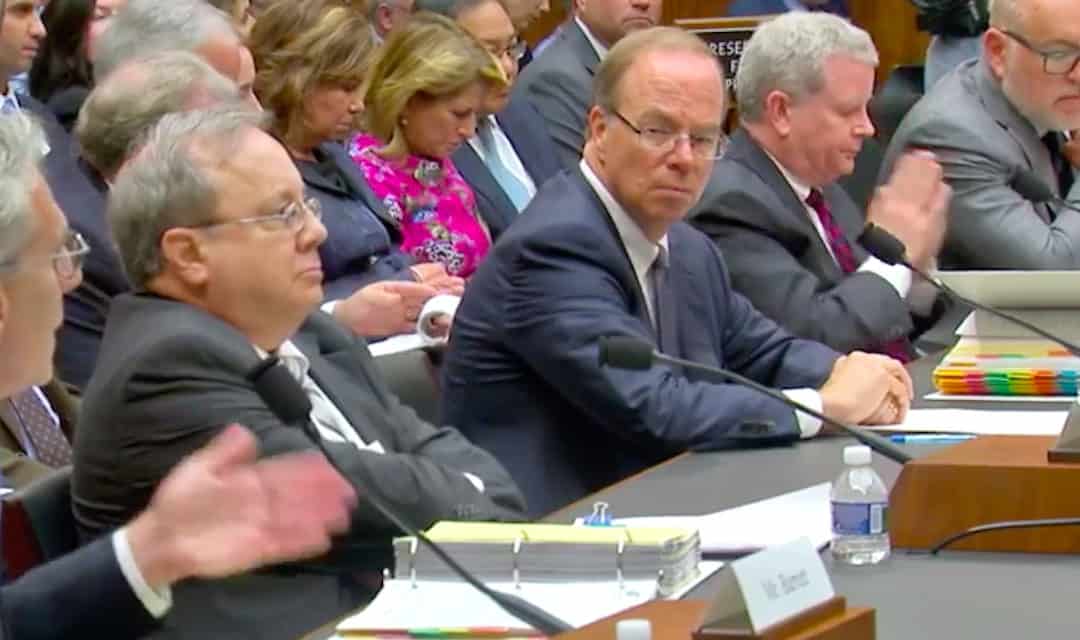 Last week didn’t go so well for the Mexican druglord Joaquín Guzmán Loera. A federal district court sentenced the notorious “El Chapo” to life in prison. The 62-year-old will almost certainly, notes the New York Times, be “spending the rest of his life behind bars.”

El Chapo certainly deserves his fate. The drug cartel he ruled, a jury determined this past February, dumped “hundreds of tons of drugs to the United States” and “caused the deaths of dozens of people to protect himself and his smuggling routes.”

John Hammergren dumped far more deathly damage. Over the years from 2006 through 2012 alone, we learned last week from the release of a previously secret federal drug database, the corporation that Hammergren ran as CEO inundated local communities in the United States with over 14.1 billion highly addictive opioid pills, nearly a fifth of the opioids distributed in those years.

No other corporation distributed more opioids in those years than Hammergren’s McKesson, the Washington Post reports. Overall, America’s corporate health care giants dropped 76 billion opioid pills on American localities in the time period the new stats cover, enough to supply 36 pills to every man, woman, and child in the United States.

Some 2,000 American cities, towns, and counties are now suing McKesson and the rest of the corporate drug distribution complex. They’re charging that these corporations “conspired to flood the nation with opioids.” The companies, the charge continues, didn’t just fail to report suspicious orders. They “filled those orders to maximize profits.”

The new stats the Washington Post has highlighted will undoubtedly heighten the pressure on McKesson and its fellow partners in crime to settle. But John Hammergren personally has little reason to worry. Unlike El Chapo, Hammergren knew when to fade way. He retired this past April, ending a CEO career that began in 2001. Over his first 16 years as CEO, notes Bloomberg, Hammergren pocketed $781 million. His final months in the McKesson chief executive suite brought that total near $800 million. Upon his retirement, he walked away with a pension package worth $138.6 million.

Opioids helped fuel all these rewards — and Hammergren had to know it. In 2007, the federal Drug Enforcement Administration accused McKesson of shipping “millions of doses” of the opioid hydrocodone to shady operators.

“By failing to report suspicious orders for controlled substances that it received from rogue Internet pharmacies,” the DEA charged at the time, “the McKesson Corporation fueled the explosive prescription drug abuse problem we have in this country.”

McKesson would settle those charges the next year and pay a nuisance fine of $13.25 million. The company pledged, in the settlement, to go straight. McKesson would do no such thing. By 2012, federal investigators found themselves once again on the company’s tail. Between 2008 and 2013, they would discover, McKesson filled 1.6 million orders for opioids and reported just 16 as suspicious, with none of those 16 involving one Colorado pharmacy that, the Washington Post notes, was “ordering 2,000 pain pills per day” — in a community of just 38,000 people.

High-ranking executives at McKesson knew exactly what was going on. In 2011, McKesson regulatory affairs director David Gustin noted internally that his company was increasing “the ‘opportunity’ for diversion by exposing more product for introduction into the pipeline than may be being used for legitimate purposes.”

People died from those increases in the opportunity for diversion. Lots of people. Since the mid 1990s, the opioid epidemic has led to the overdose deaths of over 200,000 Americans.

“The supply of drugs matters enormously no matter what else we try to do,” explains Keith Humphreys, a Stanford prof who served as a drug policy adviser to Presidents George W. Bush and Barack Obama. “When there’s a flood of addictive drugs, lots of people end up being harmed.”

And some people end up benefiting enormously. Like John Hammergren. Outrageous rewards, the Washington Post’s new opioid revelations should remind us, only serve to give top executives an incentive to behave outrageously.