This Fourth Of July, We Need To Talk About Family Separation 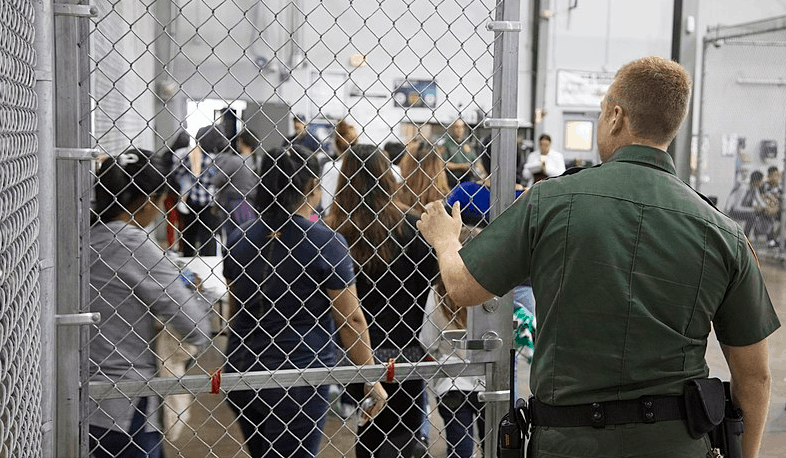 My family - like many of yours - is preparing for a holiday weekend spent celebrating our nation’s birthday with friends. I’m looking forward to going swimming with my kids and watching fireworks.

The awful truth is that while we’re celebrating, thousands of migrant children will be huddling under aluminum blankets on concrete floors, separated from their parents.

The Fourth of July is supposed to be a celebration of our nation’s highest ideals: life, liberty and the pursuit of happiness. That’s why this holiday weekend, I’m urging my friends and family to bear witness to the family separation at our border which is so antithetical to our American values.

We promised ourselves when Trump took office 30 long months ago that we would be vigilant—but as the months wear on, it becomes more and more difficult to live up to that promise. Where do we start?

Every day, we wake up to a new page in this unfolding horror story: A two-year-old in detention with no diaper, covered in mucus, and crying non-stop while girls between the ages of ten and fifteen do their best to care for him. An eight-year-old girl in detention trying to convince a four-year-old boy in her care to take a shower. A four-month-old alone, in detention.

Children shivering under aluminum blankets while attempting to sleep on concrete floors. No toothpaste. No soap. Essential medicines denied.

Our stomachs sink as we scroll through our Twitter feed seeing the hopelessness on the faces of mothers in cramped detention rooms crying for their lost children.

The numbers are staggering. Since 2017, we know that more than 2,600 children have been separated from their families and detained in terrible conditions.  There may be many more. While President Trump claimed to end family separation last year after massive protests swept the country, children are still being separated from their families every day.

Six children have died in U.S. custody and hundreds are still separated from their families.  Last month, the Trump administration announced plans to lock up 225,00 children over five years.   Just this week, ProPublica exposed a secret Facebook group with shocking racist and sexist posts from border patrol agents mocking the children in their custody.

Instead of taking actions to end this epic humanitarian crisis of their own making, two weeks ago, President Trump threatened mass raids to round up and deport families and then delayed those raids until this week.  All across the country, children are going to bed fearing their parents may be ripped away from them at any moment.

I’ve heard people wonder aloud why parents would undertake the risks involved in bringing their children to the United States.

I’m reminded of the words of Somali-British poet Warsan Shire, who said “you have to understand, that no one puts their children in a boat, unless the water is safer than the land.”

These are families fleeing violence, persecution and extreme poverty.  The families that make this often harrowing journey are not taking the easy way out or “skipping the line.” The truth is, in our profoundly broken immigration system, there is no way for most people to migrate safely.

Even for naturalized U.S. citizens and Green Card holders, there is often no way to reunite their families without waiting decades and paying thousands or sometimes tens of thousands of dollars.

It’s true that we need to fix our immigration system, but causing irreparable trauma to children can never be part of the solution.

Would you take a risk to save your child’s life? Would you do whatever you could to be reunited with your children? I know I would. It is their deep and unshakeable love for their children that is driving families to seek out safety here in America.

Here’s where we start. This holiday weekend is the perfect chance to reclaim and proclaim our American values of kindness to the stranger and compassion for those in need. It is a chance to renew our hope and belief in an America that leaves no one behind.

This Fourth of July, let’s celebrate our nation by bearing witness. I’m grateful to People’s Action and the dozens of other groups who are stepping up at this crucial moment.

Join a vigil among the hundreds planned on July 12th or start your own, volunteer at a local organization or donate to a refugee assistance organization such as HIAS or the International Rescue Committee, and talk to your friends, families and neighbors about how to get involved.

Children and families are counting on us. Don’t fall silent. Don’t look away.

We’ve got work to do.