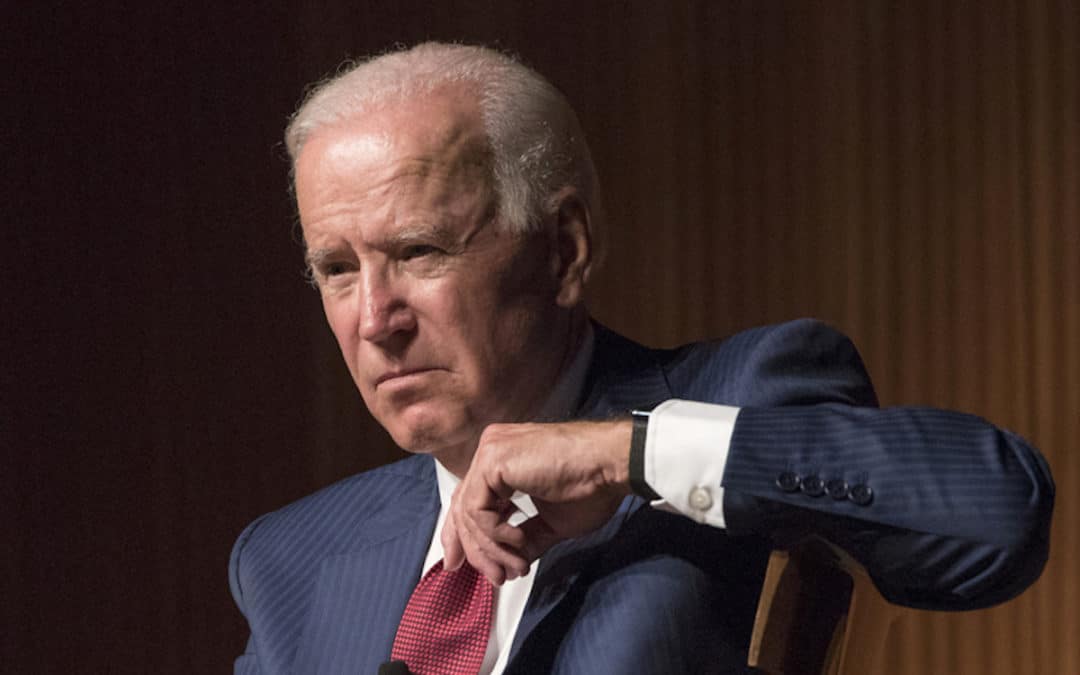 “Anyway, my time is up. I’m sorry.” Joe Biden may have been talking about the timer, but his hapless performance in his first Democratic debate imparted an ironic twist to the words. This first debate of the season is but one of many, but it may well mark a turn in Biden’s prospects.

Slow, old, he seemed to have lost his fastball, and surely sowed doubts about the sole rationale of his candidacy: that he is the one who can take on Donald Trump.

Kamala Harris silenced the stage early in the second night’s debate, saying: “America does not want to witness a food fight, they want to know how we are going to put food on their table.”

That pre-packaged line is, of course, wrong. Debate audiences tend to be more engaged voters. Most watch the debates like NASCAR fans watch the speedway: They may enjoy the jockeying of the cars, but they are waiting for the collision. What’s actually said in a debate—particularly about policy—has less import than the legend that gets formed about it in the days following in social and mass media. The put-downs and bust-ups are more memorable than the policy positions. Here are five takeaways from the first round of debate.

“First of all, I agree completely with Bernie about what the fundamental challenge we’re facing as a country is, 40 years of no economic growth for 90 percent of the American people…and the worst income inequality that we’ve had in 100 years.” Colorado Senator Michael Bennet, who has framed his campaign in opposition to Sanders’s reform proposals that he scorns as “candy,” acknowledged the force of the Sanders critique. Sanders, like Elizabeth Warren on the first night, was not particularly assertive in the debate. He didn’t interrupt or elbow his way into conversations, and didn’t unleash a memorable one-liner. As always, he stayed relentlessly on message.

Yet Sanders’s ideas now frame the debate in the Democratic Party—an extraordinary victory for progressives. Even Joe Biden now endorses a $15 minimum wage, tuition-free college, a Green New Deal, and—in reaction to Sanders’s call for Medicare for All—a public option in Obamacare. With Sanders and Warren leading the way, the Democratic candidates are forced to address the glaring, structural inequities and failures of our current system.

Biden would prefer a campaign focused on a restoration to normalcy after Trump. But even the moderate Democrats agree there is no going back. Trump is a symptom, not a cause; beating him is necessary but not sufficient. As Warren put it, “When you’ve got a government, when you’ve got an economy that does great for those with money and isn’t doing great for everyone else, that is corruption, pure and simple. We need to call it out. We need to attack it head on. And we need to make structural change in our government, in our economy, and in our country.” Conservative pundits like David Brooks fret that Democratic populism will leave “moderates homeless.” In fact, the populist energy driving the debate gives whomever emerges with the nomination a far greater chance against Trump.

Biden is particularly ill-equipped to deal with the progressive ideas and movements that are driving the debate. The new populist surge—on right and left—arises because of the catastrophic failures of the center that Biden personifies. Biden, a Democratic stalwart in the Senate and the Obama White House, is burdened with a record now exposed as continually getting it wrong. Harris defenestrated him on busing and on the harsh reality of the Obama deportation policy. Sanders took him on for supporting the war in Iraq, surely the greatest foreign policy debacle since Vietnam. Bennet challenged his boast about the Obama budget deal that kept most of the Bush tax cuts in place and put harsh lids on domestic spending. No one pressed him on his support for NAFTA, China in the WTO and the TPP, or his contribution to mass incarceration, but they will in the future. The list goes on. Experience is a wonderful asset, except when the record consists of one of one bad call after another. Biden had a bad night last night, but it could easily get worse.

Without question, however, what will be remembered from the two nights of debate is Harris’s charged exchange with Biden over his opposition to busing. “I don’t believe you are a racist,” she began, “but…” She was personal, forceful and direct. Biden’s response was bumbling and inept. Harris looked, as they say, like someone that just might be able to take on Donald Trump straight up.

Harris, whose chief advisers—led by her sister—come out of the establishment Center for American Progress and the Hillary Clinton campaign, has refashioned herself to fit the populist temper of the time. She now champions Medicare for All, tuition-free college, a $15 minimum wage, and the Green New Deal. She’s a staunch liberal on social issues. In the face of progressive doubts about her less-than-sterling record as California attorney general, she’s forcefully moved to more progressive positions in this campaign.

One of her best moments in the debate came early when—in Warren-Sanders fashion—she turned on a question on how to pay for the reforms, asking, “Where was that question when the Republicans and Donald Trump passed a tax bill that benefits the top 1 percent and the biggest corporations in his country…. For too long the rules have been written in favor of the people who have the most and not in favor of the people who work the most.” Warren or Sanders she is not, but she’s also not part of the nay-sayers arguing for incrementalism or a restoration of the past.

One debate doesn’t a campaign make, but with 20 candidates on the stage, keeping score in the early innings is useful. Clearly, on the first night, Warren stood out, Booker and Castro did well. Tulsi Gabbard eviscerated Representative Tim Ryan on Afghanistan. O’Rourke was schooled by Castro on immigration and looked hopelessly out of his depth. Bill de Blasio was more forceful than expected. Governor Jay Inslee and John Delaney did nothing to help their case.

Corey Booker was asked why he criticized Warren for “running around pointing at companies” like Facebook, Amazon, and Google that should be broken up. Booker reversed himself, shifting the focus to drug companies and Big Ag. The unspoken reality, of course, was that Democrats raising money from Wall Street and high-tech deep pockets may take up populist postures, but don’t want to bite the hands that feeds them. Joe Biden’s bad night began with the first question posed to him, asking, “What did you mean…?” when he told a group of wealthy donors that Democrats should not “demonize the rich,” and that “Nobody has to be punished. No one’s standard of living would change. Nothing would fundamentally change.”

On the second night, in his remorseless fashion, Sanders used his closing to lay down the marker for every candidate: “Nothing will change unless we have the guts to take on Wall Street, the insurance industry, the pharmaceutical industry, the military-industrial complex and the fossil fuel industry. If we don’t have the guts to take them on, we’ll continue to have plans, we’ll continue to have talk and the rich will get richer and everybody else will be struggling.”

As voters try to sort through the Democratic contenders, that is a pretty good standard to measure them by.

Robert Borosage is a leading progressive thinker and writer. First published at The Nation.