Co-Governing In Policy: Where The Rubber Meets The Road 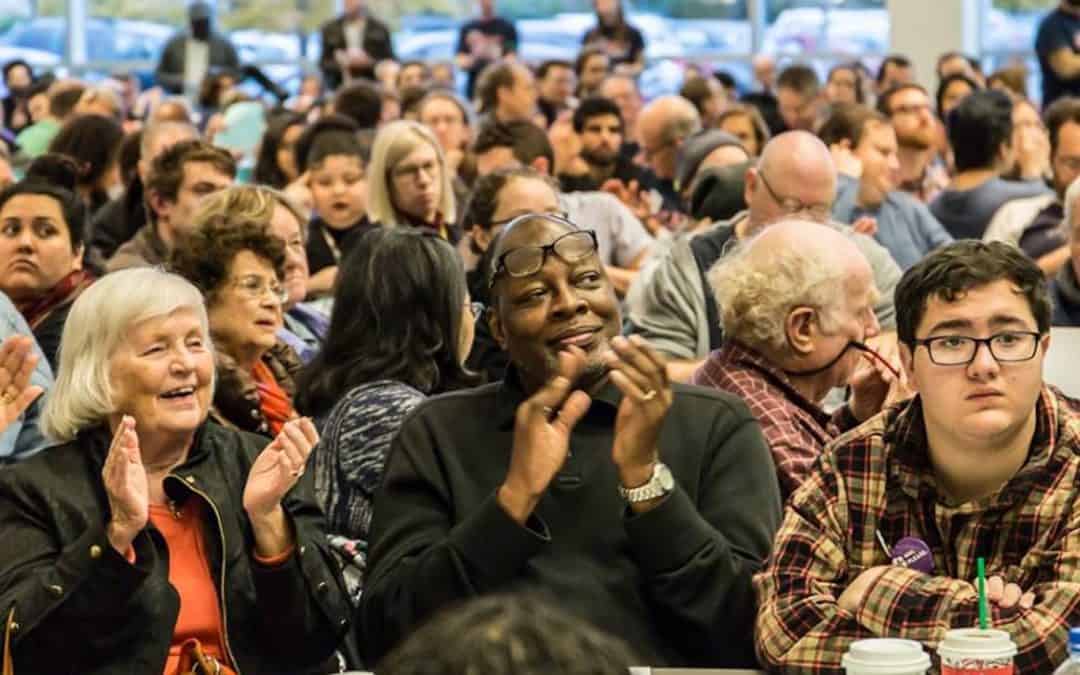 People’s Action and its member groups have boldly moved into electoral politics, successfully electing our own members and candidates who share our values to office. We’ve done this by building training pipelines and strategies that have proven effective to elect progressive champions with whom we can co-govern.

Indeed, hundreds of “people’s champions” now hold office, all across the country, and at every level – from local school and agriculture boards to town and city councils, in statehouses and governor’s offices and as representatives in Washington, D.C.

Co-governing is still a new concept that is ours to imagine and create. Most of the conversation around it centers on redefining the relationship between movement organizations and elected officials. But there is another major aspect of governance that is just as important: engaging those who implement policies in agencies and commissions.

This matters, because it’s often these unelected officials who implement – or can block – important policies. They’re where the rubber meets the road. Many a legislative victory has been undone by the appointed officials, agencies and commissions who are tasked to implement and regulate the policies we have won.

“One of our fundamental obstacles to co-governing is the structures within state government that are captured by corporate interests such as big ag and health insurance companies,” says Elizabeth Linesch, a longtime organizer with TakeAction Minnesota. “These structures are almost exempt from democratic process, run from behind closed doors, and based solely on access and influence.”

“We’ve found that often the implementation or enforcement of our greatest political and legislative victories were undermined by these structures,” says Linesch. “Then the story can become a self-defeating narrative that government is incapable.”

One example Linesch says taught her how the odds are often stacked against progressive change is when Minnesota tried to create the insurance exchanges mandated under the Affordable Care Act.

“We realized we were not equipped to go toe to toe in endless meetings and hearings with rooms full of industry lawyers, numbers crunchers and lobbyists around implementation,” she recalls.

“There were so many minute details and so many numbers to be crunched, but they mattered in the health outcomes of Minnesotans. So we had to adapt, and make sure we had strong and clear demands about accountability and oversight structures, so that implementation would include our leaders and people from the community.”

While TakeAction’s strategy was a deft response to the reality that deep-pocketed interests often hold tremendous sway over the positions of both parties, it begs the question: can people’s organizations ever develop the internal capacity to stand up to big money’s seemingly endless army of for-hire experts, staffers and bureaucrats?

Here in Illinois, a cursory review finds approximately 300 official commissions, many of which are full of lobbyists and appointees whose terms should have expired long ago. Some of these bodies wield tremendous power. What isn’t clear is how many people on all these commissions, if any, truly represent working people and communities who aren’t highly politically connected.

So in addition to working to elect grassroots leaders, it may be high time to demand that the grassroots get seats at the tables of government appointees as well. But if we want seats at those tables, we’ll need to get ready to attend a LOT of meetings.

“Movement organizations tend to attract people with strong values who want to fight for political change and moral policy outcomes, but they tend not to be the people who want to sit through meetings on the Commerce Commission or Health Facilities and Services Review Board,” says Daniel Biss, a former Illinois State Senator  and close ally of Fair Economy Illinois, the state alignment of People’s Action member organizations in the state. “But boy, could we have used some of our people in those rooms!”

Do The Right Thing

Perhaps the most direct and effective route toward co-governing at the administrative level is by challenging the candidates we elect to do the right thing when they choose their own staff.

Back in 2012, when I was the Director of The People’s Lobby here in Chicago, we finally pulled the trigger to enter electoral politics by forming a 501c4 and a PAC. Our first task was to help choose the right candidate to fill the seat in Congress left vacant by Jesse Jackson, Jr.

We endorsed Robin Kelly, who now holds this seat, and helped her win by providing two-thirds of her volunteer field. But once in office, Kelly failed to hire anyone from her campaign. Instead, she let political insiders hire her staff, who advised her to renege on commitments she had made to her grassroots base to support policies like the “Robin Hood Tax” on financial transactions and to join the Congressional Progressive Caucus.

This was a huge letdown, and could easily have dissuaded us from further forays into electoral politics. But instead, what we learned from this experience was to tell candidates we expect input on staffing commensurate with our level of support up front.

Biss, who recently ran as a progressive for the governor’s office, suggests it is crucial to address the staffing question early, during the campaign. After a candidate takes office is too late.

“Newly electeds are scared. They often don't know who will truly have their back,” says Bliss. “Maybe the best strategy to get staffers on the inside is to place someone inside the campaign itself, so they can build a relationship and earn that trust. It makes getting someone hired to a meaningful position in that administration a lot more likely.”

David Hatch is a longtime community organizer in Chicago, where he was executive director of Reclaim Chicago and founder of The People’s Lobby, part of the People’s Action national network of grassroots groups.