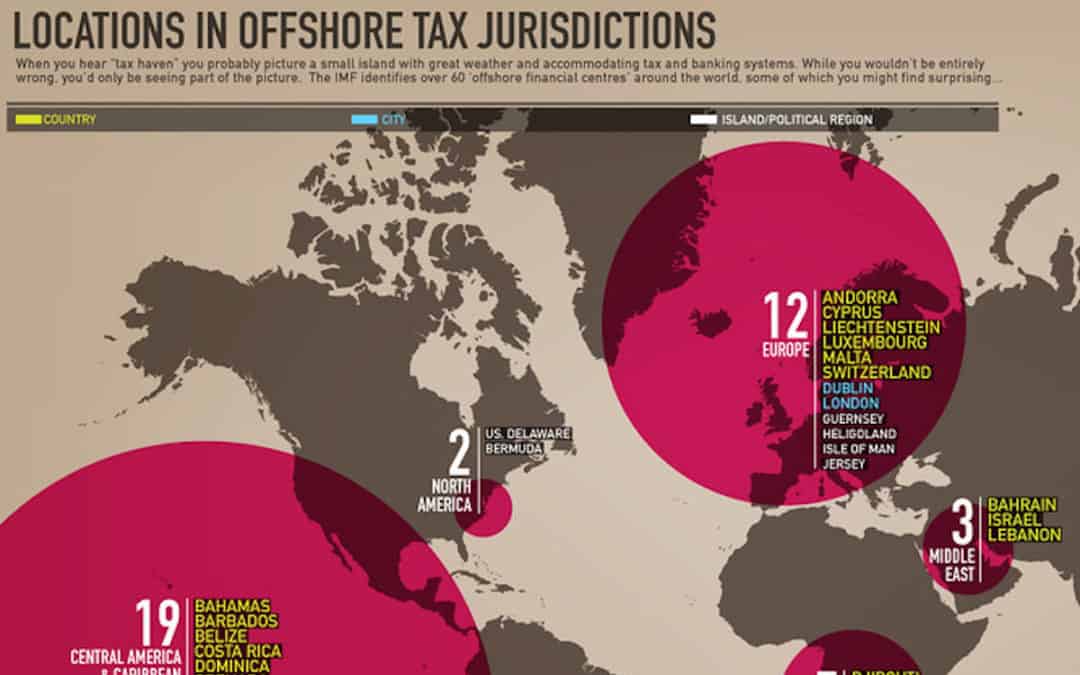 We have a great deal of statistical data, in America today, about the economic circumstances of Americans who live in poverty. We know far less, by contrast, about Americans who live amid great wealth. And much of what we do know, suggests a revealing new study, turns out to be wrong.

What are these conventional analyses not taking into account? A simple reality of our deeply unequal age: Extravagantly wealthy people cheat on their taxes. Regularly. Extravagantly, too. Our super rich are stashing vast chunks of their personal fortunes in offshore tax havens, generating billions annually in new income that — to their governments — goes unseen and untaxed.

Just how enormous has this tax evasion by the super rich become? University of California-Berkeley economist Gabriel Zucman and his Scandinavian colleagues Annette Alstadsæter and Niels Johannesen calculate — in a just-published American Economic Review paper — that offshore tax havens are enabling our world’s richest 0.01 percent to evade 25 percent of the income taxes they ought to be paying.

The holdings of this wealthiest one-hundredth of 1 percent, the three researchers relate, make up about 50 percent of the overall assets parked in tax havens. The super rich are using these havens, add Zucman and his colleagues, to conceal about 40 percent of their total personal fortunes.

The most recent Federal Reserve Board figures on U.S. inequality, released this past March, put the top 1 percent’s share of American personal wealth at 32 percent, up from 23 percent in 1989. Other estimates place the top 1 percent share closer to 40 percent. But with the new calculations from Zucman and his colleagues, the Institute on Taxation and Economic Policy’s Matthew Gardner reflects, even this 40 percent estimate could well be a distinctly “low-ball number.”

But can we trust the numbers from the Zucman team? After all, how could a mere trio of researchers unearth hidden fortunes that the super rich spend big bucks to keep hidden? These three particular researchers had some unconventional assistance.

Over recent years, whistleblowers at some of the private banks and legal firms that cater to wealthy tax evaders — remember the “Panama Papers”? — have exposed vast stores of financial records that document the daily nitty-gritty of tax-evading transactions. The Zucman team tapped these records.

Additional tax-evasion records have come from the “tax amnesties” that a number of governments extended to tax cheats during the 2008-2009 financial crisis. To qualify for the amnesties, evaders had to fess up to the tax-time games they were playing.

Zucman and his colleagues also enlisted some indispensable cooperation from tax officials in Norway, Sweden, and Denmark. This help enabled them, as one admirer notes, to match up the whistleblower data they had collected with tax records “to map out the frequency of tax avoidance, by income level, among residents of Scandinavian countries.”

Super-rich households in Scandinavia, all this scholarly sleuthing revealed, are evading five times more of the taxes they owe than all the rest of Scandinavians.

“Do our findings apply to other countries?” the Zucman team asks in its new paper. “We certainly do not claim that our estimates of evasion by wealth group in Scandinavia hold everywhere as a universal law. We note, however, that there is nothing unique to Scandinavia that could explain the high evasion rates we find at the top.”

In fact, given powerful cultural norms in Scandinavia that encourage respect for the rule of law, the researchers believe that levels of tax evasion by the wealthy “may be even higher elsewhere” in the world.

How deep could that evading run among America’s super rich? U.S. tax officials have made some attempts in the past to estimate evasion rates. The latest IRS stats on tax evasion — from a 2016 report — covered the tax years from 2008 through 2010. They showed a $406-billion “tax gap” between what taxpayers owed Uncle Sam and what they actually paid.

But the IRS “tax gap” stats, the federal Government Accountability Office points out, do not figure in the federal government’s “revenue loss due to offshore noncompliance.” In other words, the official IRS stats simply ignore an entire tax-evasion universe.

The IRS does have an excuse for this analytical failure. Chronic budget underfunding has left the agency woefully understaffed, with not enough resources to adequately investigate — or crack down on — wealthy tax evaders. In 2018, the IRS acknowledged last month, America’s millionaires ended up 80 percent less likely to be audited than they had been in 2011.

“Every year,” observes ProPublica’s Paul Kiel, “the news gets better for the rich — especially those prone to go bold on their taxes.”

Indeed, instead of cracking down on tax evasion, federal tax policy is now rewarding it. The IRS tax-gap research identifies “underreported business income” as the single largest domestic source of that gap. Most of this underreported business income flows to partnerships, sole proprietorships, and other business entities that “pass through” all the income they generate to their owners. The 2017 Trump tax cut lowers the tax rate on “pass-through” income, in effect “solving” the problem of the rich evading taxes by slashing the taxes the rich by law need to pay.

What do we need to be doing to turn things around? We need to “go bold” on fighting income and wealth concentration. How could we do that? Analysts Alexandra Thornton and Galen Hendricks at the Center for American Progress have just released a valuable new study, Ending Special Tax Treatment for the Very Wealthy, that cogently examines a variety of attractive options.

Front and center among these choices: an annual “wealth tax” on the assets of the super rich. A mere 2 percent annual levy, the study notes, “would gradually address the enormous amounts of untaxed wealth accumulated — especially by the top 0.1 percent — over the past few decades.”

But moves like a wealth tax, the authors stress, will only succeed if we also take on the challenge of stopping the super rich from shifting assets offshore to evade their U.S. tax liability.

And we can certainly do that, maintain Berkeley’s Zucman and his fellow researchers. The key to tax-enforcement success: enacting “sanctions against the suppliers of tax evasion services.”

“If policymakers were willing to systematically put out of business the financial institutions found facilitating evasion,” the three researchers write, “then the supply of evasion services would shrink, and tax evasion at the top could be reduced dramatically.”

Don’t hold your breath waiting for the Trump administration to take any serious step down that road. Veteran tax journalist David Cay Johnston has just broken the news that a promising IRS investigation into a massive tax dodge that benefited the only Koch family billionaire who backed Donald Trump’s presidential campaign shut down soon after Trump became president.