A Nation Where Only The Rich Have Homes? 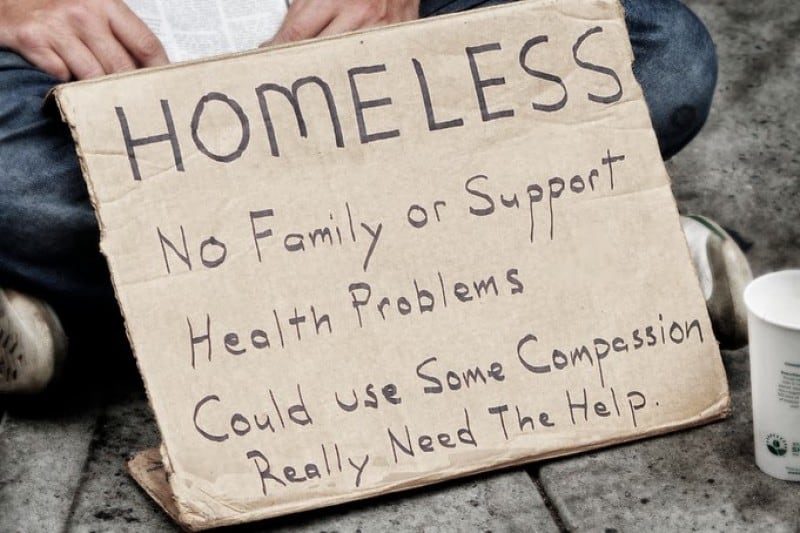 In our daily lives, as anyone who keeps a household budget can attest, the unexpected happens all the time. A refrigerator motor fails. Some part on your car you never realized existed breaks down. A loved one passes away and you have to — you want to — be at the funeral a thousand miles away.

“Unexpected” expenses like these will, sooner or later, hit all of us. But all of us, says new research out of the Federal Reserve, can’t afford them.

In fact, just under 40 percent of Americans, says the Fed’s sixth annual household economics survey, “would have difficulty handling an emergency expense as small as $400.”

A fifth of American adults, the new Fed study adds, had major unexpected medical bills last year. An even larger share of Americans — one quarter — “skipped necessary medical care in 2018 because they were unable to afford the cost.”

Meanwhile, 17 percent of American adults can’t afford to pay all their monthly bills, even if they don’t experience an unexpected expense.

The new Fed report offers no anecdotal color, just waves of carefully collected statistical data. For a sense of what these stats mean in human terms, we need only look around where we live, particularly if we live in one of the many metro areas where inequality is squeezing millions of Americans who once considered themselves solidly “middle class.” Places like the Bay Area in California.

San Francisco, recent research shows, now has more billionaires per capita than any other city in the world. By one reckoning, San Francisco also has the highest cost of living in the world, as all those billionaires — and the rest of the city’s ultra rich — bid up prices on the most desirable local real estate.

But the Bay Area squeeze goes beyond the confines of San Francisco. Nearby Oakland and Berkeley are facing enormous affordable housing shortages as well. The Bay Area as a whole now has more than 30,000 homeless.

Two-thirds of these homeless Californians haven’t been able to find temporary sheltering services. They live and sleep outdoors, many in lines of RVs parked along public right-of-ways like the waterfront in Berkeley. And that has infuriated nearby residents who’ve paid big bucks for their residences.

Berkeley city council member Kate Harrison has felt the fury first-hand — from constituents who wanted the RVs of homeless people banned from the waterfront.

“I paid a million dollars for my place,” one constituent told her, “and they have a better view.”

Local officials in Bay Area cities don’t know quite what to do. On one side, they have people without shelter who have real and unmet human needs. On the other, they have angry affluents with shelter who see their neighborhoods under siege from homeless hordes.

The more people spend on housing, Berkeley councilperson Harrison has come to understand, the more “aggrieved” they feel.

“Only the one percent here,” she adds, “feel economically secure.”

In other words, inequality has local officials coming and going. The ranks of the homeless are growing because almost all the gains from America’s growing economy, as the Economic Policy Institute’s Elise Gould testified to Congress this past March, are “going to households at the top.”

Empathy for the plight of the homeless, meanwhile, is withering away, particularly among society’s most fortunate, as the social distance between that top and the rest of society widens. The rich have climbed so far up the income ladder that they can’t see the humanity on the faces of people stuck on the lower rungs.

What happens when empathy all but totally disappears? You get the life that the 33-year-old Ashana Cunningham lives in southwest Connecticut, the home to some of America’s grandest hedge-fund fortunes — as well as more separate and unequal housing, a devastating just-published analysis notes, “than nearly everywhere else in the country.”

Cunningham, the mother of three, lives in a homeless shelter amid abandoned factories and rundown houses. She takes a long bus commute every day to a high-priced day care center in one of Connecticut’s poshest areas. Cunningham couldn’t afford to live in that area even if she made triple her $12.50 per hour salary because, as joint reporting by Pro Publica and the Connecticut Mirror details, Connecticut’s wealthiest communities have been blocking construction of any modestly priced housing “within their borders for the last two decades, often through exclusionary zoning requirements.”

Towns like Westport — median home value: $1.15 million — have surrounded themselves “with invisible walls to block affordable housing and, by extension, the people who need it.”

One local developer five years ago proposed a project for Westport that would accommodate up to 12 families via a mix of single- and multifamily housing units on a 2.2-acre property he had purchased. The density, the developer explain, would allow the units to sell “for less than the typical Westport home.”

The Westport Planning and Zoning Commission denied his plan.

“To me,” declared one commissioner who voted against the plan, “this is ghettoizing Westport.”

In reality, the wealthy in localities like Westport have effectively “ghettoized” their corner of Connecticut, locking in place an extreme inequality that’s doing deep damage to the young people who grow up within it. So suggests a study that appeared last month in the medical journal JAMA Pediatrics.

The researchers involved in the study examined data from nearly 30,000 schools and found “the first evidence of an association between early-life inequality and adolescent bullying.”

“Put another way,” explains an analysis of the study from Harvard’s Shorenstein Center, “there is a link between early life inequality and being bullied at school later in life.”

The new study’s lead author, Frank Elgar of Montreal’s McGill University, emphasizes that the link his team’s researchers found rests between inequality and bullying, not poverty and bullying. The “effect of growing up in an unequal setting,” Elgar points out, may well be significantly — and negatively — altering the course of children’s development.

Just how does inequality have this impact? The researchers say we need more research. How about they start that probing in southwest Connecticut.