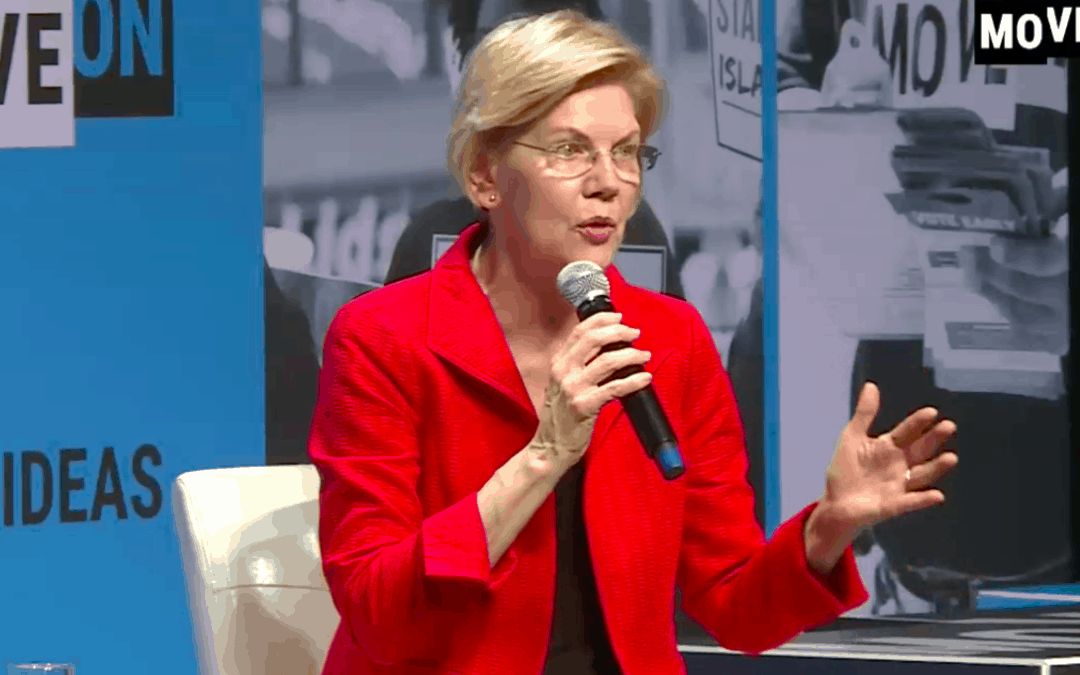 As the 2020 presidential campaign gears up, progressives are forcing a serious and necessary reassessment of foreign policy. Just as they have clashed with the establishment over domestic issues, left-leaning candidates dispute both the “indispensable nation” fantasies of the liberal internationalists and President Donald Trump’s “America first” nativism. The progressive challenge to conventional wisdom has demanded that growing inequality and climate change be treated as first-order national-security issues, and yet, to a large extent, the progressive reform agenda still slights the clear, present, and growing danger posed by catastrophic climate destruction.

Domestically, progressives issued the call for a Green New Deal, which summons the country to embrace the scope of the industrial policies and investments needed. We haven’t seen the equivalent yet in a foreign-policy agenda. One thing should be apparent, however: No agenda that suggests that the United States can withdraw from the world or assert an “America first” unilateralism can even begin to address the most serious threat we face. To save ourselves and reduce the United States’ harmful global footprint, we need new thinking, new institutions, and a fundamental reordering of priorities.

Though elaboration of a progressive foreign-policy alternative is still in its early stages, some lawmakers give reason for hope. Senators Bernie Sanders and Elizabeth Warren have set the pace, putting forth forceful critiques of our current course and elaborating bold alternatives. In the face of scabrous red-baiting, Representative Tulsi Gabbard has made the issue of America’s failed and endless wars central to her campaign. In Congress, progressives led by Sanders in the Senate and Representatives Ro Khanna and Barbara Lee in the House have begun to reassert congressional war powers, gaining bipartisan support to end US complicity with Saudi Arabia’s savaging of Yemen (though the resolution was vetoed by Trump), and pushing to terminate the post-9/11 Authorization for the Use of Military Force which presidents have used to claim authority for the metastasizing war on terror. On the streets, the Poor People’s Campaign led by the Rev. William Barber II has revived Dr. Martin Luther King Jr.’s challenge to militarism and our distorted priorities, and climate activists across the world are just beginning to make their passion felt.

There is broad consensus on the left about some core elements of the progressive challenge, particularly opposition to wars without end, skepticism about regime change, and growing doubts about America’s effort to police the world. Sanders and Warren call for ending the war in Afghanistan, withdrawing troops from Syria, and stopping the horror in Yemen. Sanders and Gabbard have warned about the buildup toward war with Iran. Senator Kamala Harris has opposed US military support for Venezuela’s attempted coup, though she has also condemned Venezuelan President Nicolás Maduro. Sanders has boldly questioned the fundamental assumption of the “Global War on Terror”—that the United States should be chasing terrorists in countries across the world, inevitably generating more of them than we defeat.

In these respects progressives echo the conservative “realists” Stephen Walt and John Mearsheimer, political scientists at Harvard and the University of Chicago, respectively, who call for the United States to stop trying to promote democracy at the end of a bayonet. Walt and Mearsheimer envision the US acting as an “offshore balancer” and urge Washington to “concentrate on what really matters: preserving US dominance in the Western Hemisphere and countering potential hegemons in Europe, Northeast Asia, and the Persian Gulf.”

Another widely accepted pillar of the progressive challenge calls for the United States to focus on rebuilding its strength at home by making the investments needed to modernize our decrepit infrastructure, regain our lead in science and technology, and provide quality education and advanced training. Curbing military intervention and reducing our bloated military budget are essential for a new focus on domestic renewal, and Warren has seized on this economic theme with particular attention to the pervasive corruption and waste of Pentagon contracting. She also forcefully challenges the the Obama-Trump trillion-dollar commitment to a new generation of nuclear weapons. She has even put forth an agenda for turning the military green—but has not offered a broader perspective on what must be done to meet the global threat of climate change.

While not all candidates match Warren’s economic vision, progressives largely agree that the domestic and international political economy are intertwined. Corporate-defined international economic rules have contributed to extreme inequality, widespread corruption, and the corrosion of democracy by big money and entrenched interests. Those forces have fueled the anger that drives nationalist movements and authoritarian governments across the world.

Here the alternative agenda is still in formative stages. Many Democrats now oppose the corporate trade regime, from NAFTA to the TPP. Congressional Democrats are paying new attention to the secretive world of tax havens and tax dodges—and the perverse kleptocracy it generates—and many are fixated on Trump’s personal corruptions and the quid pro quos that may underlie his embrace of Saudi Arabia’s mad course in the Middle East or his dalliances with the Russians. But for progressives, the question is far broader: How do we crack down on corporate monopolies and illicit flows of big money?

Progressives are also far from united on how to respond to the revival of great-power politics. The Pentagon now calls Russia and China a greater threat to our nation than global terrorism. Some reformers, like Peter Beinart, join the conservative realists and call for the US to accept Russian and Chinese spheres of influence. Increasingly, however, progressives are concerned about countering the growth of right-wing nationalist oligarchies and nativist movements that they see as seeking to destabilize advanced democracies here and abroad. Sanders denounces what he terms the “axis of authoritarianism,” in which he includes Russia, Saudi Arabia, Hungary, Turkey, Brazil, and Israel. He warns that wealthy reactionaries in these countries are coordinating efforts to sow division around the world and calls for a new “progressive citizens international” to challenge the right. Ganesh Sitaraman, a Warren adviser, describes the threat as “nationalist oligarchy,” suggesting a new alliance of democracies to defend against cyber attacks, election interference, and corrosive corruption.

The emerging progressive agenda stands in stark contrast to Donald Trump. Trump’s “America first” posturing scorns what came before him, now with former vice president Joe Biden as a frequent target. As the foreign-policy debate unfolds, Biden will be forced to defend a record that includes voting for the war in Iraq and supporting—as an avowed “free trader”—NAFTA, China in the WTO, and the TPP.

In-depth polling and focus-group research indicate that what might be considered Biden’s strength—calling for working with the allies and the international community, taking on dictatorship and authoritarianism in defense of a “rules-based international order”—“fell flat” among voters. Voters are open to America-first nationalism and eager for America to stop policing the world and focus on problems here at home. Their priorities are to protect Americans from external threats like terrorist attacks, keep jobs from moving abroad, and rebuild the country at home.

Progressives are poised to address those concerns. They—Sanders, Warren, and others who will follow—can expose Trump’s broken promise to end “stupid wars,” while his bellicose advisers Bolton, Pompeo, and Abrams scheme to enmesh us in a conflict with Iran or regime change in Venezuela. They can expose his global trade renegotiations as offering more sound than light. His embrace of more military spending and more tax cuts for the rich has simply trampled the promise to put America first. His focus on extending the patent rights of drug companies in NAFTA and protecting the property rights of multinational corporations that operate in China serve investors, not consumers or workers. His trade war with China has only isolated the United States, not its intended target. His affection for dictators and support for right-wing populism puts him on the side of those who seek to corrupt and destabilize democracy. And of course, his embrace of Big Oil and King Coal will be remembered as an unforgivable capitulation to the existential threat we now face.

Exposing Trump’s foreign-policy grift is not only an opportunity; it’s a necessity. Progressives must address “America first” as the scam that it is and indict Trump’s dereliction of duty in the face of the world’s greatest danger. If they do, the evolving progressive agenda will help arm Democrats for the 2020 fight.

First published at The Nation