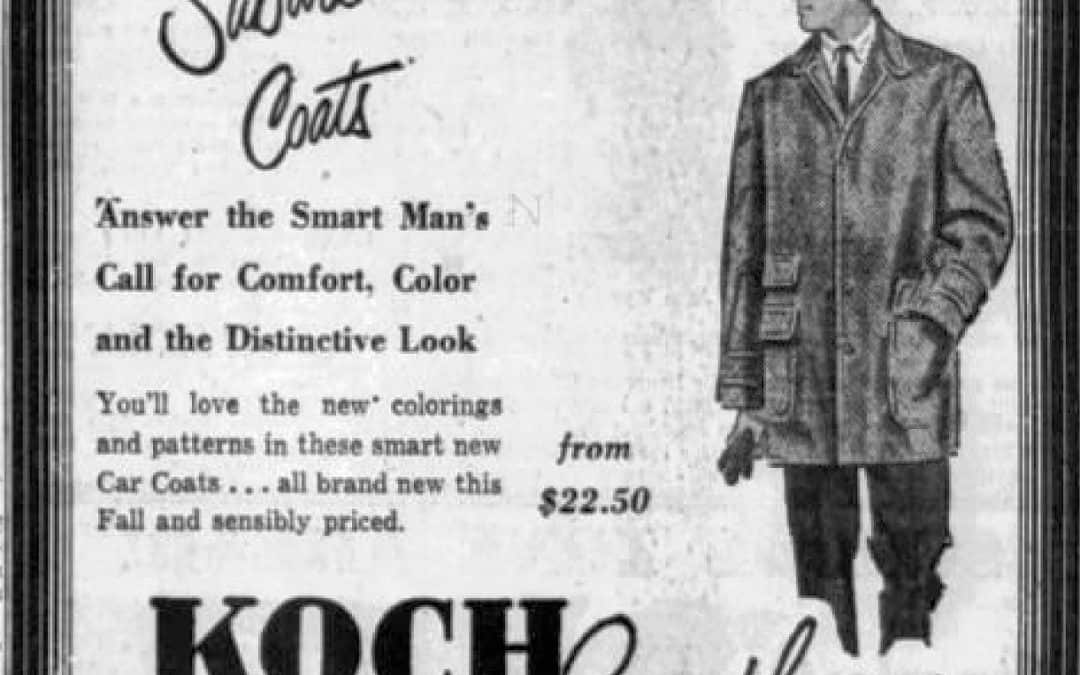 There’s a new Koch organization in town. Instead of trying to buy politicians to do the bidding of billionaires, as Charles and David Koch have historically done, their rebranded network now says they will support community groups trying to cure the miseries of eons – everything from poverty to addiction.

And they’ve got some street cred, having successfully worked with liberal commentator Van Jones to secure legislation to reduce mass incarceration. Billionaire Charles Koch says the mission is this: “We must stand together to help every person rise.”

That is some good stuff, right there. It’s what labor unions have always preached – workers must stand together to gain the collective power essential to pull every one of them up. It works, too. In the middle of the last century, collective bargaining created the great American middle class.

What could be so bad, though, about accepting gifts from billionaires? Just last week, billionaire Robert F. Smith promised to pay off the student loans of 396 graduates of Morehouse College. That means these young people get to launch their careers without the burden of debt. Smith granted the loan forgiveness with no stipulations other than urging every member of the class of 2019 to do what they could to pay it forward – that is, help others achieve as well.

This gift is part of Smith’s effort to fulfill his giving pledge. He signed a formal promise in 2017 to donate half of his fortune, estimated at $5 billion. The giving pledge is a project of billionaires Warren Buffett and Bill and Melinda Gates, who are bequeathing at least half of their money and urging other billionaires to do the same.

In 2016, Smith, who graduated from Cornell University and worked as a chemical engineer before he became an investor, committed to donating $50 million to Cornell’s chemical and biomolecular engineering school. A significant portion of the endowment will be dedicated to scholarships and fellowships for African-American and female students who are traditionally underrepresented in engineering and technology. Cornell then named the department the Robert Frederick Smith School of Chemical and Biomolecular Engineering.

Not all billionaire gifts are benign, however. Just ask the students at George Mason and Florida State universities. Grants from the Kochs to the schools came with significant strings attached.

In the case of the millions the Kochs gave to Florida State for its economics department, the Kochs demanded the right to approve who was hired, to annually review their work and to withdraw funding if dissatisfied. Outrage erupted when students and the public learned of this infringement on academic freedom.

The Kochs donated approximately $150 million to 300 colleges and universities between 2005 and 2015, gifts they frequently specified must support economics and law schools fostering unfettered free-market capitalism. Of that, at least $50 million went to George Mason, where, like at Florida State, the Kochs got control over faculty and course selections. The libertarian brothers’ money helped convert the college into a center for libertarian study.

Three years ago, George Mason renamed its law school after the late, extreme right-wing Supreme Court Justice Antonin Scalia. This occurred after George Mason received a $10 million donation from the Kochs and a $20 million gift arranged by the Federalist Society, a Koch-funded institution that has for decades cultivated conservative and libertarian attorneys and promoted them as jurists, including current Justices Neil Gorsuch and Brett Kavanaugh. George Mason gave the Federalist Society and donors like the Kochs a say in faculty selection.

The Koch intrusion into George Mason academics was revealed by a campus group, Transparent GMU, which sued for release of the information. It is an affiliate of the group UnKoch My Campus, which seeks to preserve academic independence, freedom and integrity, as well as faculty governance rather than donor governance.

It’s one thing to name an engineering school after a guy who sponsored scholarships for women and minority students. That promotes diversity among learners and achievers and new perspectives for scientific inquiry. It’s another thing to name a law school after a reactionary Supreme Court Justice at the bidding of libertarian donors bent on converting the school into a right-wing training camp for future conservative judges. That covertly promotes a specific viewpoint, not free and wide-ranging academic instruction and research.

Billionaires don’t necessarily have students’ or workers’ best interests in mind when they hand out cash. Libertarian and right-wing judges, like the libertarian and right-wing political candidates that the Koch network has propped up with hundreds of millions in donations, push policies that are great for private-jet-owning billionaires, not work-a-day thousandaires.

The 2017 tax cut is a good example. By 2027, millionaires will reap 82 percent of its benefits. The law definitely lined the pockets of the Koch brothers, among the richest people in the world, worth more than $53 billion each. And the Kochs showed their appreciation with a gift. Thirteen days after the U.S. House, under the leadership of former GOP Speaker Paul Ryan, passed the tax break for millionaires, Charles and Elizabeth Koch each gave $247,000 to Ryan’s fundraising campaign, Team Ryan – a total of nearly half a million.

When the U.S. Senate approved the tax cut, which is projected to increase the federal deficit by $1 trillion over a decade, Ryan announced that he would attempt in 2018 to close that massive hole by slashing Medicare and Medicaid. Those are the health insurance programs for the elderly and poor that are beloved and depended on by working people – the very people who got precious little out of the tax cut for the rich that exacerbated the federal deficit.

Here’s the thing: Maybe it’s nice that some billionaires are willing to give. But billionaires’ “gifts” too often bear self-dealing strings. And handouts make many workers queasy anyway. They’d rather earn their own money and make their own decisions.

For Americans to achieve real freedom and self-governance, some of the billions that flow into the pockets of the already rich must go instead into the paychecks of the workers whose sweat creates profits. Political bribes, like the $500,000 the Kochs gave Ryan, must be outlawed. And the rich must be properly taxed so that the nation can afford to pave its roads, send its youngsters to affordable, properly government-supported technical schools and colleges, and restore its once-great middle class. American workers want autonomy, not charity, to help every person rise.