Alabama Won't Roll Over To The Rising Tide Of Hate 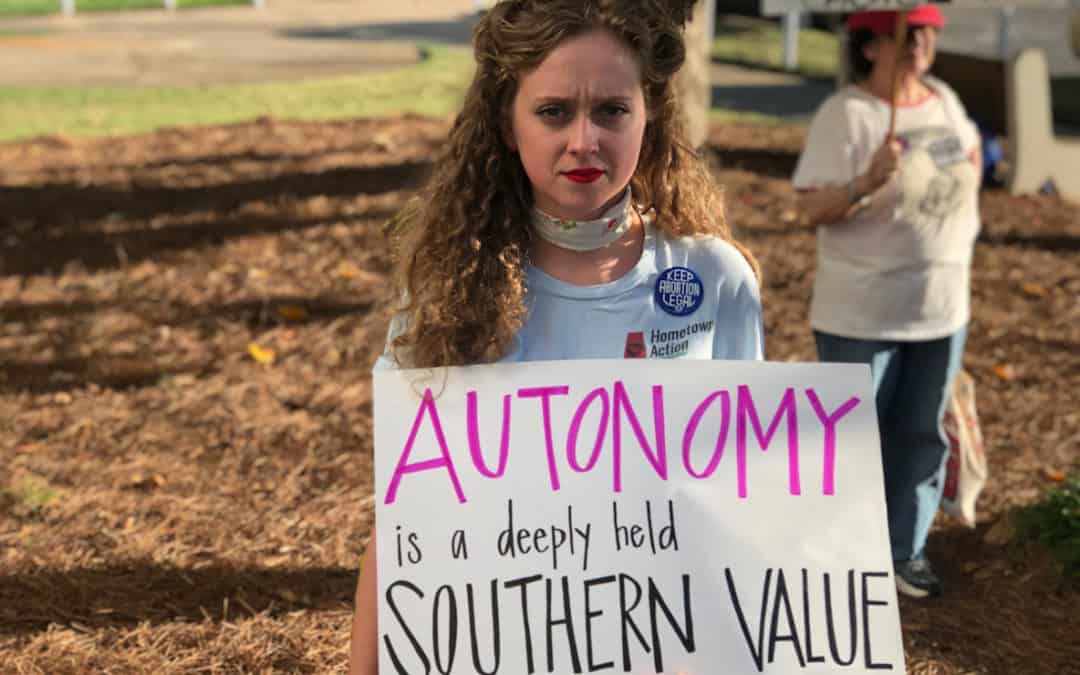 Alabama Governor Kay Ivey just signed the most restrictive anti-abortion law in the country. Doctors now face up to 99 years in prison for offering to end pregnancies, with nearly no exceptions - including cases of incest and rape.

Once again, the people of Alabama are left to fend for themselves, not only within our largely conservative local landscape, but also by the national progressive movement, which has largely written off the people of the Deep South and left us to suffer for our “backwards” ways.

The national anti-abortion movement chose Alabama as the place to seize reproductive freedom for a reason. They hope to build momentum, state by state, and force Roe v. Wade to come before Trump’s Supreme Court.

This should come as no surprise: Alabama’s law is a direct consequence of progressives’ collective decision to disinvest in the South and cede an entire region to the Far Right.  As a result, statehouses across the South have become a sea of Red.

It’s a dark day, but I want to share a bit of context about how we got here and offer some ways progressive folks can throw down with us to build cross-regional solidarity. 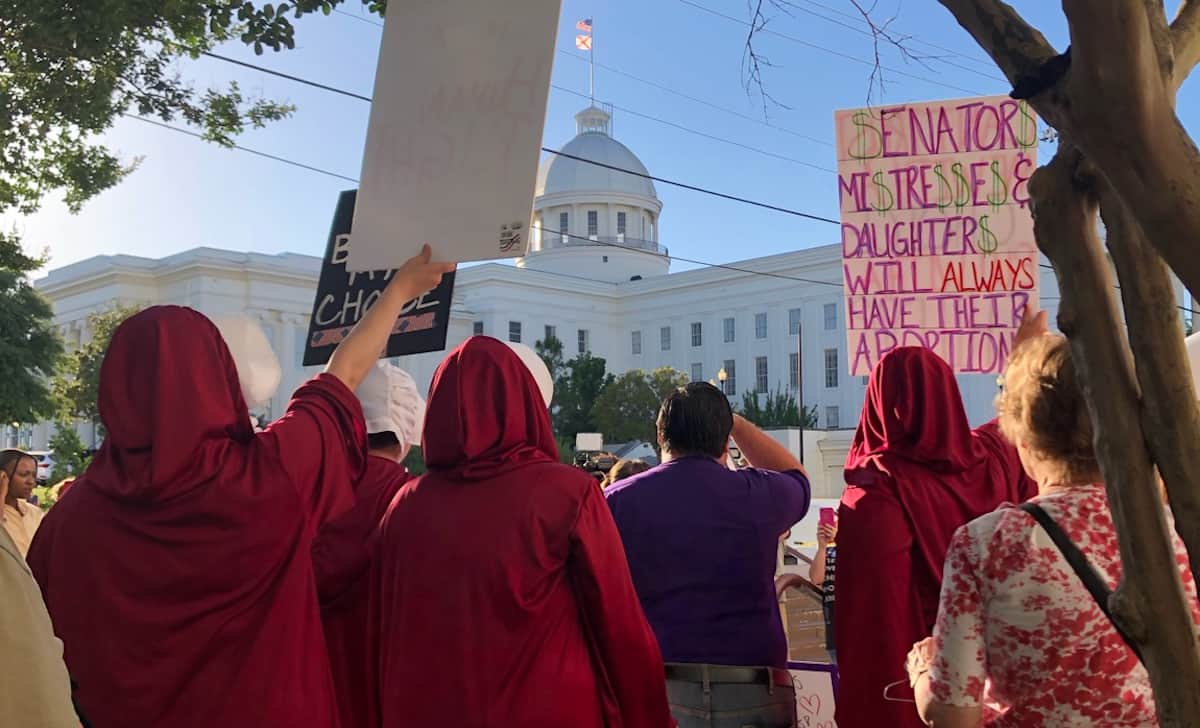 I live in Montgomery. It is Alabama's state capital, and was also the first capital of the Confederacy. My apartment is not far from the spot where Jefferson Davis was declared the “champion of a slave society” in 1861. But it’s also less than a mile from Dexter Avenue, where Rosa Parks refused to give up her seat on a city bus, sparking the birth of the modern Civil Rights movement.

This tension embodies what I feel as an Alabamian. There’s no denying that we have a hell of a lot of problems, and a painful legacy – but we also have a legacy of standing up and speaking out.

At Hometown Action, we know that many of us, conservative and progressive, Democrats and Republicans, have our own unique experiences with reproductive health. I think a lot about the complexity of these experiences and what they trigger in people. Most politicians flatten out and exploit these feelings for their own twisted aims. Not anymore. Not in our name.

This is why we are having deeper conversations with people about how these big politicized issues are felt by us as individuals and communities. We are broadening the conversation, to allow for bridge-building in communities small and large.

This is why we are working to win progressive populist governing power in our state and nation, so we can create policies that are reflective and supportive of our personal and collective complexities and needs. This is why we are creating spaces for healing that move us beyond the limiting dichotomies of pro-choice and pro-life.

This is why we are lifting up our personal and collective traumas around race and gender, and exposing the ways they are manipulated and elevated as rhetoric for policies that restrict our well-being and our individual and collective liberation.

At Hometown Action, we are fighting against Alabama’s reactionary politics of survival to build an alternative future, one in which we create and direct the narratives of our lives rather than constantly eating what we are spoon-fed by the rich and powerful.

Outside of the South, people tend to think of us as homogenous and white – largely because our elected leaders are overwhelmingly Republican, white and male. But the South I know is far more diverse: many areas, like Montgomery, have a Black majority, and a rapidly growing immigrant population.

The South I know is the one where people of color, queer and nonbinary folk can come together with country folks, people on the Gulf and in the foothills of Appalachia, to share our strengths, not our prejudices.  We come together to take back the spaces we love and change the things that are hurting us.

This South is not just possible, it’s real – these are my friends. And this the South that Hometown Action is working to make visible.

Small town people all across the South are resourceful, because they have to be. We find ways to be scrappy, in order to survive. A Hometown Action, our goal is to call on this resourcefulness in positive ways, to help create a future where we all belong, one that we all can believe in.

The right to autonomy is a broadly held Deep South value. It is sometimes clouded in the minds and hearts of our families and neighbors by the politicking of those on the Far Right who want to limit our most intimate personal freedoms. 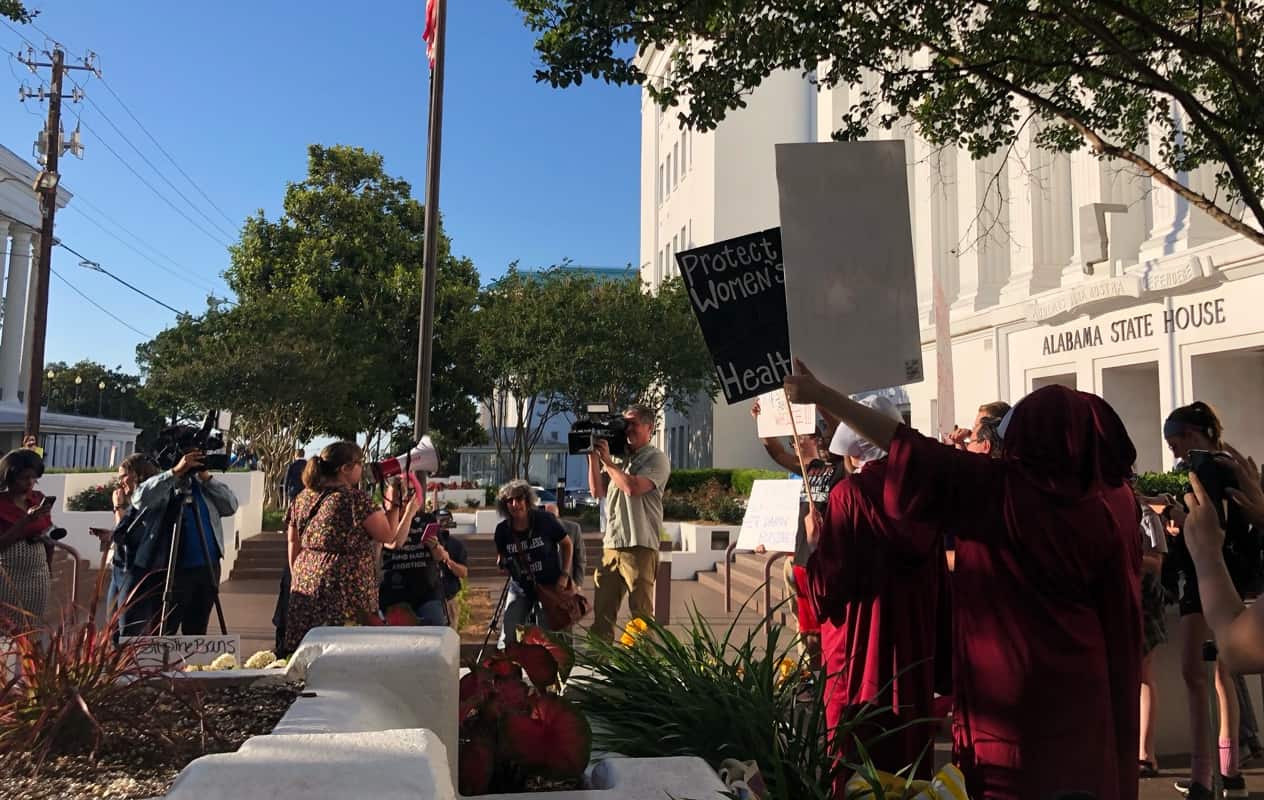 Elected officials are bargaining the well-being of Alabama’s people for political leverage, in the hopes once again turning our state into a case study of rightwing extremism, the so-called “Alabamafication” of the country, to get all the way to the Supreme Court. They think Alabama will just roll over and get out of their way.

But we’ve got news for them. This Alabama – Hometown Action's Alabama, the one we believe in - won’t roll over. We’re taking back our communities, and power in our own lives. No one can take this from us - not now, not ever. And you CAN help us build it by supporting Hometown Action's work.

KC Vick is a white Southern queer femme health worker from West Alabama, and a founding member of Hometown Action, part of the People's Action national network of grassroots groups. They are now growing into a staff role as Director of Culture and Power Building, organizing Deep South people towards healing and liberation.