Why I’m Striking Against Uber 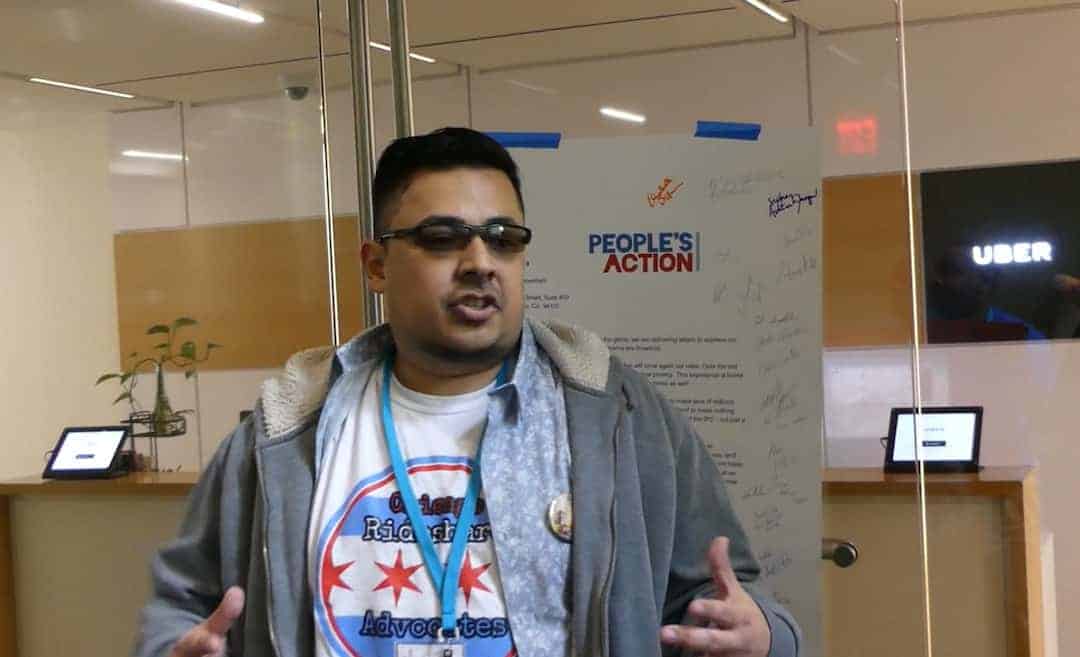 Today, I’m doing what Uber drivers all around the world are doing: I’m going on strike.

I’m far from alone. What started on a Chicago streetcorner last September has blossomed into an international movement: we’re now joined by thousands of rideshare drivers - in New York, Atlanta and L.A., but also in Scotland, South America and Africa, as we turn off our apps and refuse rides.

Why are we striking? Because Uber pays drivers a pittance, while its executives become multimillionaires in the company’s initial public stock offering, which is expected to raise $90 billion. Uber founder Travis Kalanick will rake in at least $6 billion, even though he’s left the company. Ari Emanuel, the brother of Chicago’s mayor, Rahm, invested early in Uber so he will also make a fortune.

How little does Uber pay its drivers? Pennies on the mile. They say they skim 20 percent off every ride, but the truth is they take as much as 80 percent from many drivers. That’s because in addition to charging commissions, they’ve become loan sharks, too. 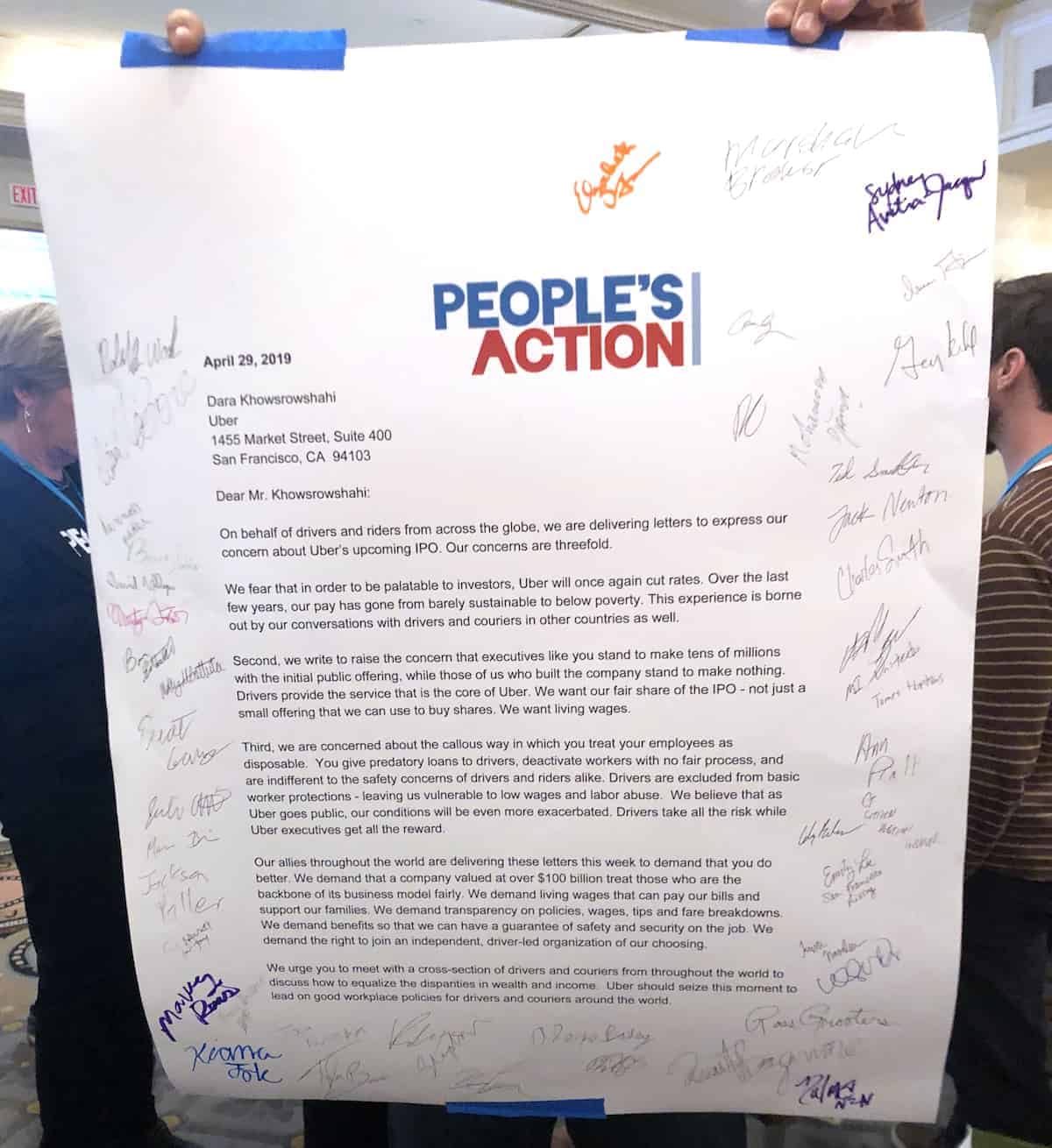 Truth is, nowadays Uber is little more than a payday loan on wheels. They target low-income, minority and immigrant drivers who don’t understand what they’re giving away when they sign up with Uber.

No credit? No problem, says Uber! We’ll set you up with a car lease and get you on the road in no time. All you have to do is agree to make a weekly payment from what you earn, and commit to make 150-200 drives a week for the company.

The problem is, to meet these quotas a driver has to work six days of twelve hour shifts to clear $600, if he’s lucky. They feel enslaved. That’s why the turnover rate for rideshare drivers is so high. Some even take their own lives.

I remember when I first started driving, eight years ago: as a new dad, we needed extra income for childcare. Back then, Uber used to advertise that full-time drivers could make $90,000 a year – all on their own time. That sounded great, so I signed up!

And it was great, for a while. I bought a new vehicle, and drove mostly in upscale neighborhoods and to the airport. But as Mayor Emanuel began to flood Chicago’s streets with rideshares, Uber’s profits in the city – and mine – began to plummet.

Uber moved its Chicago offices into impoverished neighborhoods, where now they prey on poor and desperate drivers. But they don’t serve those communities – they compel drivers to work in gentrified areas, to keep prices there low. Riders in low-income neighborhoods have to pay the highest rates. Nothing is like Uber says it is.

That’s why one morning last September, a handful of us gathered on the Chicago streetcorner of LaSalle and Jackson to say we’d had enough. A couple of hours later, we had 75 drivers. Now we have the whole world with us. 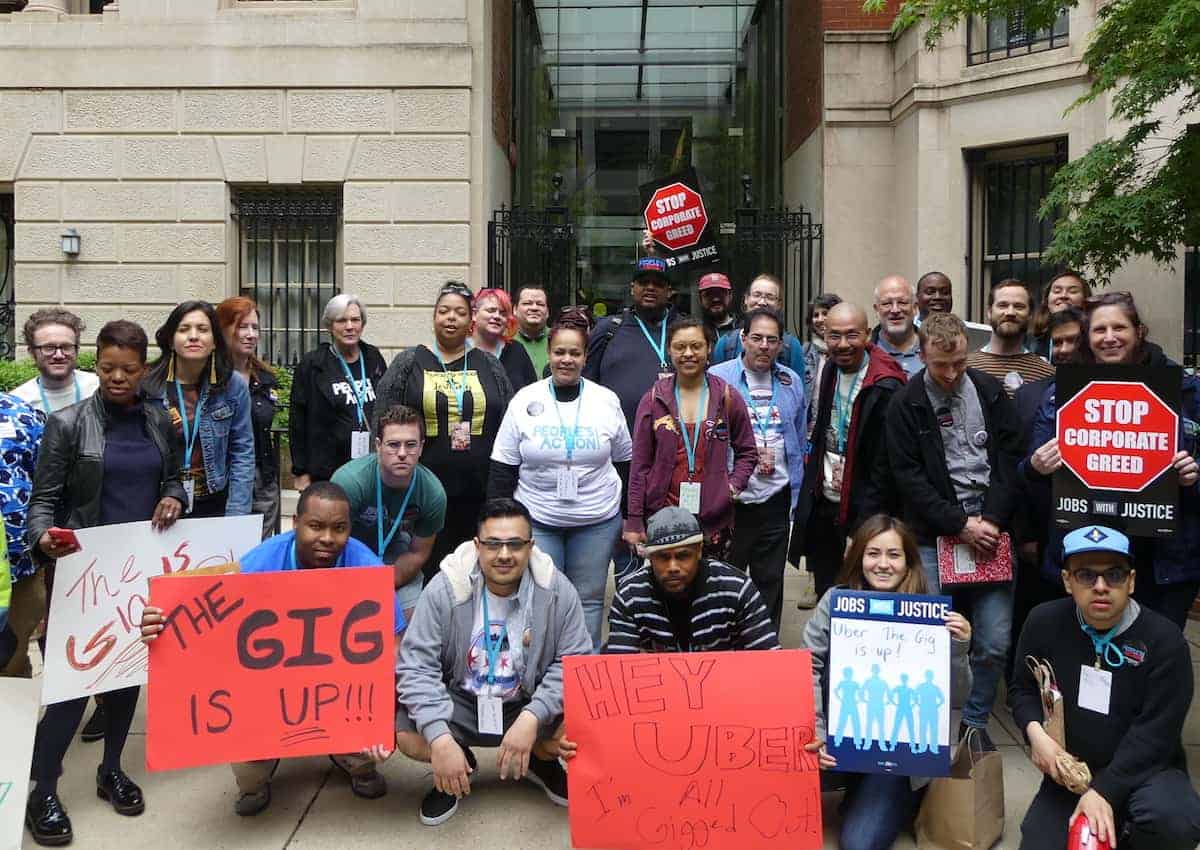 Knowing that we’re no longer alone fills my heart with hope. But the road ahead looks rough, and not only for drivers: because if Uber is richly rewarded by investors for taking advantage of its workers, other industries will follow.  We’ll all become independent contractors, whether we like it or not.

“We’ll pay you $15 an hour,” they’ll tell us. But what they won’t say is that you’ll be stripped of all benefits, your power to organize, and your voice – forever.

That’s why we’re standing together against Uber.  In Chicago, we're gathering at City Hall today at 3 p.m. Will you join us?