Sen. Warren Just Stepped Up On Free College For All 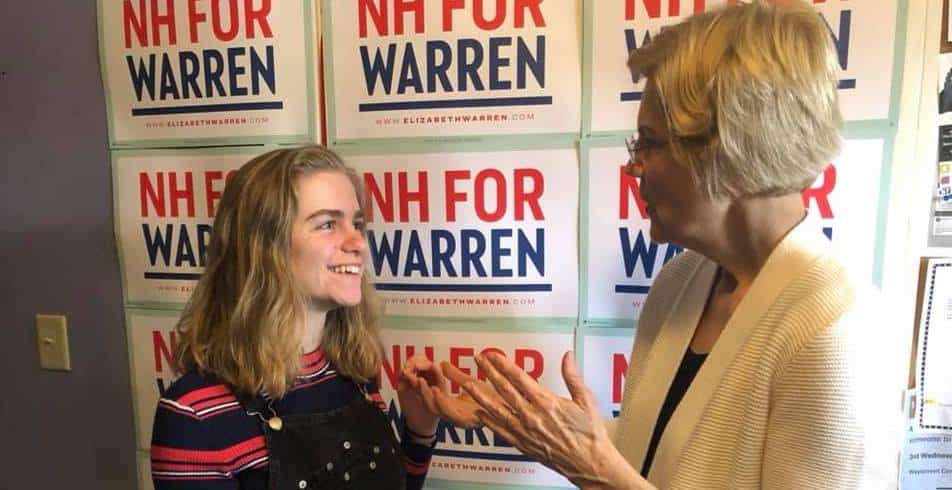 Senator Elizabeth Warren just stepped up to support Free College For All. And it’s not just a pose. How do I know? Because I got to ask her myself – twice.

I’m a freshman at the University of New Hampshire, studying sociology and studio art. Moving to the Granite State from San Diego during high school opened my eyes in a number of ways – first, we have the highest public college tuition in the country. Second, we’re the first stop in the country for presidential candidates.

Four years ago, as a high school sophomore, I got to see plenty of campaigns and candidates up close - including Sen. Bernie Sanders and Hillary Clinton. That really activated me – and when I got to UNH, I joined the New Hampshire Youth Movement, part of Student Action and the People’s Action national network of grassroots groups.

At NHYM, we take our opportunity to engage candidates on the issues very seriously – because we can directly ask candidates questions on behalf of young people, all across the country. And we get to do this while candidates are still forming their views, and the platforms they’re going to run on.

That’s why it mattered to me so much to ask Senator Warren about Free College For All: I believe access to quality education is a right that should be available to every young person.

Just after Senator Warren announced she was running for president in February, I went to her Town Hall in Dover. I got in the question line, and asked her if she would support Free College For All for every student, including the undocumented and formerly incarcerated.At that time, she acknowledged the importance of the issue, but was unsure about the position she would take.

On April 12, she came back to Dover, and hosted an event at the Waysmeet Center, a campus ministry center near the UNH campus. Once again, I got in the question line, so I could follow up on where she stood on Free College For All.

This time, she recognized me right away. When I asked her if her position had changed, she immediately took my hand and told me that she was about to unveil a whole plan on Free College in a couple of weeks. 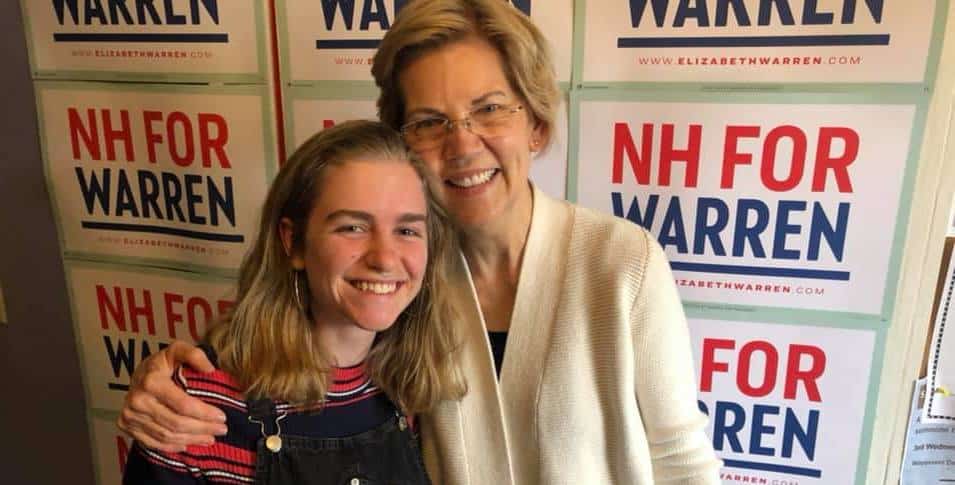 Sure enough, Sen. Warren just unveiled her plan to eliminate tuition at all public two- and four-year colleges, and cancelling hundreds of billions of dollars in student loan debt. Under Senator Warren’s plan, three-quarters of all households will see their federal student loans forgiven, which she says will help reduce the racial wealth gap.

It’s still way too early to know who I’ll vote for – and Senator Warren is not the only candidate who’s trying to address our education crisis, but the fact that she has unveiled a plan to address this key concern, after engaging directly with me and other young people on the campaign trail, is very exciting.

Senator Warren told me, personally, that the whole reason she changed her mind about Free College For All was because of youth like us, going these events, raising our voices and concerns and asking her what she plans to do about it. That’s how she realized how urgent it is to address this issue.

It feels good to know that, as young people, we have an impact. When we put pressure on these candidates to speak to things that are important to us, we’re not just thinking about ourselves. We’re fighting for a better future for all.