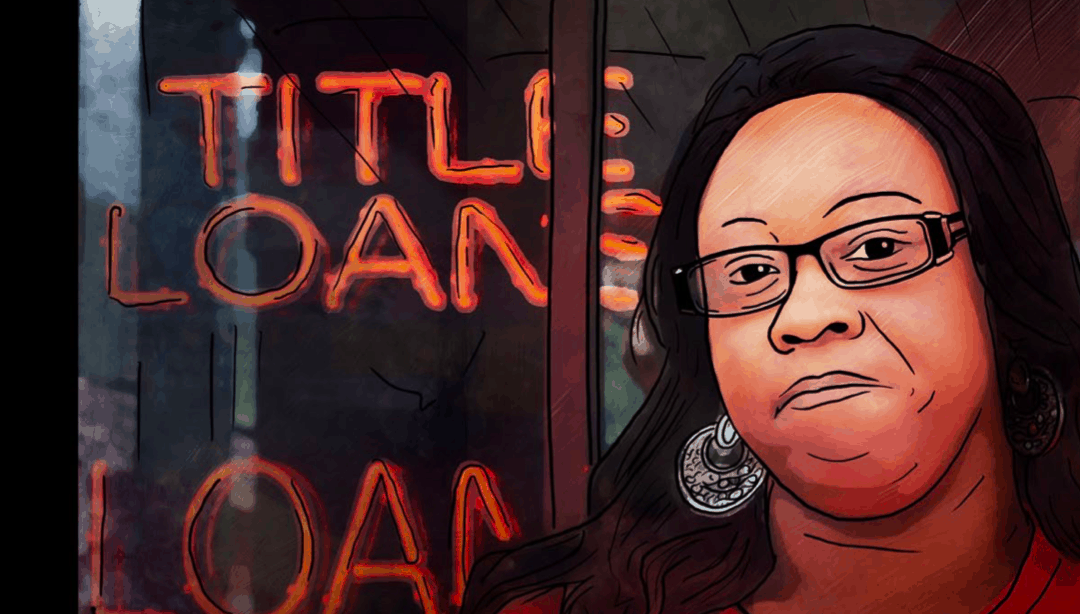 For many Americans, the words “bad credit” are like the sound of a closing door. That’s because there’s a deeply harmful, but seldom-spoken, truth about credit reporting: It ruins lives, and crushes hopes.

When private companies gather data on our borrowing history and sell it to others to determine future lending decisions, they can reinforce economic disadvantages — and deepen America’s racial wealth divide.

To flourish in today’s economy, families need fair and affordable access to credit. Without good credit, it can be nearly impossible to purchase a car, start a business, buy a home or even rent an apartment.

Private credit reporting is failing for all of us who must rely on credit reports produced by for-profit companies to navigate financial transactions. For communities of color, credit scores evoke the decades of bank redlining and unequal access to credit whose impact persists to this day.

Our personal credit history influences whether we find work, and how much we’re charged for auto insurance.  A terrible new proposal from the Trump administration even suggests using credit reports to determine whether immigrants should be eligible for permanent residency.

But for the three giants of the consumer-credit industry - Equifax, Experian and Transunion - the private credit reporting system works quite well. These three companies rake in $10 billion annually by collecting and selling the personal data of 220 million Americans. They compile everything from our social security numbers and past addresses to the amount of credit card debt we carry and the difficulties we’ve had paying off student loans.

We can’t even look at our own credit scores without paying a fee.

It’s time to move the credit reporting system away from these unaccountable companies entirely, and toward a publicly-run credit registry that would operate in the interest of consumers. Many countries in Asia and Europe already have public credit registries. At the public policy organization Demos, I helped create a new proposal explaining how a public credit registry could work in the U.S.

A public credit registry, housed in the Consumer Financial Protection Bureau, would offer a number of advantages. Without the need to turn a profit, the public credit registry would prioritize transparency, accuracy, security, and accountability. For example, credit reports and scores would be free to consumers at any time, and the formulas used to determine credit scores would be publicly available, with straightforward explanations of what consumers can do to improve their creditworthiness.

And while no electronic data can ever be entirely secure, the public credit registry’s mission of public accountability would provide a greater incentive to enhance data security than the current breach-prone private companies.

Building on the Internal Revenue Service’s success in maintaining secure financial information about Americans, the public credit registry would further enhance security by freezing all credit information by default, so that lenders would need authorization from consumers to access credit information.

Of course, today’s credit reporting companies did not create our nation’s racial wealth disparities: historians have documented how generations of discriminatory public policies and bank practices systematically excluded Black, Latinx, and other families of color from economic opportunities that enabled many white families to build wealth.

Since wealth is passed down through families, historic discrimination combines with current bias to shape the resources available to households today, including whether and how much families must borrow to get by day-to-day or to make major purchases like a car, home or college education.

This is where credit reporting comes in: by tracking payment and borrowing behavior shaped by these racial disparities, past discrimination is reflected in credit scores even if companies never explicitly take race into account.

As a result, today’s credit scores disproportionately represent Black and Latinx loan applicants as “riskier” customers who should accordingly be charged higher interest rates for any credit they receive. Paying higher interest on loans then becomes an additional barrier to prosperity for families of color, setting them back further.

A public credit registry could improve this situation by developing new formulas to predict creditworthiness that minimize the impact of past discrimination. And the registry could contract with licensed non-profits to offer free or low-cost credit counseling and credit rehabilitation services.

While changing credit reporting alone will never be enough to address racial economic inequality, the system could operate in a way that reduces—rather than amplifies—racial disparities. For example, credit reports could exclude late payments on predatory loans that lenders disproportionately target at communities of color, since payment on these loans reveals little about how the same borrower would handle credit that’s offered on fair terms. Past-due medical debt, which is more likely to burden Black Americans, could also be left off credit reports, as it does not predict a borrowers’ future creditworthiness.

A public credit registry could also offer consumers the choice to opt-in to having their bank account data, rental payments, or utility data included in their credit reports and scores. To empower consumers and enhance equity, consumers must affirmatively choose these data sources rather than having them included by default.

Plagued as it is by secrecy, inaccuracy, insecurity, a deep lack of public accountability, and a business model that replicates racial bias, the private credit reporting industry has failed all Americans. A public credit registry would allow consumers to take greater control over their own data and ensure that the system finally operates in the public interest.