The problem with applying conventional wisdom to political campaigns is that it can suddenly be upended by an unconventional campaign.

National media pundits have been riveted by Donald Trump’s flagrantly narcissistic run for the Republican presidential nomination. But Exhibit A for the most remarkable political challenge to conventional wisdom is Bernie Sanders and his totally unconventional, unabashedly populist run for the Democratic nomination.

When the Vermont senator launched his campaign last May, the snarky cognoscenti pronounced his effort dead on arrival. Not a chance, they snorted, that a 74-year-old, Jewish, democratic socialist going against Hillary Clinton’s powerhouse machine — and daring to call for a people’s revolution against Wall Street and reckless corporate elites — could come close to winning. 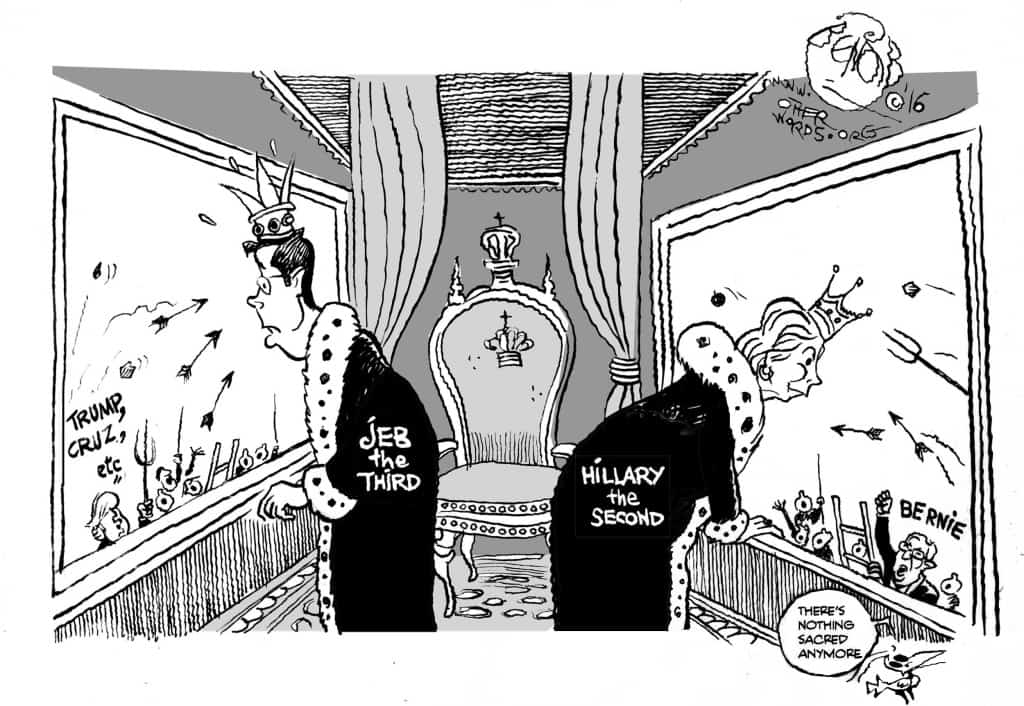 But Bernie’s authenticity and straight talk have mocked the cynicism of the “wise ones” and shocked the self-assured Clintonites. Huge crowds have turned out to cheer Bernie as he denounces the chasm of inequality ripping America apart.

Moreover, grassroots supporters have made Sanders’ run financially competitive. A record 2.5 million individual donors chipped in an average of $27 each last year to gird him with an impressive campaign fund of $73 million.

And now, polls show that Bernie “no chance” Sanders has surged into the lead among Democratic voters in both Iowa and New Hampshire, including taking a significant lead among New Hampshire women. Yeah, say the scoffers, but he can’t win the general election. In fact, polls now show he would handily defeat Trump, Ted Cruz, or Marco Rubio, outperforming Clinton against all three.

Not only is Bernie defying the odds, but he’s doing it by showing that an authentic candidate with an authentic message can generate an authentic people’s movement.