Corporate Media STILL Won't Cover Progressive Budget, Or The Fall In The Deficit

The House Progressive Caucus' "Back To Work Budget" was announced almost a week ago, and the "mainstream media" still refuse to cover it. The Back to Work Budget is literally forced out of the discussion by being kept out of the news. The public doesn't have the information it needs to make an informed decision and hold their representatives accountable in the upcoming vote. (The Back To Work Budget hires 7 million people right away to repair our country's crumbling infrastructure, taxes the wealthy, fights climate change with a carbon tax and many other great things.)

Also, in the middle of DC's deficit hysteria the deficit is down almost 50% as a share of GDP but only 6% of the public knows that. The fact that there is no deficit emergency is literally forced out of the discussion by being kept out of the news.

Last week I noted the disparity in coverage between the Ryan/GOP budget and the Progressive Caucus Back To Work Budget. In the post 72000+ to 2: “Wired For Republican” Media Ignores CPC/Dem Back-To-Work Budget I noted,

This week the Republican “Ryan Budget” was released. It just absolutely guts government, guts the safety net, privatizes Medicare, guts Medicaid — and gives a HUGE tax cut to the wealthy.

As I write this Google News yields more than 72,000 stories. (Search term: “Ryan budget” in quotes so you don’t get results for anything with the two words in it.) Washington Post, NY Times, CBS News, NPR, Politico, etc…

The Congressional Progressive Caucus released their “Back To Work Budget” this morning. It immediately hires 7 million to rebuild our infrastructure so our economy can be competitive. It reinforces safety-net programs, provides a public option for health care and taxes the wealthy to not only pay for these but to reduce the deficit by $4.4 trillion over the next decade.

So far a Google News search for “Back To Work Budget” yields .. two results, Huffington Post and Raw Story.

This Week's Corporate Media Coverage Of The Progressive Budget

Today a similar look around the corporate media shows that they still are not informing the public about the Back To Work Budget. No news broadcasts, no news analysis, no nothin.

Progressive media? Sure. They are getting the word out to progressive audiences. But corporate media? Nada.

Paul Krugman wrote a column in the New York Times with three paragraphs about this budget, Bavid Brooks wrote a column calling it more big government.

ABC's The Note covered it, in Left, Right Unveil US Budget Utopias.

And that's about it. At this point the lack of coverage is not just some mistake, every progressive outlet has been trying to get the word out, there are petitions, Facebook and Twitter actions, etc. It is hard to reach any other conclusion except that corporate media is intentionally keeping this budget out of the news and away from the public. (When was the last time you saw, heard or read an explanation of the benefits of organizing a union or how to go about it in a corporate news outlet?)

From February's post, Deficit Is Falling Dramatically, But Only 6% Know That, 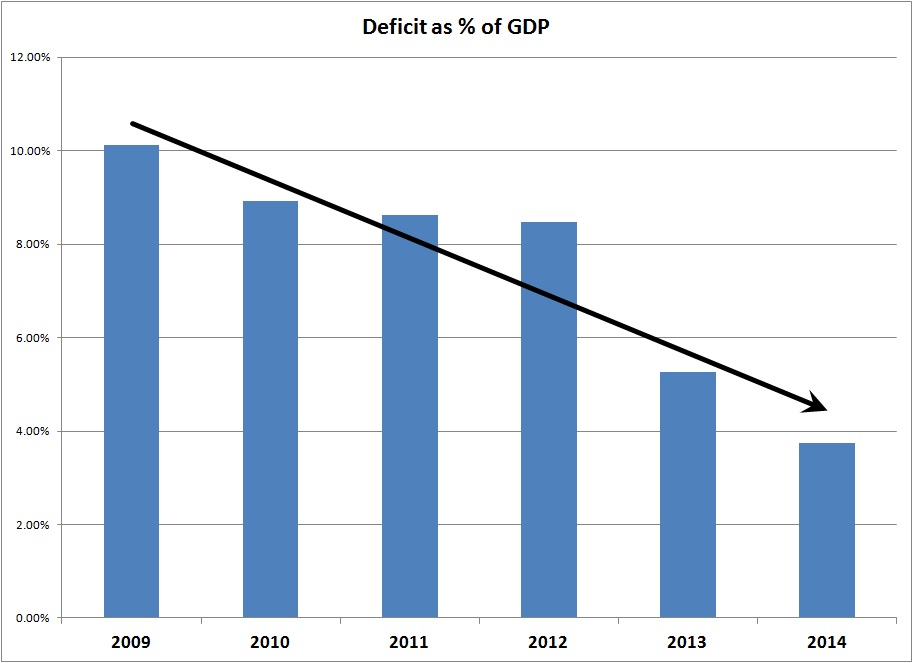 All of that means that no, we do not have a "deficit emergency," the deficit is not "out of control" and we have 10 years to decide how best to fix things.

So let's stop listening to the drumbeat of "deficit shock" propaganda and not be rushed into doing any more stupid, destructive cuts in the things We, the People do to make our lives better.

Media's Role In A Democracy

The role of the "news" media is supposed to be to inform the citizens, so that citizens can make informed decisions. When the media just doesn't cover a budget that lines up with the election results and every poll, it is very hard to come to any conclusion except that this is intentional, not some accident. When only 6% of the public even knows that the deficit is falling this is misinformation, not information so citizens in a democracy can make an informed decision.

It the media's job to inform the public, not misinform the public. Correct, accurate, objective information is essential for the proper functioning of a democracy. This is not what we have in our country. (Click that link!)

When only 6% of the public knows the basic fact (the deficit is falling fast, it is just math, not political opinion) about the most serious policy discussion that is occurring, with the most serious consequences for our jobs, standard of living, our future ... a 94 percent misinformation rate is so far beyond just media incompetence that it has to be looked at as something else.

As Roger Hicky wrote the other day, in Tell Democrats: Vote for Back to Work Budget – And Win in 2014

Every American who cares about jobs and a healthy U.S. economy should pick up the phone right now, call your Congressperson’s office, and tell whoever answers, “I want my representative to vote this week for the Back to Work Budget introduced by the Congressional Progressive Caucus.” [Note: The Congressional switchboard is 202 224-3121.] Also click here to go on record as telling Democrats to vote against the job-killing Ryan budget and for the Back to Work budget.

P.S. Mea culpa, I realized later there was a "Ryan budget" the year before and it was an issue in the campaign, so there were not really 72,000 hits just for this year's Ryan budget. But every single "mainstream" outlet did cover it while none had informed the public about the Back To Work budget.