The War on Drugs Is a War on People Like Me 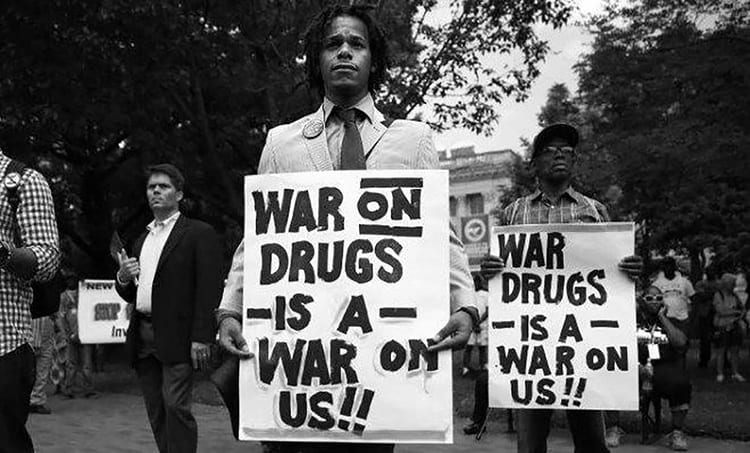 The War on Drugs has been with us for more than fifty years, and hasn’t been a war on drugs at all. It’s been a war on people: people like me, and my family. Black people. The part where it was supposed to decrease drug use? That part failed.

I live in Prince George’s County, Maryland. In the nineties, my two older sons were driven from their jobs and families and pushed into the federal prison system for marijuana possession. This was at the peak of the drug war, and both were punished with the harshest possible sentences.

My sons served their time, but when they first came home, they were offered no jobs, no housing, and no compassion. With no other way to make a living, both ended up arrested again for the same reasons and even harsher sentences. They were caught in the trap that was set for them, a revolving door from the street to prison.

There were no body cameras worn to document the excessive force from police when my sons were arrested, or all of the ways police violated laws when they stopped, searched, arrested, and convicted my sons and so many others. There was never a warning when police invaded the privacy of my home. As their mother, this was devastating, embarrassing, and heartbreaking.

After serving sixteen years behind bars, my sons were finally released to come home. Because these years were spread out from their teens when they were first arrested into their early thirties, this War on Drugs has disrupted their adult lives. That has been the harshest sentence of all.

Now, we know my sons were the real targets of Nixon’s War on Drugs. “The Nixon campaign in 1968, and the Nixon White House after that, had two enemies: the antiwar left and black people,” former Nixon advisor John Ehrlichman told reporter Dan Baum in 1994. “By getting the public to associate the hippies with marijuana and blacks with heroin, and then criminalizing both heavily, we could disrupt those communities.”

So, when President Nixon called drugs “public enemy number one” on June 17, 1971, he really meant his political enemies, which included Black people. But he also called for more treatment and rehabilitation, which never came. Instead, we got harsher penalties from Presidents Reagan, Bush and Clinton, and Joe Biden when he was a “tough on crime” senator from Delaware.

It is no consolation that much of the country is now decriminalizing marijuana - this comes too late for me and my sons. The harm caused by the War on Drugs to our Black families and communities cannot be undone. And the Supreme Court, which just said that many of the harsh penalties imposed on nonviolent drug offenders should not be overturned, seems to think the War on Drugs must go on forever.

That’s why President Biden, if he truly cares about racial justice as he says, should show us he is a true leader. Biden can end policies that exclude people with a record of arrest or conviction from key rights and opportunities. These include barriers to voting, employment, public housing, public assistance, mental health, loans, financial aid, and child custody. He can eliminate policies that result in disproportionate arrest and incarceration rates by changing police practices, rolling back harsh mandatory minimum sentences, and repealing sentencing disparities.

President Biden can start by offering returning citizens support in their transition from incarceration to society, by giving them the help my sons never got when they came home from prison. Every returning citizen needs employment options, job training, education, housing assistance, mental health care access, and other services. They deserve a second chance, to overcome their struggles and be accepted into their communities.

Here in Prince George’s County, I’m working with Progressive Maryland and faith-based partners to create a One Stop Center for returning citizens. This center would allow them access to these services, as well as mental health treatment which is so crucial for them and their families when returning home from prison after years of trauma.

But leadership starts at the top. President Biden should declare that the War on Drugs - a war on Black people - must be over now, once and for all.

Alfrieda Hylton is a member of the Progressive Maryland Drug Policy Task Force. She’s a resident of Capitol Heights, Maryland, part of Prince George’s County, District 24. She believes that the criminalization of marijuana has been a terrible mistake, and the racially disparate enforcement of marijuana laws has only compounded this mistake, with serious consequences for communities of color. She is a local advocate for police reform and racial justice.