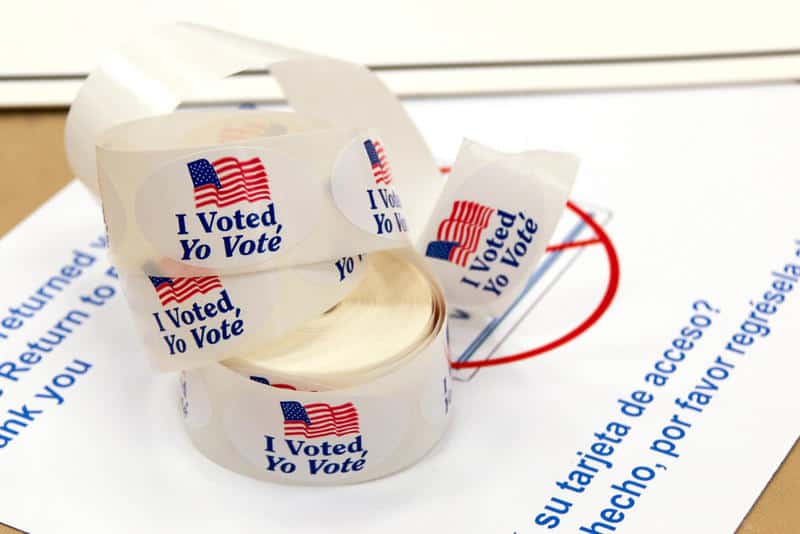 After winning a lawsuit to take possession of all of the 2020 presidential ballots and election equipment in Arizona’s most populous county, Arizona’s Republican-led Senate is poised to take 2020’s post-election brawls into new territory where investigating unproven claims of electronically stolen votes, not widespread illegal voting, will be center stage.

Many Republicans, including Arizona legislators, have voiced their belief that former President Trump was unfairly denied a second term, citing various vote-centered conspiracies. In 61 out of 62 post-election lawsuits filed by Trump’s allies across the country, scores of federal and state judges rejected those assertions as groundless and lacking proof.

But now that Arizona’s Senate has affirmed its authority to investigate the accuracy of 2020’s presidential vote count in America’s second-largest election jurisdiction—Maricopa County, where Phoenix is located—the focus has shifted from legislators fanning unproven claims of stolen votes to whether Republican lawmakers will conduct a credible evidence-centered inquiry.

“The Senate has and is doing a 100 percent audit, which is why we fought so hard to have access to all the data and documents,” Arizona Senate President Karen Fann wrote on Facebook on March 2. “We are doing extensive research, interviewing, and background checks to make sure we find the best team available… This is and has always been about election integrity and getting answers to our constituents’ questions and concerns.”

The exercise will not change the election results, which have been certified. Trump lost Arizona by 10,457 votes, a closer margin than in Georgia, where that GOP-led state conducted a manual hand count of all of its presidential election ballots, and then electronically recounted those same paper ballots. It twice confirmed Joe Biden’s victory over Trump before certifying the result. The investigation that is taking shape in Arizona could be as thorough as what was undertaken in Georgia, or it could descend into political theater to placate Trump’s base.

“As you know, there is no credible evidence for any of the conspiracy theories that have abounded about the 2020 General Election,” wrote Arizona Secretary of State Katie Hobbs, a Democrat, to Fann and Sen. Warren Petersen on March 3. “If your goal is truly to rebuild public confidence in our democracy, it is imperative that you establish and abide by clear procedures and parameters for the security and confidentiality of the ballots and election equipment while in your custody and ensure independence and transparency should you proceed with any further audit.”

Immediately after Maricopa County Superior Court Judge Timothy Thomason’s February 25 ruling authorizing the state Senate’s subpoenas, the county’s supervisors—where four out of five are Republicans—said that they would not appeal. Its election staff began transferring the election materials, starting with 11 gigabytes of activity logs from its hundreds of voting machines.

What soon became apparent was that the senators had been more focused on winning in court than on planning the investigation that they hoped to take on. For example, the Senate had not yet secured a site for truckloads of materials, starting with 2.1 million paper ballots in sealed boxes on 70 pallets, hundreds of voting machines and tabulators, vote count management systems and the related data—digital images of every ballot cast, machine activity logs, and more.

As the first week of March began, election experts in Arizona were skeptical that the exercise would be a serious effort to examine the accuracy of Maricopa County’s 2020 results.

“In this case, Sen. Fann and House members are chasing down a rabbit hole that was proposed by Rudy Giuliani and Sidney Powell back in November. Now they’re trying to find the evidence,” said Benny White, a longtime Republican Party election observer in Pima County, which is not far from Phoenix. “I don’t want to talk poorly about my legislators, but I don’t know what the hell they are doing. They don’t understand election administration at all. They don’t understand how these machines work. They don’t understand how votes are calculated and aggregated. They are in a political position where they think they have to do something [to respond to Trump supporters]. So they’re trying to do something.”

Some of White’s skepticism came from Fann’s prior endorsement of a proposal by a Texas firm, Allied Security Operations Group (ASOG), that had made unfounded claims about the process in Michigan and Arizona. ASOG’s “scope of work” said it would “hand count approximately 550,000 of the following paper ballots and scan approximately 55,000 of the following paper ballots… over a 7-10 day period on site in Arizona for a firm, fixed price fee of $10,000.”

White and others said that proposal was not serious. A precise audit does not cherry-pick what ballots to examine, he said, and its fee was unrealistically low. Fann later distanced herself from ASOG. While neither Fann nor other Senate Republican spokespeople would speak on the record to Voting Booth, several background interviews suggested that the enormity of the actual task before the Republicans was dawning on them.

“My concern is I’m not sure if they know what they’re looking for—or looking at,” said Tammy Patrick, who, for 11 years, was the federal compliance officer for Maricopa County’s elections department, has served on a presidential commission for election reform, and now is the senior adviser for elections at the Democracy Fund, a philanthropic organization. “I also don’t think they understand the volume of materials they are talking about. You’re talking about at least one semitractor load for the ballots alone. What are their security protocols going to be?”

Most of Hobbs’ letter to the Senate Republican leaders concerned maintaining a catalog of security and inventory controls for the ballots and machinery, as well as urging the Senate to plan for bipartisan teams to count ballots and be as transparent as possible as it proceeded.

“I implore you to treat your responsibility for the custody, security, and integrity of those items with the same level of vigilance that election officials across this State treat that responsibility,” the secretary of state wrote. “I again urge you not to waste taxpayer resources chasing false claims of fraud that will only further erode public confidence in our election processes and elected officials.”

What Will They Do? Who Will Do It?

Maricopa County, and Arizona as a state, both have reputations for well-run elections. While no election is error-free, election officials have extensive protocols that test their voting system hardware and software, their voting machine performance, and the vote count’s accuracy before and after Election Day—before results are certified. While vote count audits don’t review every vote cast, the process includes political parties choosing samples of ballots that are examined by hand, which was done following November’s election. In response to Trump supporters’ claims of secret manipulation of vote counts—and GOP legislators encouraging those claims—the county hired two national voting system testing laboratories to examine whether their hardware or software had been hacked or hijacked. They found no breaches.

“What’s wild in all of this is that all of the voting equipment had logic and accuracy tests, and those logic and accuracy test reports could be reviewed,” Patrick said. “The machinery has also undergone the [post-election] forensic test that was done by two federal testing labs. The challenge that I’ve had with some of this is that voting systems are not just like every other electronic device that’s out there. There are some very specific things that you need to understand about voting systems in order to know what you’re looking at and what it means.”

“There’s not a lot of point to what they’re proposing,” she said, assessing the Senate’s probe. “They wanted a forensic report, and they got one. And now that’s not enough. Even if they bring in their own specialists, they’re not going to find anything, because there is no ‘there’ there.”

As the week progressed, background interviews with reputable experts advising the Republicans said that the Senate investigation, ideally, would have three focal points.

Like Georgia, there would be a full manual hand count of every paper ballot—a massive operation involving potentially hundreds of workers in a giant warehouse. Unlike Georgia, but like the state of Maryland—whose electorate is larger than Maricopa County’s—there would be an independent audit of all of the digital ballot images created by scanners. Even though voters cast paper ballots, digital images of every ballot card are what is counted by Maricopa’s voting system. Third, there would be an analysis of the system’s software and activity logs—detailing every operation by each voting machine—to ensure that the ballot images were correctly read and counted.

These steps, if all undertaken and not marred by predetermined conclusions, would arguably be more comprehensive than what Georgia did to verify its 2020 presidential vote. Where politics would re-enter is when Arizona’s Republican legislators have to stand by the results of their process that, in all likelihood, will affirm Trump’s loss. Thus, in 2020’s two presidential swing states with the closest 2020 margins and histories of electing Republicans for president, the evidence would show that Biden won.

But before that assessment can occur, the Senate has to hire credible contractors and a reputable audit manager—possibly a former state election director like Detroit did before its 2020 general election. Additionally, the legislature’s investigation will have to demonstrate the same level of security and inventory controls that are required of local election officials—a point underscored by Hobbs in her letter to the Senate Republican leaders.

“You have stated previously that you believe a further audit by the Senate is critical for the people of Arizona to be able to move forward and trust the 2020 General Election results. I respectfully disagree,” she wrote. “But I believe we can agree that proceeding without clear procedures for the security of the ballots and election equipment when they are in your custody, and clear procedures to ensure the integrity, independence, and transparency of the audit itself and the auditors selected, will only open the door to more conspiracy theories and further erosion of voters’ confidence in Arizona’s elections processes.”

Steven Rosenfeld is the editor and chief correspondent of Voting Booth, a project of the Independent Media Institute.