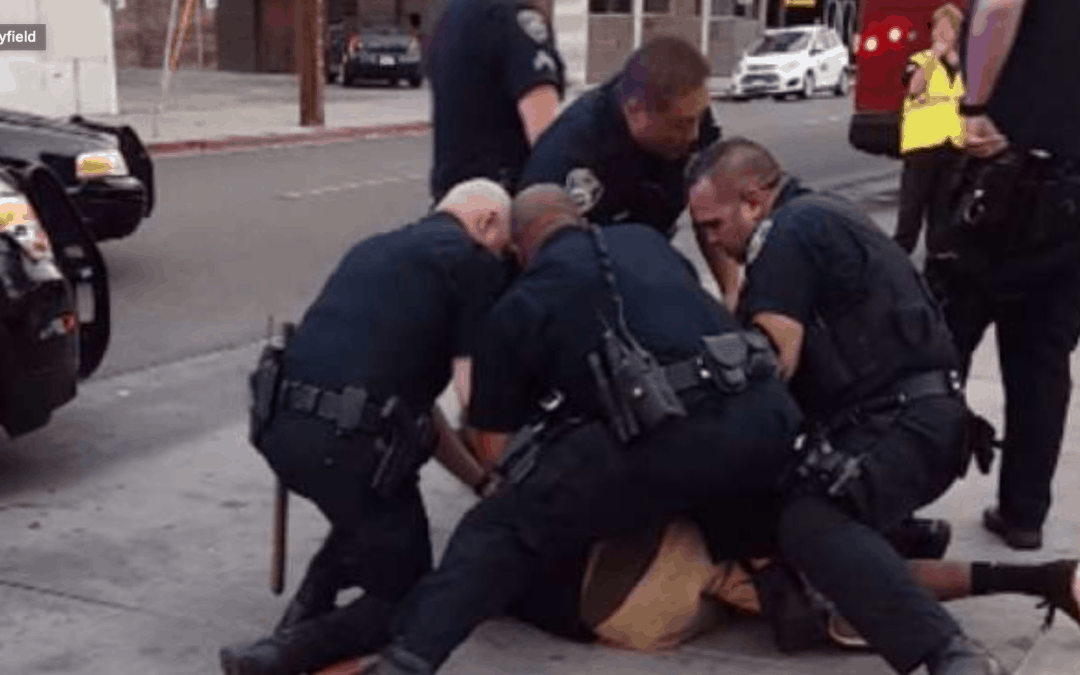 When you tell people they won’t be held accountable for their actions, it almost always ends badly. That’s what’s happened with our police and our social media, two institutional pillars of personal and political society in America today. Removing those dual immunities could dramatically change—for the better—the lives of millions of Americans.

For police, the doctrine of “qualified immunity” first took hold in 1967 in the Supreme Court case Pierson v. Ray, when it was used “to shield white police officers from a lawsuit they faced for enforcing segregation,” as the Princetonian editorial board wrote recently.

In Pierson v. Ray, a group of black and white clergymen who supported racial integration sued the police for arresting their members for violating segregation rules and sitting in a “white[s] only” part of a bus station in Jackson, Mississippi, in 1961.

The Supreme Court concluded that the police largely had immunity from being sued because the arrests were made in “good faith.” (The Supreme Court also said in Pierson v. Ray that those officers were not expected to predict that the Supreme Court would decide in the 1965 case of Thomas v. Mississippi that whites-only areas were unconstitutional.)

The Reagan Revolution brought a huge expansion of the doctrine when, in 1982, the Supreme Court in Harlow v. Fitzgerald redefined and expanded the immunity granted to any government employee, in a case involving former members of the Nixon administration.

While the Supreme Court never mentioned police in that decision, as government employees the police gained the same immunity given by the court to members of the executive and legislative branches of government.

The result of these decisions—examples of the Supreme Court essentially making law, as Congress has only occasionally weighed in on any of these issues—is that police in America routinely get away with murder and egregious violence.

The Supreme Court may, in the next week or two, take up a case that will examine this doctrine as it specifically applies to police; they have several such cases before them, and will probably choose at least one of them to base their ruling on.

Meanwhile, immunity is also helping out the internet oligarchs.

At the same time cops are flashing white power signs and killing black people at a rate 3.5 times greater than they are killing white people, Facebook and other social media sites are providing a safe haven for killer cops and white supremacists to hang out and promote violence.

They can do this because Congress, trying to jumpstart the internet, gave immunity to the owners and operators of websites where other people could post their own opinions, comments and rants.

Section 230 of the Communications Decency Act, passed in 1996, essentially says that the owners of services like Facebook and Twitter have very, very little responsibility for what people say—or what they do as the result of what they or others say—on their message boards or systems.

As a result, social media has become a sewer of lies, propaganda and the incitement of violence. (Although they do generally moderate and block copyright violations; protecting property rights is a far higher priority for these companies and the law than protecting personal rights, group safety, or democracy.)

It wasn’t always this way.

Back in the 1980s and early 1990s, I ran a small business that provided “moderating” services to CompuServe, which at first, along with AOL, pretty much was the internet.

We oversaw nearly 30 message boards devoted to a variety of topics from tech support for desktop publishing, Macs and PCs to ADHD, UFOs and the Kennedy assassination. A compilation of one of our message boards, published as the book Think Fast!, even won a national tech award and was put into an exhibition at the Smithsonian celebrating the emerging internet.

We had more than 40 people working from home all around the world, and CompuServe paid our company well for our work. We didn’t get rich from doing this as we were paying most of our employees (there were a few volunteers), but for about a decade we made a very comfortable middle-class living.

The reason CompuServe paid us to do this—and AOL was paying their own group of subcontractors to moderate their boards—was that CompuServe didn’t want to get sued if somebody posted something slanderous, obscene, or inciting violence on their platform.

Additionally, there was no anonymity: everybody who posted had to have verified their identity with a credit card (CompuServe charged a small monthly membership fee), and people who broke those rules were quarantined or outright banned from our boards. (Today this could be done via IP addresses or other means that don’t require money.)

Section 230, however, gave the owners and managers of CompuServe and AOL, and later Facebook, Twitter, 4Chan and pretty much every other site on the web, immunity from lawsuit. It was, for Zuckerberg et al., the equivalent of the Harlow v. Fitzgerald decision’s immunity grant to police.

Thus, today social media companies are spending millions of dollars a week to keep Section 230 in place so they won’t have to hire people like me and my old colleagues to keep their message boards clean and honest.

This is not an issue of censorship, by the way—Facebook and Twitter are already censoring posts on their platforms daily, based not on federal law or what’s best for democracy, but on their own internal rules, referred to as their “terms of service.” Facebook, for example, has given Fox News host Tucker Carlson’s Daily Caller (among others)—a site that publishes people who traffic in climate denial and anti-Semitism and is notoriously pro-Trump—the power to decide which posts are fact and which are fiction, which will be taken down and which will persist.

Instead, it’s an issue of money. If Facebook, Twitter et al. were held responsible for what people post on their sites, it would cost them a fair amount of money to hire thousands of people to keep their boards clean.

The internet has changed a lot since 1996, when CompuServe pretty much quit paying our company to moderate their boards because they no longer had liability for things said there.

Holding companies like Twitter and Facebook to the same liability standards that every newspaper or radio and TV station in America today faces will not end their business model or wipe out their profitability.

Similarly, holding police to the standards of responsibility and decency they faced at law (although often unenforced) prior to 1982 won’t end policing or wipe out their ability to keep our communities safe.

But both will go a long way toward improving Americans’ quality of life and saving our republic.

Thom Hartmann is a talk-show host and the author of The Hidden History of the War on Voting and more than 30 other books in print. His most recent project is a science podcast called The Science Revolution. This article was produced by Economy for All, a project of the Independent Media Institute.