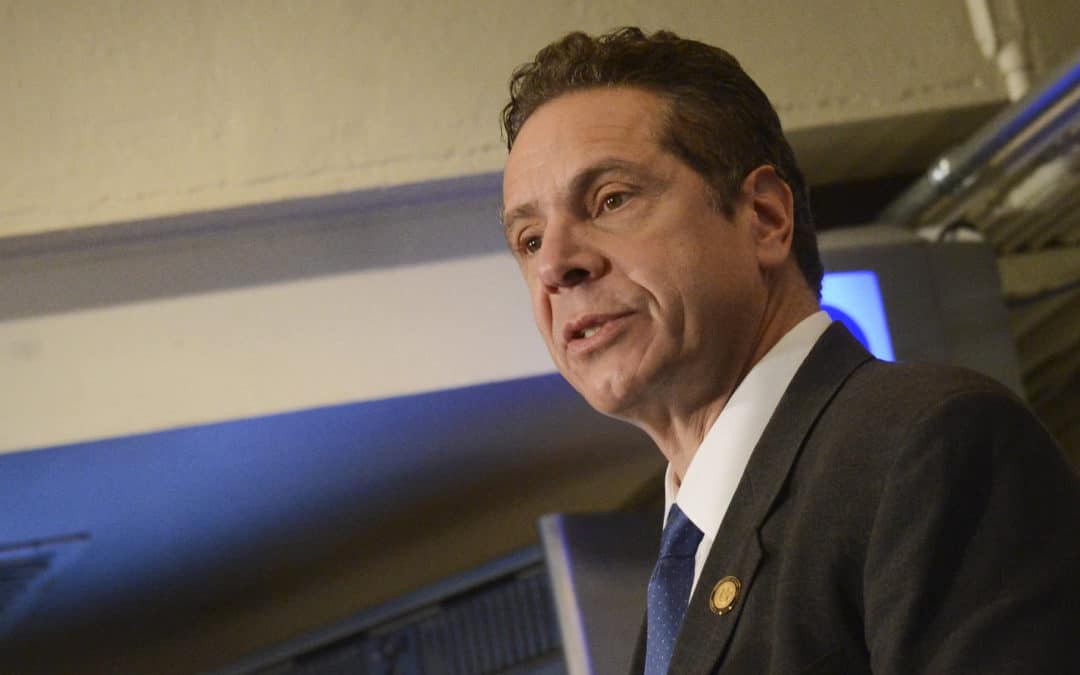 The failure of the White House to respond to the Coronavirus pandemic has given Andrew Cuomo an unlikely turn in the spotlight. Cuomo, for his part, has taken the opportunity and run with it: hosting daily news briefings and running comedy routines with his younger brother on CNN. But when the cameras are off, Cuomo—in true Machiavellian fashion—is using his newfound celebrity to grant himself sweeping new powers, silence his critics, and cut vital programs that working families are counting on during this pandemic.

Cuomo is no stranger to executive overreach. When the Moreland Commission, a public ethics body tasked with rooting out the bad actors in Albany, began sniffing around the Governor and this team, he quickly shuttered the operation. For years he’s used the state budget as a Trojan horse, shoving items into the budget that have no business being there, and then threatening full government shutdowns if the budget isn't passed on time.

This year, Cuomo gifted himself “rolling budget adjustment” powers, which allows him to make cuts on a quarterly basis with little to no oversight. These would be on top of the billions in cuts he has already made to health care and public education. If that wasn’t enough, he also slipped into the budget a new ballot threshold for third parties to exact revenge on the Working Families Party for challenging him in 2018. This is the second time he’s tried this. The first time it was struck down in court.

At a time when even Republican Governors are releasing people from jails and prisons to curb the spread of COVID-19, Cuomo has refused to grant clemencies to people in prison, and chose to increase the jail population by rolling back landmark civil rights protections for defendants. The bail and discovery reforms that were passed last year were working: Since these reforms went into effect, New Yorkers are experiencing a more equitable and effective pretrial process. Each day in February 2020, 6,800 fewer New Yorkers were jailed pretrial than in February 2019. The overwhelming majority of released people have made their court appearances and have not been rearrested.

Incarcerated people don’t have the luxury of social distancing. They don’t have access to cleaning supplies, hand sanitizer or essential hygiene products. Rikers Island currently has the highest rate of infection in the world. More than 700 people, including correctional staff and detainees at Rikers, have tested positive for the virus--and thousands of people remain untested. The first COVID-19 death in the jail was fifty-three-year-old Michael Tyson, who was being held on a technical parole violation. This was someone who never should have been incarcerated in the first place, and should have been granted clemency by Cuomo weeks ago.

It takes courage to stand up to a bully, especially when that bully has a vindictive streak. We applaud legislators like Julia Salazar, Alessandra Biaggi, Jessica Ramos, Gustavo Rivera, Yuh-Line Niou, Harvey Epstein, Linda Rosenthal, Latrice Walker, Michael Blake, Charles Barron, Ron Kim, Catalina Cruz, Dan Quart, Carmen De La Rosa, and the other brave leaders for voting against austerity in a time of crisis, against concentrating power in the hands of one man, and against these deadly rollbacks.

Cuomo’s failure to invest our communities, social services and public goods has made our state a ticking time bomb. Years of austerity budgets have resulted in tens of thousands of New Yorkers without stable housing, hospitals without basic supplies and safety equipment, and people struggling with poverty, mental health and substance use issues forced into jails and prisons. Cuomo’s actions have made New York the natural epicenter of this crisis, and his latest budget only sets us up for greater harm when the next crisis arrives.

The Governor is justifying these cuts by saying that the state is “broke.” But he’s gaslighting the public into believing a dangerous scarcity myth. There are 112 billionaires in New York State worth a combined $525 billion. The state is not broke. The Governor just refuses to tax his billionaire donors. Raising taxes on the very wealthy could have generated billions to reduce inequality and protect New Yorkers from the devastating health impacts of this pandemic.

This moment calls for us to have the boldness to demand that every New Yorker has the health care they need, excellent public schools, and stable housing. We should not be leaving people to sleep on benches or funneling them into a ruthless carceral system. If we hope to protect our communities, we need to stand up to the Governor and call on our elected officials to do the same. That so many were willing to speak out against him is an act of moral courage. We need more to follow their lead.