It’s Time To Think About What Comes After The Apocalypse 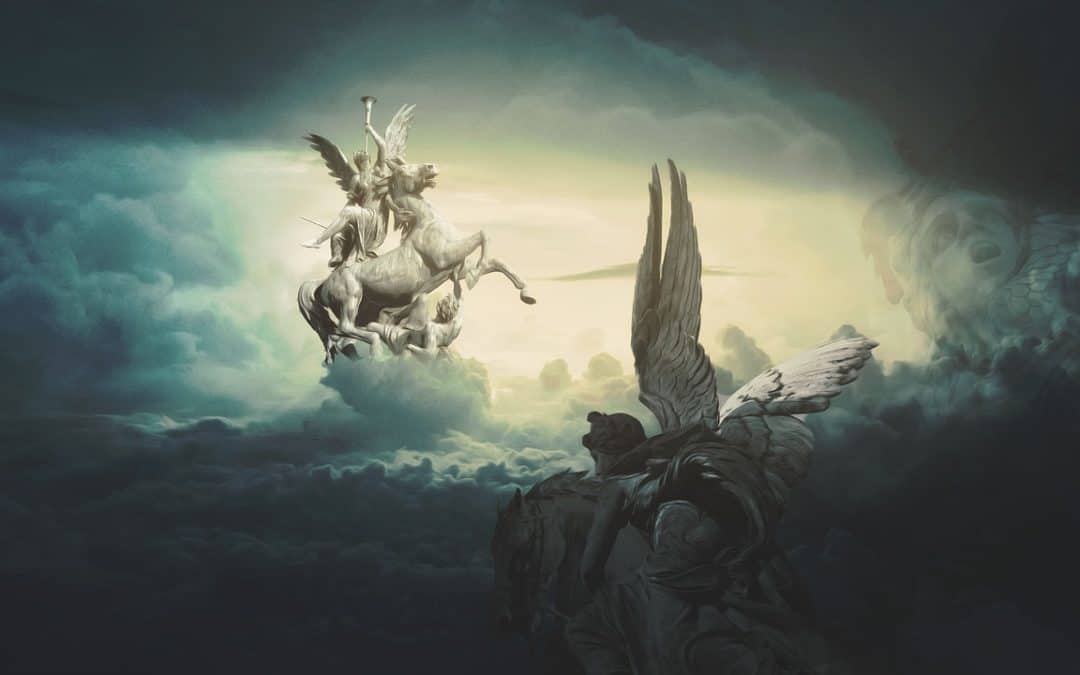 Throughout my life, I’ve wrestled with various forms of anxiety. Particularly as a child, I remember holding a deep, looming sense of dread about a coming apocalypse. I remember trembling in fear during thunderstorms, as I’d hear the sky roar and watch dark clouds gather believing that the time had come when everything would come to an end.

Part of my fear of a great apocalyptic event was drawn from my early years in the church, where I first heard my pastor tell stories of trumpets blaring, signs appearing in the sky, and the world being engulfed in flames.

I’ve since grown out of those fears and moved onto other, more down to earth, but perhaps equally irrational things to dread. Yet in these times of global crises, I can’t help but think back to how I felt as a child, when I thought I was growing up in a world with no future. However, now is not the time to withdraw from hope.

Now as an adult, I’ve since learned a little more about Scripture, including the true meaning of the word “apocalypse.” The word apocalypse is actually a Greek word that simply means revelation. The Wikipedia entry for the word describes this meaning further as “an unveiling or unfolding of things not previously known and which could not be known apart from the unveiling”.

As the world around us increasingly feels like something apocalyptic, it’s important to realize that this is not the end. Instead, it is a time of revelation and a time for us to take note of what is being revealed in this moment and how it should inform us in crafting a new beginning.

Fear can be incredibly paralyzing. It’s shown itself capable of altering our ability to reason and to make judgements. Fear often destroys the very human capacities that enable us to survive during crises.

I do not intend to say that during this time of great danger and uncertainty that there is no reasonable cause for fear and anxiety. I empathize with the fear that many feel with the turmoil of this moment.  However, when we confront our fear we can see what is being revealed more clearly and interpret it in order to devise a plan of action.

It is clear to me that this crisis has revealed several things. First, in terms of our need for solidarity, this crisis has revealed that we are much more connected than we tend to think and we need one another more than we’ve previously thought. Also, despite the obvious strains on resources a crisis can bring about, this crisis reveals that our society has long had plenty of the material resources to meet people’s basic needs.

Our nation's finances are not like a household budget; the government can create money and fund programs that it deems as high priority. We’ve now seen with total clarity that the working class is the heart and soul of the economy that produces all the wealth and value in our society.

And recent comments of President Trump, Jared Kushner, the Lt. Governor of Texas, and others in our current government and the top 1 percent of the economic system demonstrate there are people with great power who would sacrifice the lives and wellbeing of millions to satisfy the needs of our capitalist economic system.

Perhaps it’s obvious to us that the standard political and economic modus operandi is inadequate in times of crises, but what is less obvious is the fact that the solutions being wielded to address this crisis - suddenly,  now more broadly accepted - have previously been deemed ‘impossible’.

Trillions of dollars worth of investment into a social safety net and direct financial support for all who face the uncertainty of the perilous journey of life - in which at any moment, one could lose their job and subsequently their healthcare, housing, or food security - has been widely viewed by both Republicans and Democrats as pie in the sky.

The idea of the government prioritizing the service of the poor and working class has been attacked for decades as a part of a class war in which working class people have been on the losing end.

Our country’s social welfare system has been eroded and replaced by rugged individualism. Donald Trump’s firing of the pandemic response team is just one direct example of the deconstruction of government as a force for the public good in favor of government as a tool for the protection of private wealth.

This is a philosophy of death we cannot allow to continue. If ‘normal’ means a return to an inadequate health care system and widening economic disparities, we must not return to normal.

Catastrophic events such as pandemics have a history of being followed by large scale changes in society. These changes are not inevitably positive for working class people. The world that will emerge from this crisis depends on what we do now.

It also depends on what we collectively learn from what has been revealed. After witnessing trillions of dollars appear in the blink of an eye to meet the needs of the American people, we can no longer accept the falsehood of scarcity and that our country does not have enough money to provide health care for all, housing for all, a strong economic safety-net, an elimination of student debt, and money to invest in a Green New Deal level transformation of our economy.

We must emerge from this moment to create a new economic order in which your well-being is not determined by whether or not you happen to be employed. In addition to the investments in healthcare, infrastructure, testing, and treatment to address the current COVID-19 pandemic, we must prepare for future epidemics and work to prevent the coming catastrophes due to climate change. In order to do our part to work towards this world, Progressive Maryland is shifting our organizing plans to meet this moment.

Right now Progressive Maryland organizers are recruiting volunteers to make phone calls to Maryland residents to identify needs, connect people to resources, and to support candidates who are committed to a transformative agenda. We will be supporting efforts to create mutual aid networks for those impacted by COVID-19.

We will also be urging state and local governments to make substantial policy changes and investments to aid those in need.We must restructure systems that have left our state vulnerable, particularly in times of challenge.

The scale of systemic change needed will not be easy to win. We need to move masses of people in our state and throughout the country into a common understanding and a plan of action to fight for the changes we need. At Progressive Maryland, are committed to working with our fellow People’s Action member groups all across the country to organize communities for the political revolution it will take to reshape our society.

My prayers are with all who are suffering in this challenging time.The moment we face is one of the greatest challenges our state, country and world have ever faced, and we must all prepare for the toll this will take on us.

However, in the midst of all of this, we must recognize that we live on the shoulders of ancestors who have survived through crisis and devastation. We now take our place in history and must step up in ways that will enable history to judge this moment as not only a tragic event, but as a catalyst for a global awakening.