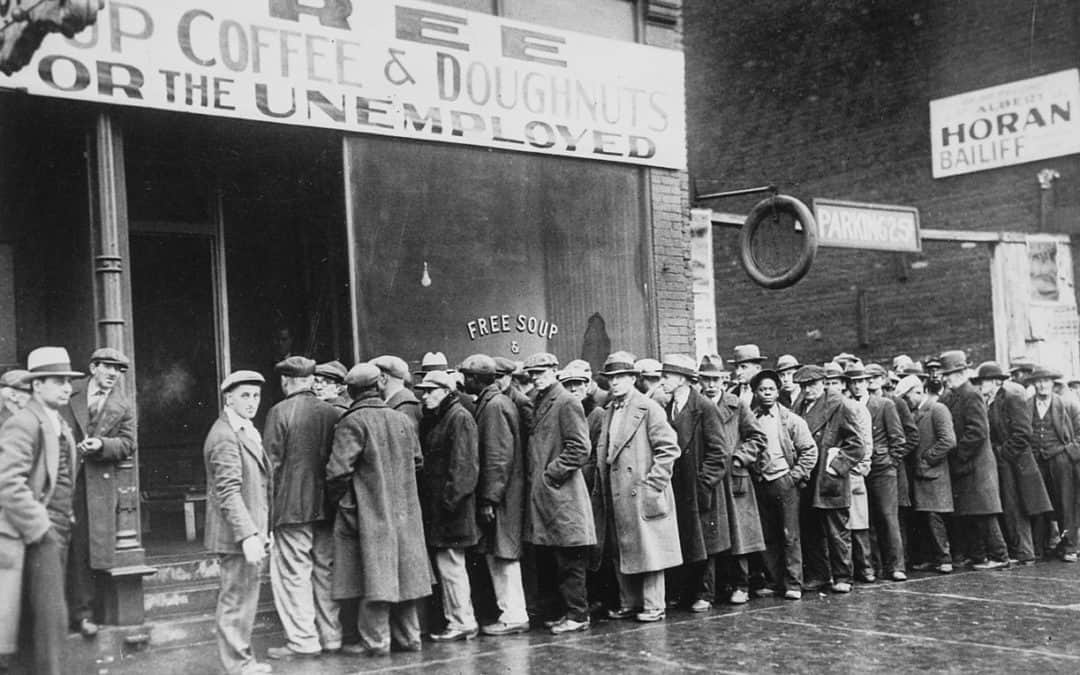 The coronavirus crisis has turned the fact that we don’t make anything in America anymore from a topic for philosophical and political debate into a crisis in our hospitals causing people to die and endangering our frontline health care workers.

Even worse, there’s nothing to catch us as and after we fall, because we don’t have a manufacturing base to fall back on like we did the last time a crisis like this happened—in the late 1930s.

Most of our medical supplies and prescription drugs now come from China, for example, and that’s producing a crisis in our hospitals because China isn’t exporting N95 masks, ventilators and respirators like they were just six months ago.

Back in the day, the British knew that manufacturing was the core strength of a nation, which is why they forbade the colonists in 1770 from manufacturing most items that could be imported from Britain, and famously forbade the good people of India from even turning their own cotton into cloth and clothing (thus Gandhi’s spinning wheel as a logo for protest).

The colonists of America overthrew the economic tyranny of the British, and in short order (1791) Alexander Hamilton presented to Congress a detailed and specific plan to turn America from an agricultural backwater to a manufacturing giant. It included recommendations that:

Hamilton was so successful that 100 percent of the income of the federal government from our founding to the Civil War came from tariffs—and we learned to manufacture just about everything we needed in this country as a result. His policies were continued after the Civil War—tariffs represented two-thirds of all federal revenues from Reconstruction to World War I, and as government exploded in size to fight World War II, tariff revenue still represented a third of all federal income.

Import tariffs on manufactured goods averaged—from 1791 until the 1980s—around 30-40 percent. As a result, we made things here.

The benefit of “making things” is that you add value more rapidly than is possible in any other way. You get richer—both individually and as a nation—faster than by any other means.

The move away from domestic manufacturing is also a national security issue. We can’t manufacture a cruise missile without parts from China, and the Pentagon largely runs on computers made in that country. But, even worse, virtually all of the generic drugs sold in America are manufactured in China or India, and both supply lines are in peril because of the coronavirus crisis. Ditto for hospital protective gear and sophisticated machinery like ventilators.

For all that, you can thank the Reagan and Bush Sr. administrations, which negotiated NAFTA, and the Clinton administration (and a Republican Congress), which gave Permanent Normal Trade Relations to China.

Labor was cheaper in China and India, so after much lobbying and a few cheerleading (but deeply flawed) books like Thomas Friedman’s The Lexus and the Olive Tree, we dropped our permanent average import tariffs into the realm of 2 to 3 percent, where they remain today. (Trump’s tariffs are meaningless, as they’re short-term and based on an executive order that expires with his presidency.)

The result was easily predicted. Most of our manufacturing went overseas, while the profits from the sale of foreign-made goods concentrated in a few hands (think Walmart and General Electric, the companies that first and most proudly drove China and India respectively into our manufacturing and service sectors).

While we didn’t make much here anymore, we still had a lot of cash and other “real assets”—real, physical wealth—left over from the two centuries when we made everything here. The share of that wealth in the hands of the middle class was mostly in the equity in our homes, cars, and pensions/savings.

And so the predators among us turned their sights on these last reservoirs of wealth in America. Starting in 1981, the Reagan administration and every subsequent Republican administration have pushed through both a deregulation of banks and investment companies, as well as a deregulation of how commodities (real things) were traded on margin (using money borrowed against the value of the commodities).

George W. Bush’s Fed jumped into the game, dropping interest rates below the rate of inflation for the biggest institutional borrowers—giving the Masters of the Universe all the cash they needed to gamble with, thus driving up the cost (but not the value) of commodities from houses to oil to gold.

But then the music stopped in 2008, in an early warning of today.

The Fed stepped in and poured trillions into the banking system, bailing out billionaires, hedge funds and foreign corporations in 2008 and 2009. Things seemed to stabilize, but, because nothing structural really changed, we’re now more in debt than we were in 2008 and the Fed is largely out of ammunition.

The last time things unraveled like this was during the Republican Great Depression of 1929-1938. That, too, followed a series of Republican administrations that had radically deregulated banking and securities rules, leading to wild speculation and asset bubbles, starting with a real estate explosion in Florida in the early 1920s. That Florida real estate bubble burst in 1927, and by 1929 it had spread to Wall Street.

What we are witnessing today is the death of neoliberalism (e.g., Reaganomics), although few in the corporate media will call it out. And the 40-year embrace of that neoliberalism—by both Republican and Democratic administrations—is every bit as responsible for our coronavirus mortality rates as is the incompetence of the Trump administration.

“Roosevelt is dead,” Rush Limbaugh famously intoned at the appointment of G.W. Bush as president, “but his programs remain, and we’re in the process of doing something about that, as well.” Indeed.

Let’s start calling this what it is—the total discrediting of the economic theories of Friedrich von Hayek, Milton Friedman, and borrow-and-spend Reaganomics. It’s the obvious failure of the “globalization,” deregulation and privatization promoted by the GOP through the 1980s and adopted by the Clinton Democrats in the 1990s.

Today’s coronavirus market crash is a clear and clarion call for a return to the commonsense policies Franklin Delano Roosevelt put into place that saved capitalism from itself and its predators (and led to four decades of sustained growth of both the economy and the middle class) three generations earlier.

The coronavirus crisis will pass within a year or three; after a great toll, enough of us will have immunity, or a vaccine will be widely available, or both. And when it does, the pent-up demand for goods will pop. We should reorganize our trade systems now (or in the next administration) to make sure most of those goods will again be made in America.

Now that we are again “rediscovering” the lessons of the Herbert Hoover’s market crash of 1929, if we don’t begin to move manufacturing capacity back into this country we will be, within a few years, far worse off than Americans were in 1932.

If we succeed in rebooting American manufacturing through the measures used by Hamilton (and emulated by China over the past 30 years), our recovery from this crisis could mark a new dawn for the American middle class.