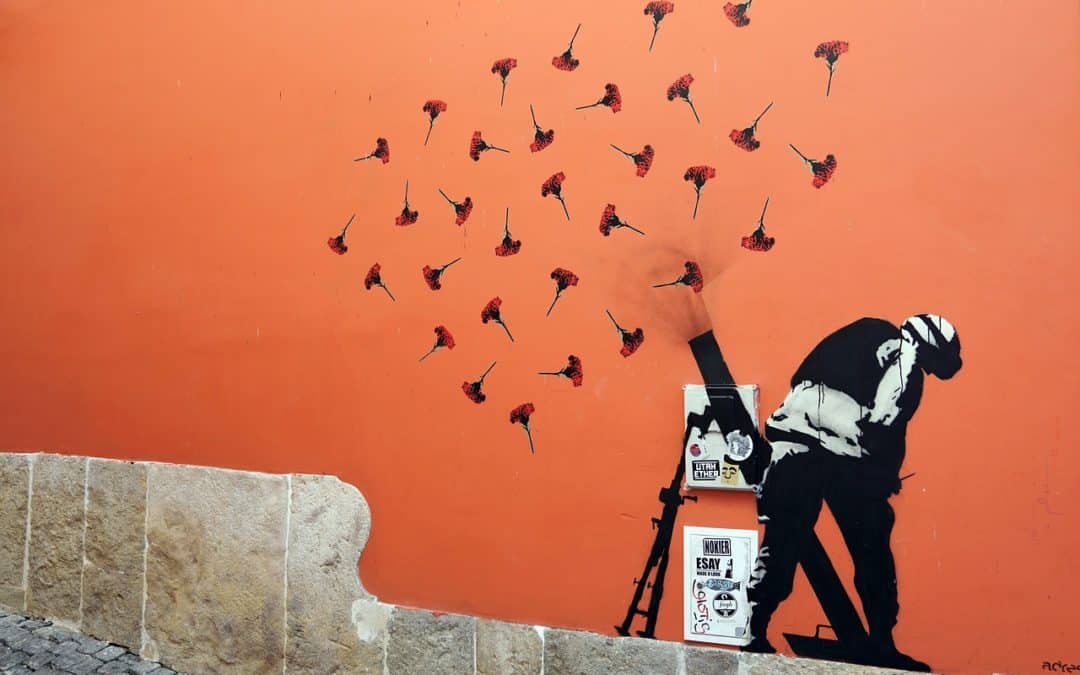 What’s one way to get a clear look at their priorities? In the case of a sitting president, by looking at their budget proposals. And when President Trump announced his $4.8 trillion budget recently, he made clear his top priority was continuing to plow more money into war, walls, and Wall Street — and less into everything else.

“We’re going to have a very good budget with a very powerful military budget,” he said, “because we have no choice.”

This is simply false. Budgets are all about choices, and President Trump’s budget speaks volumes about the priorities and people he has chosen.

The Pentagon already has a higher budget than it did at the peak of the Vietnam War. Yet while tens of thousands of troops qualify for food stamps, half of every dollar the Pentagon receives goes to corporate contractors that siphon off more than $350 billion each year. That’s roughly twice the entire budget for taking care of our veterans.

Who else wins with this budget? Immigration and Customs Enforcement (ICE), whose notorious treatment of immigrants and their children shocked the conscience of Americans. Under Trump’s plan, ICE’s budget would double by 2024.

Finally, Trump also chose to extend tax cuts that favor the wealthy at a further cost of $1.4 trillion over 10 years.

Who didn’t the president choose?

With his cuts to food stamps, housing, and afterschool programs, he didn’t choose the youth in Pacoima, California, where 1 out of 5 public school students are homeless, or the 39 million children who are poor or low-income across the nation.

With his cuts to student loan assistance, he didn’t choose the homeless students in Santa Cruz, California, who need to decide between doing research or finding a place to live, or the 45 million families who are saddled with more than $1.5 trillion in student debt.

With his cuts to health care and Medicaid, he didn’t choose Venus Greer from Selma, Alabama, who didn’t have access to Medicaid and died from preventable cancer complications, or the other 87 million Americans who are uninsured or underinsured.

WIth his cuts to the Environmental Protection Agency, he didn’t choose the Apache Nation in Oak Flats, Arizona, who are fighting against Resolution Copper to prevent the desecration of their sacred lands. He didn’t choose the Applachians, Lousianans, or Ohio Valley residents who suffer sky-high cancer rates from industrial contamination, or the 9 million people who die premature deaths worldwide from pollution.

Because of his warmongering and militarism, he didn’t even choose the 20 veterans who commit suicide every day, or the thousands of young people who will enlist in the military this year because they have no other economic opportunity.

The choice that Trump has made for this country is not just for war, walls, and Wall Street. It is also a choice for massive poverty, systemic racism, the devastation of our planet, and an endless war on the poor at home and abroad.

Budgets are moral documents. They reflect our priorities, who we believe is deserving of our nation’s abundant resources, and what we choose to invest in for future generations.

The Poor People’s Campaign Moral Budget, by contrast, shows how we can invest instead in education, good jobs, social welfare, housing, health care, water, democracy, and peace — and in the process grow our economy, stave off the climate crisis, and make our society safer and more equitable.

Trump has made his choice. What will ours be?

Shailly Gupta Barnes is the Policy Director of the Poor People’s Campaign and the Kairos Center. Lindsay Koshgarian directs the National Priorities Project at the Institute for Policy Studies. This op-ed was distributed by OtherWords.org.