Why Bernie Sanders Is Winning 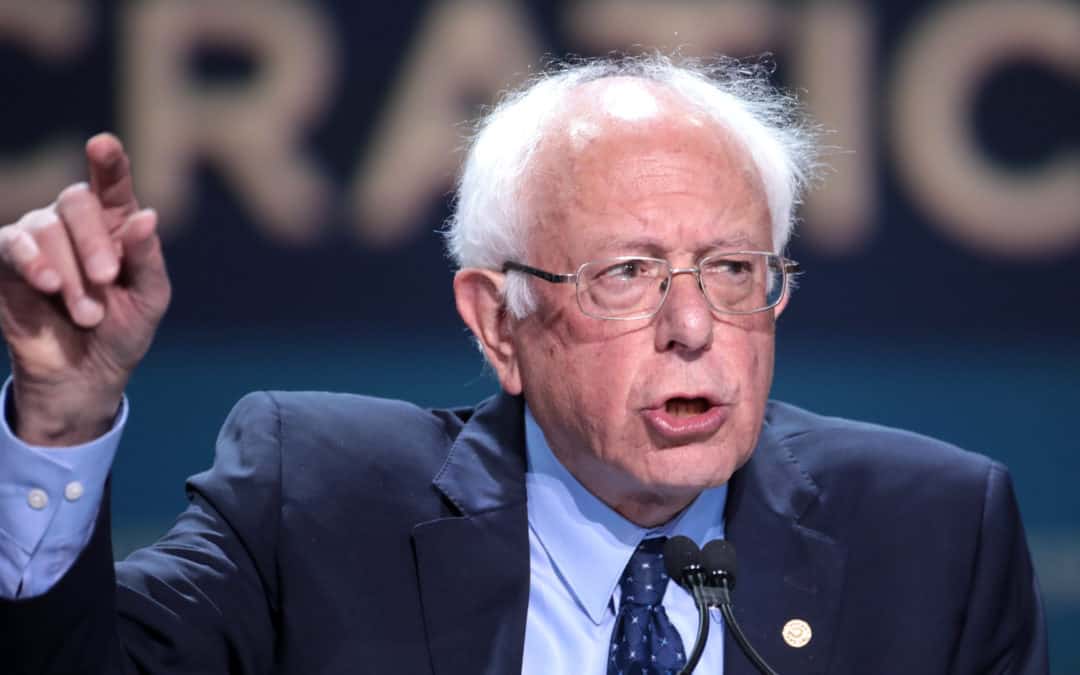 “I’m hearing my name mentioned a little bit tonight, I wonder why,” said Senator Bernie Sanders during the presidential candidates' debate in Charleston, South Carolina. “A lot of the issues we’ll be discussing tonight are issues that I raised four years ago.”

“Raising the minimum wage to a living wage, 15 bucks an hour; making public colleges and universities tuition free; and finally, doing what every other major country on Earth does, guaranteeing health care to all people as a human right, through a Medicare-for-All, single-payer system," he added.

The 2020 presidential primary debates have always been largely about the ideas put forward by the independent U.S. senator from Vermont, Bernie Sanders.

His agenda and policy proposals have dominated the discussion at each one, including at the South Carolina debate on February 25. All the rest of the candidates, including progressive Sen. Elizabeth Warren, have spent most of the campaign trying to distinguish themselves from him. The further they get from his nationally popular positions, the more their poll numbers go down.

The week between Sanders’ blowout win in the Nevada caucus on February 22 and the South Carolina primary on February 29 was no different.

Democratic politicians, presidential candidates, and pundits all tried to pounce on Sanders’s willingness to reiterate former President Barack Obama’s balanced comments about former Cuban dictator Fidel Castro and the Cuban Revolution. But this Karl Rove-style red-baiting was so far over the top that the “contestants” - as former New York City Mayor Michael Bloomberg called the presidential candidates he shared the stage with in Charleston - virtually knocked in the teeth their most popular former president to do so.

But these latest attacks against Sanders failed, even before before the presidential primary debate in South Carolina started. Here's how:

Earlier that day, the Associated Press (AP) Style Guide published a reminder on Twitter about how to describe Sanders' ideology. It was an implicit acknowledgement by the AP that the phraseology of the political revolution was sure to dominate both the debate and the post-debate copy.

We lowercase democratic socialism, a political ideology embraced by Vermont Sen. Bernie Sanders, New York Rep. Alexandria Ocasio-Cortez and others.
Do not capitalize unless a candidate stands for office as a member of the Democratic Socialists of America. #APStyleChat https://t.co/4uoQx9DZrm

Even more significantly, just a few hours before the South Carolina debate, former progressive presidential candidate Rev. Jesse Jackson published an op-ed in the Chicago Sun-Times, defending the use of the word “democratic” in democratic socialism.

While not an outright endorsement, Jackson comparing Sanders' views to those of his mentor, an international icon of civil rights, comes pretty close.

Democratic socialism isn’t the only concept the Sanders campaign has popularized into a household catchphrase. From railing against the billionaire class and the oligarchy, to pledging to fight for the working class as “Organizer-in-Chief,” Sanders' choice of words is changing the way we talk, and educating the public in ways no other candidate or campaign can.

That’s why Sanders will continue to set the terms of public debate in the presidential campaign. Because state by state, no matter what Democratic naysayers call him, his ideas are popular. The day after the South Carolina debate, House Speaker Nancy Pelosi said she’d be comfortable with Sanders at the top of the Democratic ticket in November.

David Goodner is a freelance social movement journalist, a member of Iowa Citizens for Community Improvement, part of the People's Action national network of grassroots groups, and a founding member of the Iowa City Catholic Worker. Follow him twitter: @davidgoodner