What Mike Bloomberg Will Never Understand 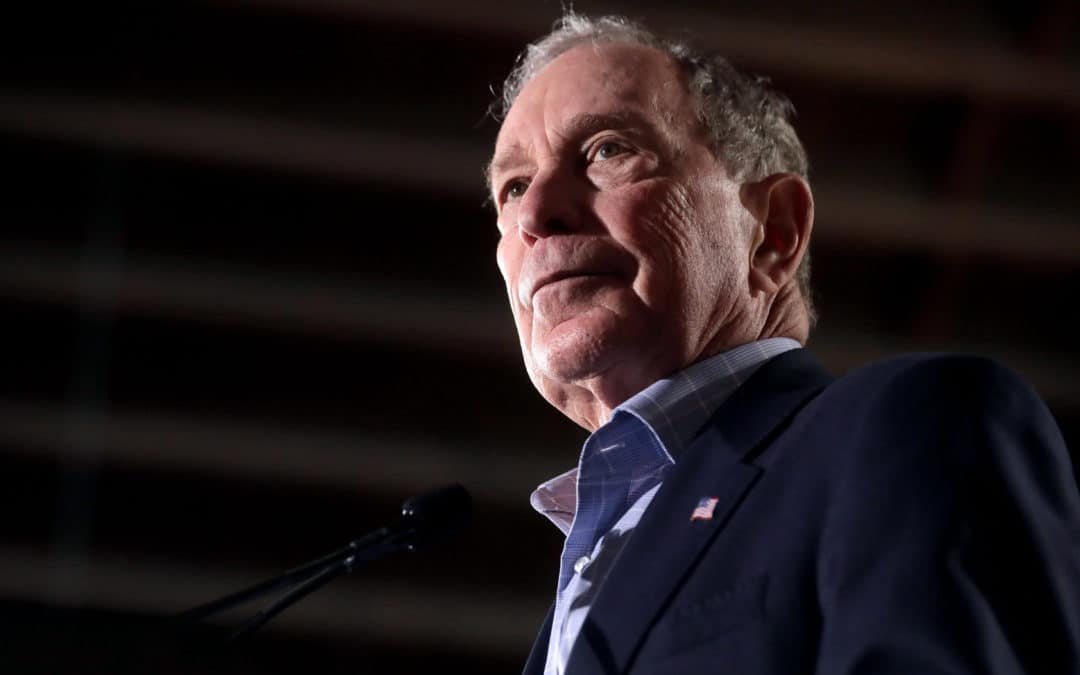 As I watched the Democratic debate, like millions of other Americans, I noticed the smug look on Michael Bloomberg’s face when Sen. Elizabeth Warren and others challenged him about his treatment of women, stop-and-frisk and other racist policies that he has championed. Eleven years ago, I personally had that exact same look directed at me.

On Feb. 3, 2009, as New York City was reeling from a financial crisis fueled by Wall Street greed, I helped organize a peaceful protest of then-Mayor Bloomberg. More than 100 low-income New Yorkers, most of who were people of color, entered the ballroom at the Grand Hyatt hotel in midtown Manhattan and surprised Bloomberg in the middle of his keynote address at the “Future of NYC” conference. Other participants attending the $249-per-plate luncheon included the CEOs of some of New York’s largest corporations, such as Jamie Dimon, CEO and chairman of J.P. Morgan Chase. This group of New York’s political and business elite had charged themselves with developing “recommendations on how to strengthen the city’s economy.”

The protest was organized by the Right to the City, an alliance of some of the largest grassroots organizations in New York, representing low-income, people of color, homeless and LGBTQ youth, fighting against gentrification and displacement. Our goal was to hand-deliver a letter to the mayor, requesting he meet with a delegation from our network to hear about our ideas for fixing the city’s economy. The group had been requesting a meeting with the Mayor for months, to no avail.

We peacefully walked through the front door of the Grand Hyatt and entered the conference just as Bloomberg was beginning his speech. We chanted, “Show me what democracy looks like! This is what democracy looks like!” in response to the mayor’s continued refusal to meet Right to the City members and his dismissal of the voices of low-income people of color who lived and worked in New York City.

We came to tell Bloomberg that we were fed up with his racist and undemocratic policies, such as stop-and-frisk, crumbling conditions in public housing, high rates of evictions and homelessness as rows of luxury condos sat vacant. We were also furious that he was circumventing the will of the people by seeking a third term, despite a public referendum in which New Yorkers voted for term limits.

In response to our chant, Bloomberg said, “I think actually they were right! In most other countries, they throw them in the slammer. This is a democracy.” Ironically, as we were voluntarily leaving the hotel, eight of our members were arrested, myself included, and forced to spend the night in jail (the charges were ultimately dropped, but only after months of having to go back and forth to court).

I’ll never forget the look on Bloomberg’s face that day in 2009 when he noticed that we had marched into the room (luckily, his face was blown up on large screens around the room). He was shocked and disgusted that anyone would interrupt or challenge him.

Bloomberg says he’s sorry for some of the racist policies of his mayoralty — policies that everyday New Yorkers are still reeling from. But from the look he gave Warren — the very same look he gave me and 100 other protestors in the Hyatt Ballroom — it’s clear that he hasn’t changed a bit. Any apology is pure political expediency.

We cannot allow another billionaire to buy his way into office. We cannot afford to have another leader that thinks he is above critique and dissent. We need a leader who will listen deeply to the voices of those on the ground and work with them to develop solutions that address our country’s legacy of greed, racism and sexism.

Alexa Kasdan is a research and public policy consultant who works with social justice organizations to bring directly affected communities into decision-making processes. She serves on the board of Community Voices Heard, part of the People's Action national network of grassroots groups, and was the director of research and policy at the Urban Justice Center’s Community Development Project from 2008 until 2018. First published in the New York Daily News.