How Bernie Can Be A Hope And Change President 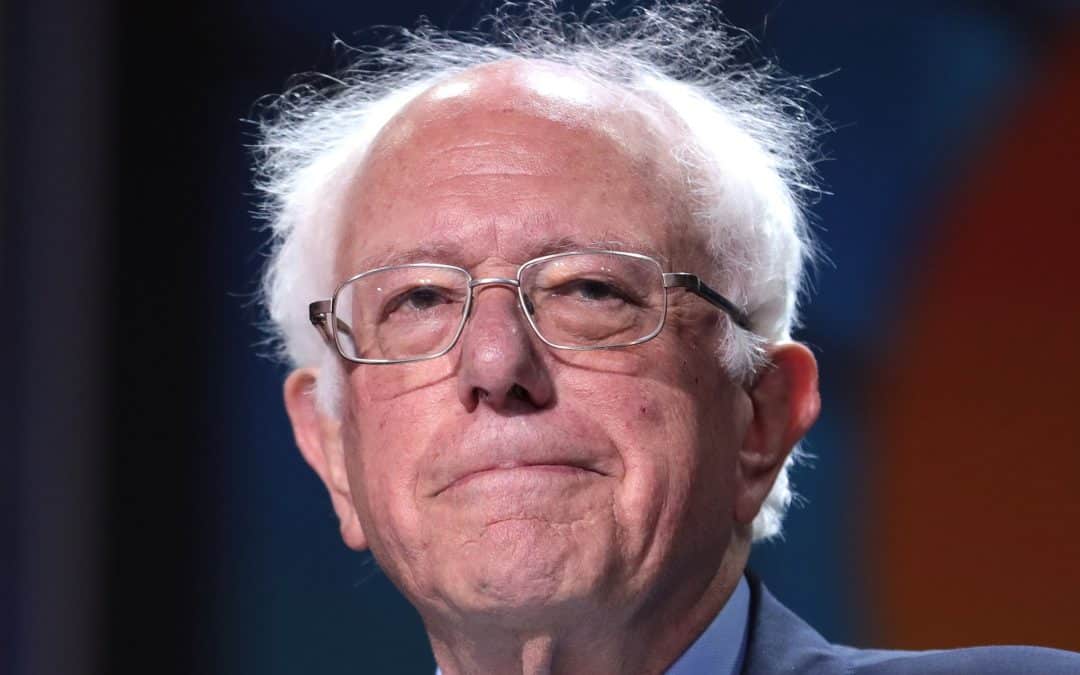 Sen. Bernie Sanders’ electoral victories in the first three early voting states of Iowa, New Hampshire, and Nevada make it much more likely that the political revolution will win the Democratic nomination for president and probably the White House.

If Democrats are looking for Obama 2.0—an inspirational figure with the drawing power of a rockstar celebrity and a mass, multiracial movement behind him—they've found it.

Sen. Sanders is notoriously much more combative and ideologically driven than former President Barack Obama, who famously promised to transcend bipartisanship but only delivered more polarization. Unlike Obama, Bernie’s truly diverse and working-class base isn’t beholden to any party machinery, billionaire donors, or corporate interests.

But Bernie will need more than ideological purity and an independent base of power to avoid the pitfalls of his predecessor. Pundits across the spectrum are already saying Sanders can’t deliver what he promises, setting up the democratic socialist project to be discredited if his agenda doesn't pass into law.

Here are the Top Five Ways a hypothetical Sanders Administration can differentiate itself from President Obama and succeed where he failed:

Obama incorporated most of his primary opponents into his cabinet and chose Joe Biden as vice-president because he was a moderate old white man. Bernie doesn't need a centrist like Amy Klobuchar on the ticket to beat President Donald Trump in November.

After last week's dismantling of billionaire mayor Michael Bloomberg, Sen. Elizabeth Warren is once again the clear and obvious choice to be Sanders’ running mate. She will excel as an attack dog on the campaign stump, traditionally one of the most important roles of the vice president.

2) Introduce a Medicare for All bill as president, don’t let Congress write it

In 2009, Obama said he wanted to respect the role of Congress and only gave a broad outline of what he wanted with health-care reform, leaving it to lawmakers to fill in the details. This backfired spectacularly when multiple bills were introduced riddled with pork, complexity, and cost overruns, driving down public support.

At the time, Obama said he allowed Congress to write their own proposals because he wanted to avoid the fate of former Democratic President Bill Clinton, who introduced his own bill and then saw the limits of his power exposed when Congress refused to go along.

To avoid both of these fates, President Sanders should introduce his own Medicare-For-All legislation on Day One—and use the bully pulpit and his mobilized army of supporters to move Congress to pass it within his first 100 days in office.

The nation doesn't need to have a lengthy debate over a single-payer system next year, that's what the 2020 election this November is for. Bernie should get it done in his first 100 days in office before the corporate insurance and pharmaceutical lobbies have time to mobilize and kill real change.

3) Prioritize union rights as much as health care

The Democratic Socialists of America argue that a popular new program like Medicare for All “will build a mass constituency for democratic socialist politics and durable ties between our organization and a broad working-class base.”

This may be historically true, but it didn't quite work out that way earlier this decade. In 2010, a Tea Party backlash sparked by the corporate giveaways in Obamacare took power back for the House GOP, making Obama a lameduck president for the rest of his two terms in office.

Expanding labor union rights is the best and most effective way to build a permanent base of independent working-class power, bar none. A President Sanders must also introduce his Workplace Democracy Act on Day 1 alongside a Medicare-for-All bill, and push just as hard to pass it in his first 100 days in office. Nothing will ensure the longevity of the political revolution more than expanded union rights—which will help usher in an explosive new wave of pro-worker organizing.

Union rights could also be paired with an increase in the minimum wage, just like the original Fight for $15 and a Union slogan. If Obama can propose a Grand Bargain with the GOP to slash Social Security and Medicare—as he did in 2011—then progressives can pass a $22/hour minimum wage increase and a workplace democracy bill in one shot when we’re in power. The same is true for an ecosocialist Green New Deal.

Obama was notoriously soft on moderate Democrats during his time in office, but he rarely hesitated to put the screws to progressives to make them toe the line. Obama publicly pressured former Ohio Rep. Dennis Kucinich and Sen. Sanders to win their votes on Obamacare (Bernie, by the way, got something for his vote in return: an amendment that allocated billions of dollars towards community health-centers to help fill the gaps in coverage).

A Sanders Administration will use the bully pulpit and the powers of the presidential purse strings more aggressively than Obama did to batter moderate Democrats and Republicans to support his agenda. He can also unleash his army of followers online and into the streets to do the same.

If push comes to shove, Bernie may need a Senate majority leader to abolish the filibuster, but he can go around Senate leadership by having Vice President Warren rule that the measure only needs 50 votes to pass instead of 60 under budget reconciliation. The GOP-controlled Senate has already done this to pass Trump's tax cuts without a super-majority of votes.

Obama was too cautious in his use of executive authority, including agency rulemaking and executive orders. Bernie has to start with every lever of power ramped up to maximum. The American Prospect’s Day One Agenda is a guidepost to how this can be effectively done, including some ideas that will strengthen the pledges Sanders’ team has already made.

The Bernie Sanders campaign has a long way to go to cinch the Democratic primary nomination and win the White House from President Trump. But no politician in the history of either party has won the first three early nominating contests back-to-back.

Bernie and his multiracial, working-class coalition are now in a position to sweep South Carolina, Super Tuesday, and the vast majority of all fifty states. If that happens, a general election victory in November is a good bet.

Sanders and his movement must do all they can to rise to this momentous occasion by avoiding the mistakes of the past.

Rather than wipe out the Democrats as a national party, as Obama did, four years of good government under Bernie's rule could result in an even bigger voter turnout in 2024, as everyday Americans once again begin to believe in the democratic process again. Then the promise of Obama will finally be realized, real social change we can believe in, and a permanent Democratic majority to protect it over time.

David Goodner is a freelance social movement journalist, a member of Iowa Citizens for Community Improvement, part of the People's Action national network of grassroots groups, and a founding member of the Iowa City Catholic Worker. Follow him twitter: @davidgoodner