Young Voters Make All The Difference For Bernie 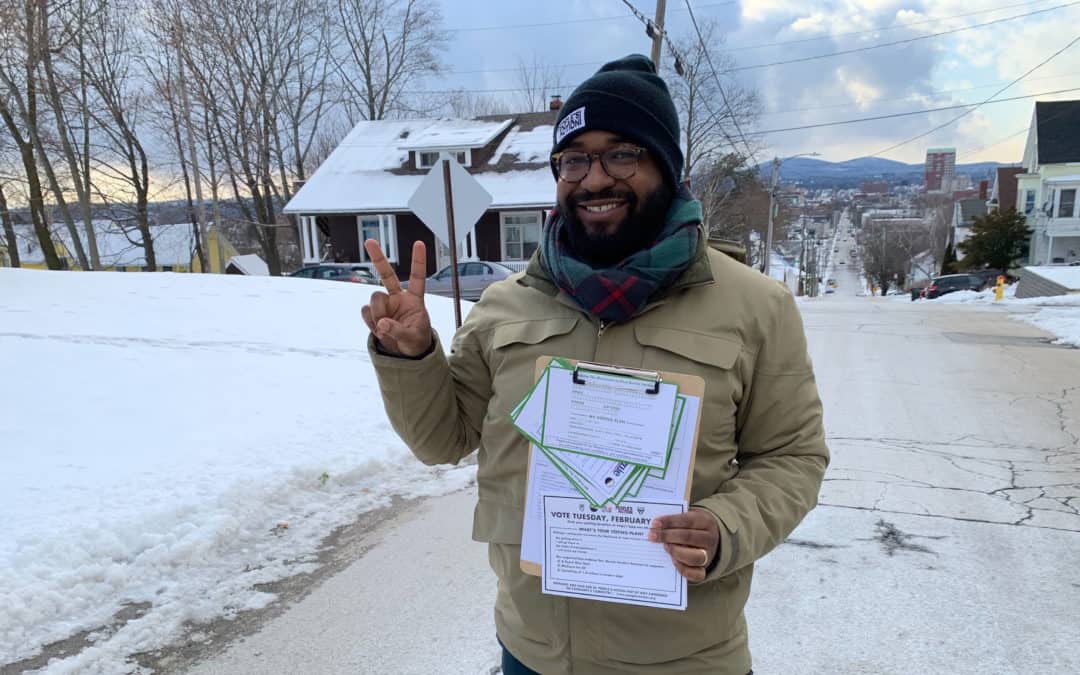 It took every one of us to bring home Senator Bernie Sanders’ victory in the New Hampshire Primary last night. A lot of us, like me, are young people who have a vision for a sustainable and livable future, a vision Bernie shares with us.

There’s an alignment between the vision we see for our futures as young people, and what Bernie’s message about how, as a nation, we can invest in that better future, to build a country that works for everyone. That’s why we’re standing with him. 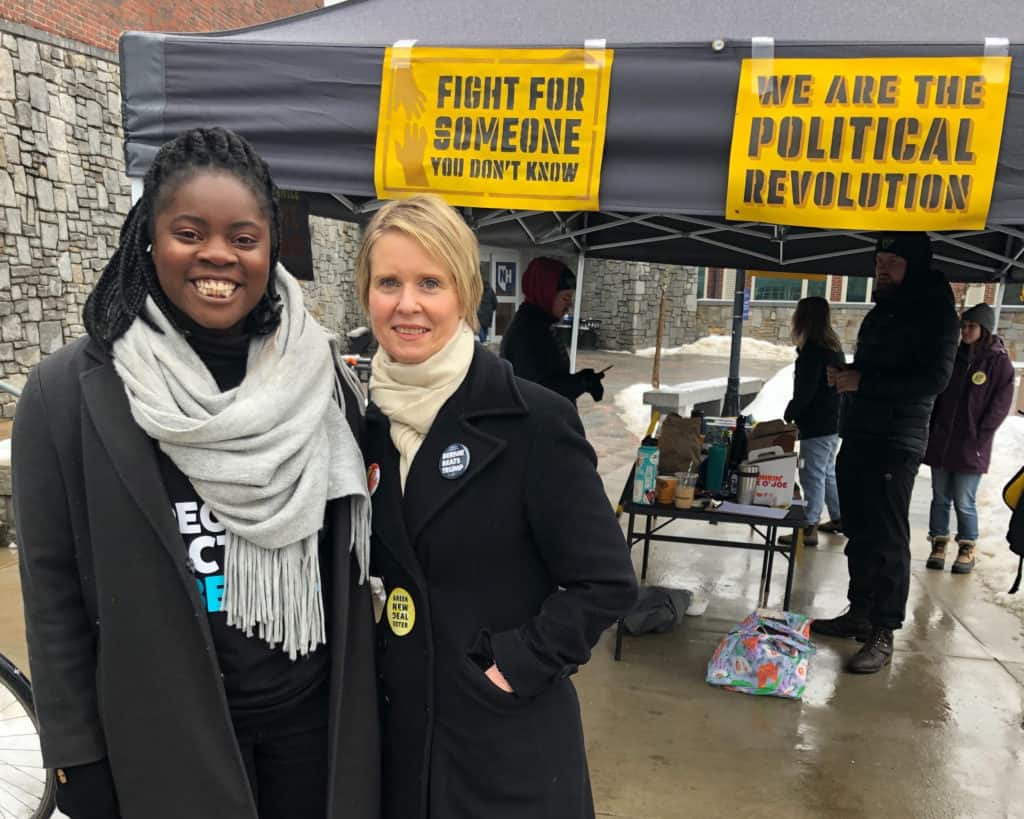 I live in Oakland, California, and this weekend I came out here to support New Hampshire Youth Movement, who are affiliates of Student Action and People’s Action, in their final push for Bernie. In just four years, the NYHM has become a force to be reckoned with in the state. Bernie’s success last night, shows they’re just getting started, and they’ll continue to win.

In the last month before the primary, NYHM made over 33,000 calls to young voters and knocked on 20,000 doors across the state. On Monday night, while many in Durham were enjoying a concert featuring The Strokes, Bernie and Alexandria Ocasio-Cortez, NYHM members stayed outside in the cold to collect pledges, then went back to the office to make more phone calls. That’s dedication. 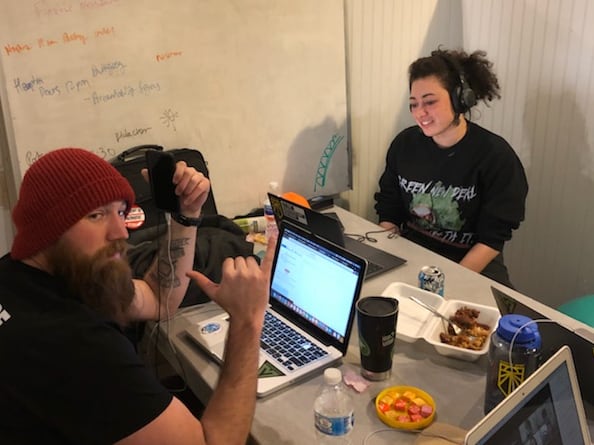 Yesterday, on four campuses, we helped students find their polling location, answered questions about same-day registrations and gave students rides to the polls. 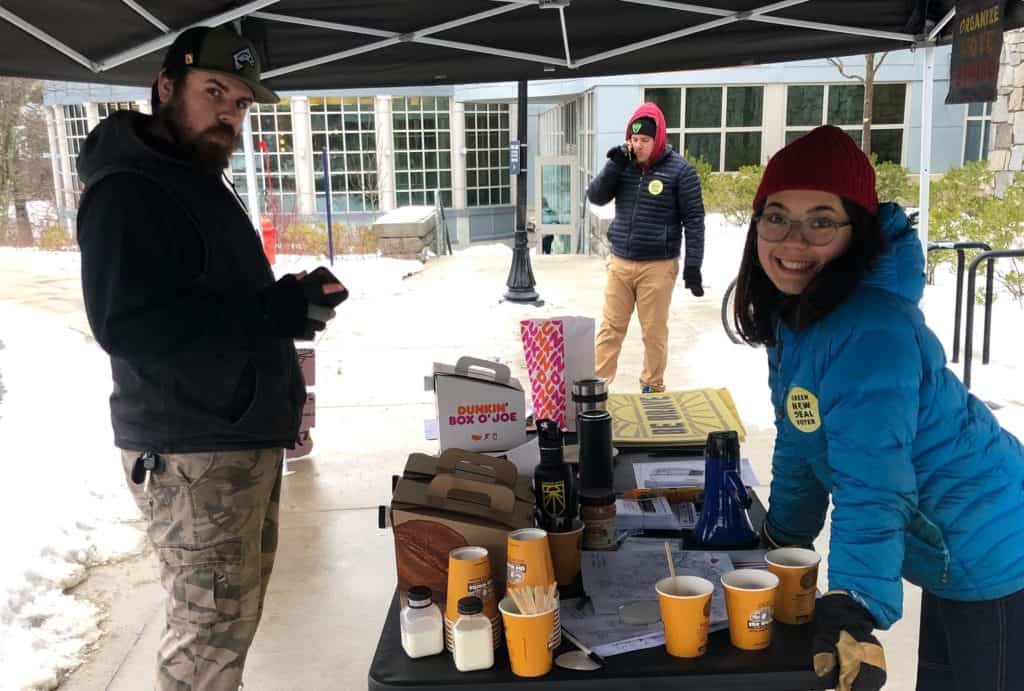 In all, NHYM collected nearly 12,000 pledges to vote for Senator Sanders. That’s three times Bernie’s margin of victory. And according to CNN, Sanders won more voters under 30 in New Hampshire than all of the other candidates COMBINED. So it’s safe to say young voters – and the NYHM – made all the difference for Bernie here.

I am truly inspired by the resolve and heart of the NHYM team, who’ve been organizing on campuses for months, and hundreds more like me, who came from across the country to pitch in. 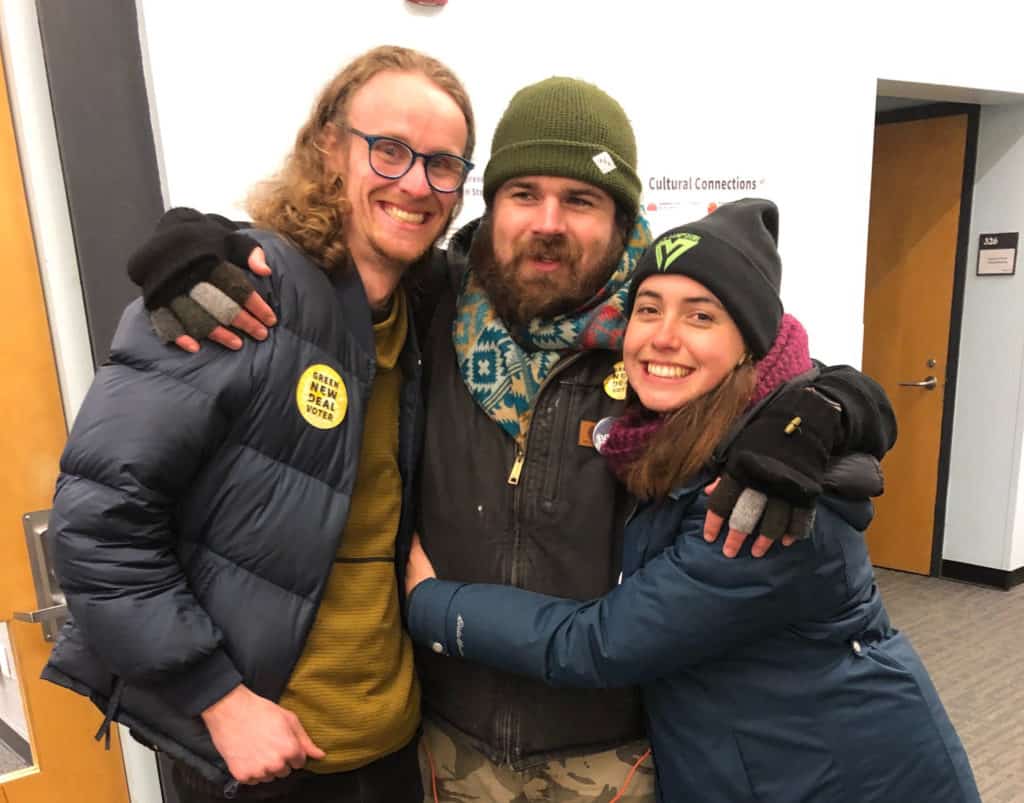 Esther, a 16-year-old from New Jersey, volunteered through the Sunrise Movement to come and knock on doors for Bernie the last two weeks. She told me she’s fighting for a Green New Deal, and fighting for a livable planet for her younger siblings.

It was clear in my conversations with Esther and other young people that they are energized about issues like climate change and student debt, which have a huge effect on their lives. And that they’re willing to take the step to participate in the political process – even if, like Esther, they can’t cast their own vote, yet! 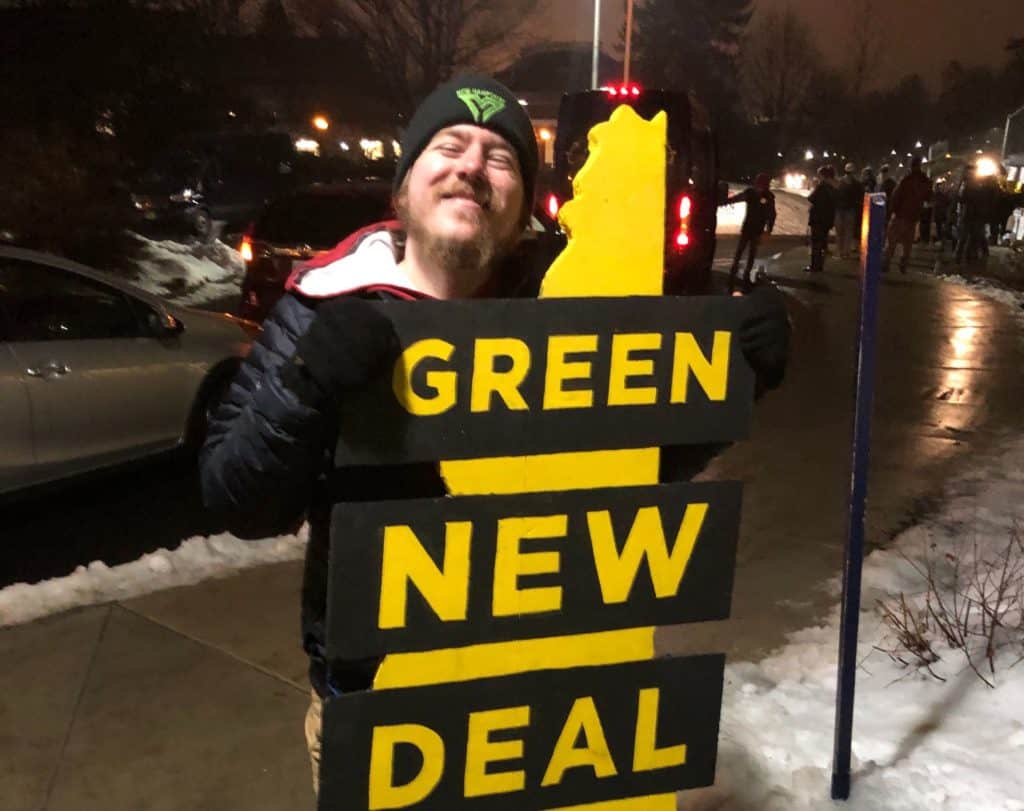 There’s been a lot of talk about the importance young voters will have in this election, how they will determine what is politically possible this year and beyond. That’s certainly what I’ve seen on the ground in New Hampshire, and in Iowa – where members of Student Action also helped triple the youth turnout for Bernie. I think this will be a trend in other primary races, too – including in my home state of California.

As we knocked on doors, many voters were still undecided, even hours before the vote. These include a woman I met in Durham, who I’ll call Emily.

“Bernie Sanders’ campaign is super exciting to me, I just don’t know if it’s realistic,” she told me. “I really don't want to go up against Trump and lose.”

Another, who I’ll call Pete, is a registered Republican, but excited to support Sanders in the general election if he becomes the Democratic candidate. At 68, Pete is aging and dealing with the reality of paying a lot for his health care. Bernie’s vision for Medicare For All really resonates with him.

In all of my conversations, it struck me both how much Bernie’s vision resonates with people, but also how many expressed fear – over and over again, I heard, “I want to beat Trump. I don’t want to live under a Trump presidency, so I'm trying to figure out who can beat Trump.”

They all had different ideas about who the best candidate might be – but many seemed to be excited by Bernie’s platform, and the ideas he endorses: Medicare For All, the Green New Deal, and Free College For All. But they’re also feeling traumatized by the last three years under Trump.

Many of these undecided voters seemed reassured when I told them I’d come all the way from California to support Bernie. “You know, you’re not alone in feeling afraid,” I said. “But we’re here because we support a candidate who has a vision and a path forward away from the fear, one who can challenge the status quo.” 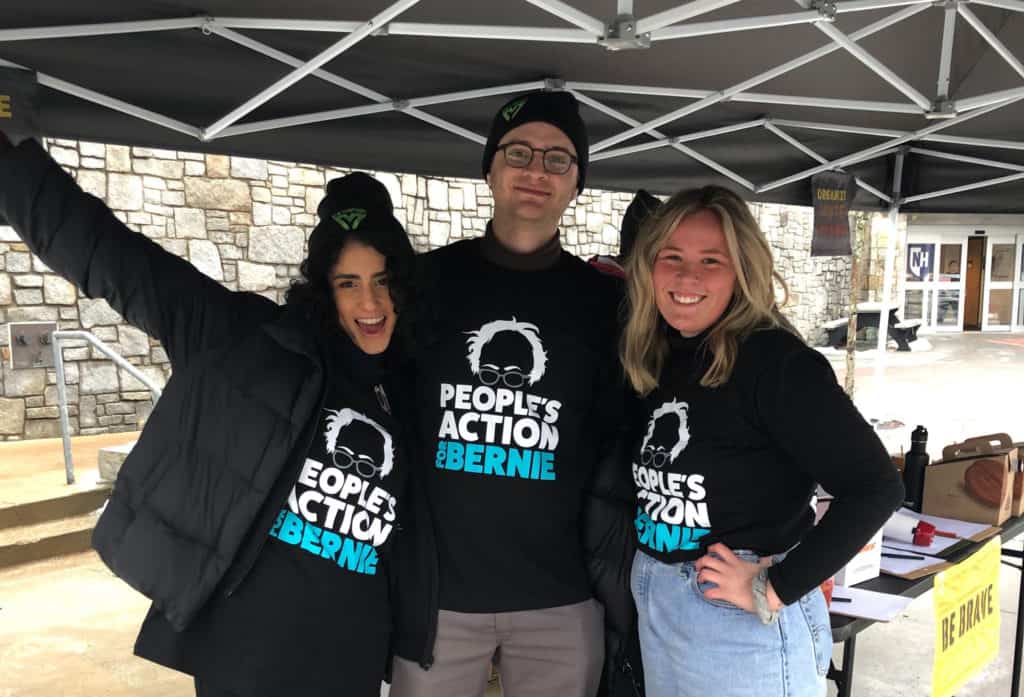 Last night in New Hampshire, I got to celebrate – but not for long! By the time you read this, I will be on my way home to California, where I’ll be organizing with other Student Action leaders-to make sure Bernie gets as many of our state’s 494 electoral votes as he can in the Super Tuesday vote, on March 3rd.

If we want to win, there’s no time to rest. Because young voters want to make sure that Bernie’s win in New Hampshire, as he told the crowd in his victory speech, “is the beginning of the end of Donald Trump.”

Adiel Pollydore lives in Oakland, California, where she is campaign director for Student Action, part of the People's Action national network of grassroots groups.