The People’s Housing Platform Moves Us Towards Housing Justice 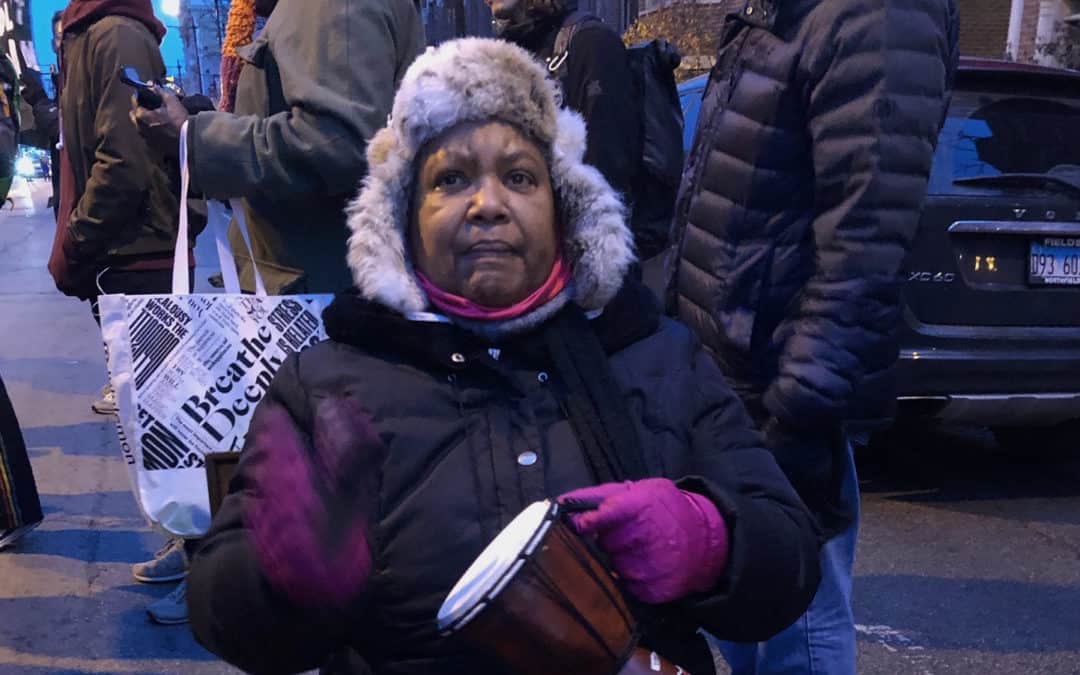 Marsha Cole speaks on Capitol Hill at 1:30 p.m. on Wednesday, Jan. 29, on behalf of People's Action and the Jane Addams Senior Caucus, to introduce the People's Housing Platform. Click here to watch the livestream.

I’ve been to Washington, D.C. three times in my life. The first was in 1963, as a young girl, to hear Dr. Martin Luther King, Jr. speak at the March on Washington. The second was in 2009, for Barack Obama’s first inaugural speech. And the third is today, when I speak on Capitol Hill, with the Jane Addams Senior Caucus and People’s Action, for housing justice.

Progressive lawmakers asked grassroots leaders like me to join them to create and introduce the People’s Housing Platform, an unprecedented package of bills to address our housing crisis. These include a demand for 12 million new units of social housing, a $200 billion community control fund, new tenant protections and a Green New Deal for public housing.

But I want to tell you why I’m here.

I was born and raised in Chicago. As a licensed contractor, I’ve built houses, and ran successful businesses. But when I returned to Chicago after more than two decades, I almost became homeless. That’s because Chicago has become unaffordable to someone like me – a senior on a fixed income.

Chicago has been transformed by developers’ greed. It’s almost unrecognizable. When I ride around, I see high-rise condos and luxury lofts where public housing used to be, and big-box chains instead of mom-and-pop stores. I see schools closed and abandoned. Everything looks different now.

When I left Chicago, I was already a successful entrepreneur. After coming up through the CETA program and the Evanston Parks Department, I started my own landscaping company, and did business with city and state governments.

When I moved to Las Vegas, I discovered there had never been a female construction superintendent there, so I couldn’t get hired. So I became an OSHA-certified safety expert. I never got rich, but I could provide for my family, and help others in our community. That, to me, was success.

Then in 2016, I got diabetes and got very, very sick. I lost my health insurance and had to move in with one daughter in Georgia, then another in Chicago.

I was able to get Social Security and on Medicaid, and am starting to feel better. But it’s not enough to live on in Chicago, or afford an apartment of my own.

So all I can do is ride by these beautiful new buildings. They’re gorgeous, overlooking the lake, or the downtown skyline. But they’re out of reach to someone like me. You see there are units available, but you dare not to call, because you know your income is nowhere near enough.

So I’ve gotten on lists: eighteen waiting lists in all, for senior apartments. On Thursday, I’m getting on number nineteen, for a building where they haven’t even broken ground yet.

I check in on these lists every month, and they always say, “Your name’s on the list.” When I ask, “What number?” they can never answer. Is it a secret? I’m beginning to wonder if I’m on a list at all, or if they even exist.

Because a list and a number aren’t solutions to our housing crisis. The Federal Government is millions of houses behind what they need to provide: in Chicagoland alone, there are more than a million people looking for housing. So I’m far from the only one. And HUD Secretary Ben Carson has done less than nothing for us: all he does is put you on another list.

The saddest thing about these fancy new condos and townhouses is that a lot of them are empty. Some are as much as 50 percent vacant. So if developers can afford to overbuild, and leave their apartments empty, then they can afford to let some of us seniors in. Let us in! Or we could tax the developers on their vacancy rate, and use that to help pay for the new housing we need.

That’s why I’m in Washington, and on Capitol Hill, today. Because the People’s Housing Platform is a step in the right direction. The door to housing justice for seniors, and for Black and brown people, needs to really be open. Not halfway open, but all the way open - so we can get in, and stay in.

I joined the Jane Addams Senior Caucus and People’s Action because we know there’s strength in numbers. And as a former builder, I’ve got plenty of ideas about how we can fix our housing crisis. I have planned in my head and on paper how we might create a senior citizen complex that would be a mixed community across generations, that has everything we need. We have a plan. So it’s time for the big boys to give us a seat at the table.

I have three daughters, and seven grandkids. They’re not in Washington with me, but I know they’re listening. And if I don’t do anything else, I’m trying to leave a legacy for my grandkids and teach them that you have to stand up and speak.

Whether you’re living well or not, there are other people you’re speaking for. So I’ll share this with them, then we can sit down and talk about it, and they can share it with their children. That’s the only way we’re going to keep the ball rolling. Otherwise, it’s going to stop. That’s why I’m here today.