Joe Biden Has Tried To Cut Social Security For 40 Years 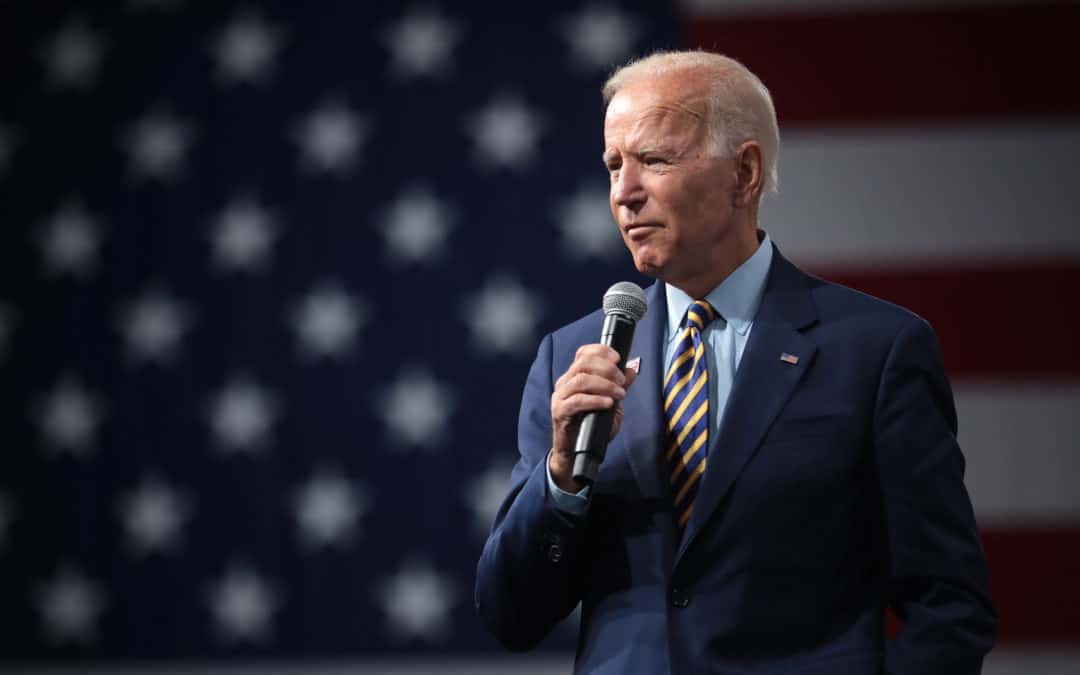 Recently, a newsletter from the Bernie Sanders campaign laid out Joe Biden’s long record of supporting cuts to Social Security. The website PolitiFact weighed in on one part of that record, a speech Biden gave in 2018 in which he expressed enthusiasm for former House Speaker Paul Ryan’s plans to cut Social Security.

PolitiFact wrongly ranked the statement from the Sanders newsletter as “false” because they willfully refused to understand what Biden said in the speech—and how it represents decades of Washington establishment consensus on cutting the American people’s earned Social Security and Medicare benefits.

In the 1980s, Biden sponsored a plan to freeze all federal spending, including Social Security. In the 1990s, Biden was a leading supporter of a balanced budget amendment, a policy that the Center for American Progress and the Center on Budget and Policy Priorities (two center-left think tanks who are hardly in the tank for Bernie Sanders) agree would be a catastrophe for Social Security.

More recently, Biden led “grand bargain” negotiations with Republicans during his time as vice president. This “grand bargain” would have given Republicans structural, permanent cuts to Social Security in return for tax increases on the wealthy that would be rolled back as soon as a Republican president got elected to office.

Time and time again, Biden kept coming back to the negotiating table, insisting that Republicans were dealing in good faith. Ultimately, the grand bargain fell through only because of hardline House Republicans refusing to make even an incredibly lopsided deal. Biden was fully prepared to make a deal that included Social Security cuts, including reducing future cost-of-living increases by implementing a chained CPI.

One of those billionaires, Pete Peterson, spent almost half a billion dollars on a decades-long crusade to destroy Social Security and Medicare. Peterson died in 2018, but his money lives on in the form of think tanks like the Committee for a Responsible Federal Budget (CRFB), which relentlessly advocate for benefit cuts while insisting that they are neutral arbiters because they are “non-partisan.”

Non-partisan and non-ideological are two very different things, but the media has an unfortunate tendency to treat them as one and the same. The CRFB and similar groups are zealously committed to an ideology of cutting the American people’s earned benefits. PolitiFact quotes a CRFB staffer to back up their article, without providing readers with any context about CRFB’s ideology or speaking to an expert opposed to Social Security cuts.

It’s easy for people in a D.C. elite bubble, working for think tanks or newspaper editorial boards, to support cutting Social Security. Cushioned by billionaire money, they have no idea what it’s like to live on the average Social Security benefit of less than $18,000 a year.

But in the rest of the country, it’s a very different story. People love Social Security, the only thing keeping their grandparents, their friend with a disability, and their young neighbors who recently lost a parent out of poverty. Grassroots activists across the country, working with congressional champions like Sanders and Sen. Elizabeth Warren, put pressure on Democratic politicians and changed the conversation on Social Security.

That includes Biden, who has disavowed benefit cuts and is running on a plan to modestly expand Social Security benefits. Politicians responding to activist pressure is a good thing, and people have the capacity to evolve and change. But Biden continually sows doubt that his change of heart is genuine by continuing to talk about the merits of “sharing power” with Republicans. He says that “there’s an awful lot of really good Republicans,” and has even stated that he’d consider making a Republican his vice president.

Biden doesn’t seem to have changed much from his time as vice president, when he offered Republicans “grand bargains” that included Social Security cuts again and again. At this point, it’s self-evident that the only agenda Republican politicians care about is cutting taxes for their billionaire donors and stealing earned benefits from the American people. When Biden says that he wants to work with them, it suggests that he remains open to that agenda. That’s very concerning for everyone who cares about the future of Social Security and Medicare.

Additionally, Biden’s past support for Social Security cuts is a major vulnerability should he become the Democratic nominee. In the 2016 election, Donald Trump continually promised to protect Social Security and Medicare. That was a lie. But lying has never bothered Trump, and he’ll be happy to use the same playbook in 2020.

There are numerous videos of Joe Biden calling for Social Security cuts. We can expect Trump to blanket Wisconsin, Michigan, and Pennsylvania with ads containing that footage.

Democrats win when they can draw a clear contrast with Republicans on protecting and expanding our most popular government program, Social Security. Nominating Joe Biden would make that far more difficult than it needs to be.

Alex Lawson is the executive director of Social Security Works, a non-profit advocacy group that supports expanding benefits to address America’s growing retirement security crisis. This article was produced by Economy for All, a project of the Independent Media Institute.