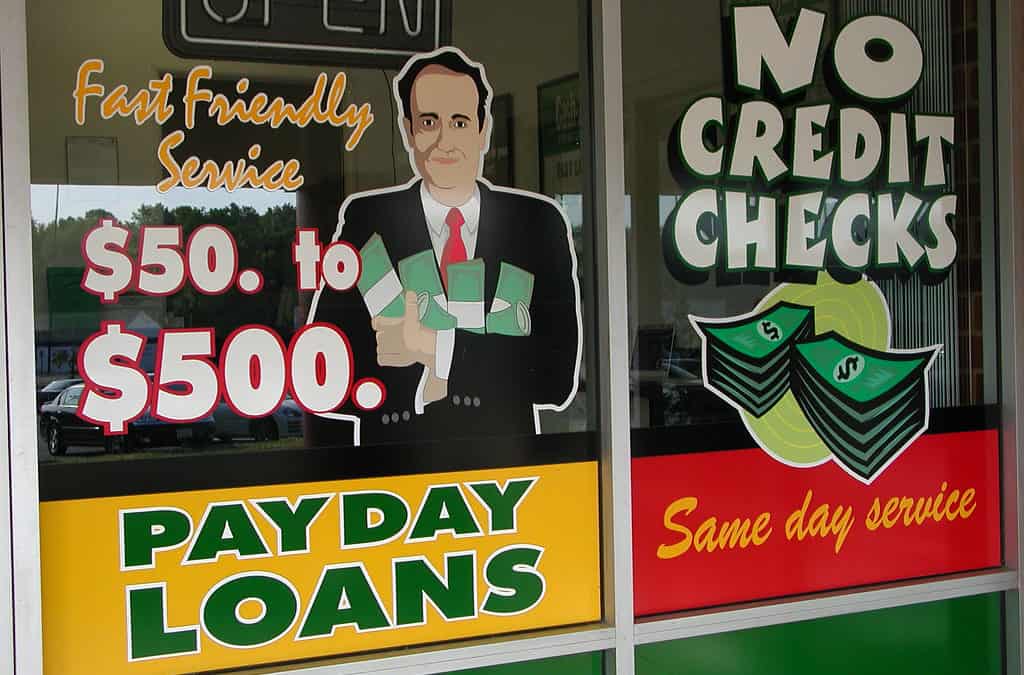 Installment loans seem like a kinder, gentler version of their “predatory” cousin, the payday loan. But for consumers, they may be even more harmful.

Use of the installment loan, in which a consumer borrows a lump sum and pays back the principal and interest in a series of regular payments, has grown dramatically since 2013 as regulators began to rein in payday lending. In fact, payday lenders appear to have developed installment loans primarily to evade this increased scrutiny.

A closer look at the differences between the two types of loans shows why we believe the growth in installment loans is worrying – and needs the same regulatory attention as payday loans.

At first glance, it seems like installment loans could be less harmful than payday loans. They tend to be larger, can be paid back over longer periods of time and usually have lower annualized interest rates – all potentially good things.

While payday loans are typically around US$350, installment loans tend to be in the $500 to $2,000 range. The potential to borrow more may benefit consumers who have greater short-term needs.

Because installment loans are repaid in biweekly or monthly installments over a period of six to nine months, lenders say consumers are better able to manage the financial strain that brought them to their storefront in the first place.

Payday loans, in contrast, typically require a lump sum payment for interest and principal on the borrower’s very next pay date, often just a few days away. Lenders offer cash in exchange for a post-dated check written from the borrower’s checking account for the amount borrowed and “fees” – what they often dub “interest” to skirt usury rules.

Finally, and perhaps most importantly, installment loans are often cheaper than payday loans, with annualized interest rates of around 120% in some states, compared with payday loans’ typical 400% to 500% range.

Unfortunately, some of the structural features that seem beneficial may actually be harmful to consumers – and make them even worse than payday loans.

And the fact that the loan amounts are larger may cut both ways.

It is true that the small size of payday loans often isn’t enough to cover a borrower’s immediate needs. About 80% of payday borrowers do not repay their loan in full when due but “roll over” their loan into subsequent paycheck. Rolling over a loan allows borrowers to repay merely the interest, then extend the loan in exchange for another pay cycle to repay at the cost of another interest payment.

In a recent study, we explored the effect that the larger installment loan sizes have on borrowers. We used a dataset containing thousands of installment loan records in which some borrowers received a larger loan because they earned a higher income. Although similar in terms of factors such as credit risk and income level, slightly higher-income borrowers were offered a $900 loan, while others got only $600.

We found that borrowers with those larger loans were more likely to have subsequently taken out debt on other installment loans, storefront and online payday loans and auto title loans. Our results suggest that the higher initial installment loan might not serve its main purpose of helping borrowers manage their finances and actually may have caused increased financial strain.

As some of our previous research has shown, even payday loans, with their sky-high annualized rates and balloon payments, can be beneficial to consumers in some instances.

Installment loans are no different. When used carefully, they can help low-income consumers with no other credit access smooth consumption. And when they are paid back on time, the loans can certainly provide a net benefit.

But their nature means they are also rife for misuse and abuse. And any negative effects will apply to a broader group of consumers because they are deemed more “mainstream” than payday loans. Lenders are targeting consumers with higher credit scores and higher incomes than those of the “fringe” borrowers who tend to use payday loans.

Installment lending accounts for an increasingly large portion of the alternative credit industry. If regulatory crackdowns on payday lending continue, installment lending is likely to become the bulk of lending in the small-dollar, high-interest lending market.

Given the current lack of regulation of these types of loans, we hope they receive increased scrutiny.

Paige Marta Skiba is a Professor of Law, and Caroline Malone is a Ph.D. Student in Law and Economics at Vanderbilt University in Nashville, Tennessee. Distributed by The Conversation.