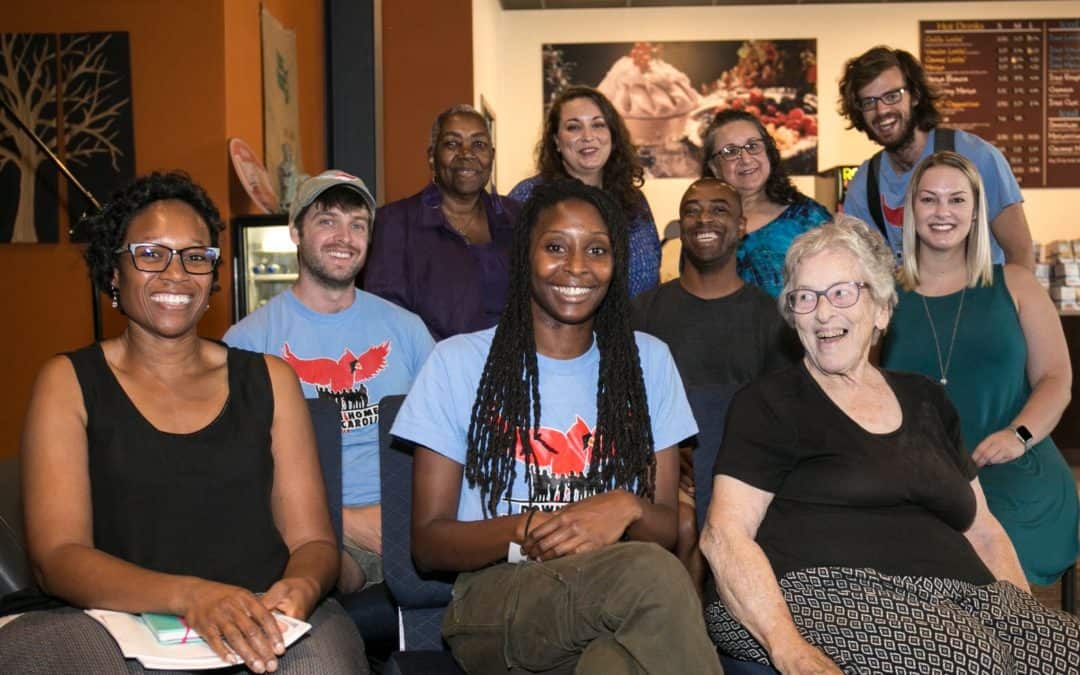 Here is a hard truth: Police do not keep communities safe.

Modern U.S. police forces evolved from watch systems developed in the early colonies, which were gradually professionalized after the emergence of cities — and the rise of slavery. In the South, these forces were used as “slave patrols,” tasked with catching runaway slaves and squashing uprisings.

The role of police has greatly expanded since then, with officers intervening in everything from mental health crises to routine schoolyard incidents. With police now receiving military-grade weapons and often legally insulated from accountability, citizens are at the mercy of choices officers make — decisions that may be made under extreme distress or tainted with bias.

Black Americans are most at risk. Compared to other demographics, we face a significantly higher risk of being killed by police. Just this year Black Americans have been killed sitting unarmed in their homes, playing video games with family members, and engaging in other everyday activities.

But we aren’t alone. In rural communities, fatal encounters with police officers are also increasing, yet widely unreported. That’s one reason Western states like New Mexico, Oklahoma, Arizona, Alaska, and Wyoming, as well as other largely rural states like West Virginia, are among the top in the country for officer-involved shootings.

Jack Yantis, a white, 62-year-old Idaho rancher, was shot to death in 2015 after arriving to put down a wounded bull that had been struck by a car. It was the police themselves who’d called Yantis to the scene, yet they shot him 12 times after he arrived with his rifle.

Meanwhile, the opioid crisis is leading to a greater police presence in rural communities, which has had serious consequences. In many places, police are using military-style SWAT teams to investigate people merely suspected of drug crimes, resulting in serious injuries and deaths.

Indigenous and Latinx people also face higher risks of police misconduct and abuse. And across all racial communities, people with mental illness and low-income people are at risk.

This affects everyone. That’s why communities — all of us — need to come together to investigate alternatives to police intervention.

It’s not as strange an idea as it sounds. Several community organizations have already created guides empowering communities to solve problems without contacting law enforcement.

The May Day Collective, which describes itself as “a group of local organizers from different communities, projects, and political tendencies,” has developed a guide identifying “strong communities” as a replacement for police intervention.

Their guidelines encourage community members, before contacting law enforcement, to:

1) Analyze the actual threat in a given situation. If someone is committing a minor public nuisance like urinating, for example, does that pose a serious physical, emotional, or mental threat to you or someone else?

2) Recognize and call out biases. Is your impulse to call the police based on the situation, or is it something based on the person’s identity?

3) Seek out other available resources — like hotlines, community centers, etc. — that you can call instead during emergency situations.

The guidelines also call on neighbors to get to know each other prior to conflicts in an effort to increase direct communication, instead of using armed police as mediators.

Obviously, in some situations, calling police may still occur. But by understanding the often dire consequences of calling them in, we can be a lot more mindful about whether circumstances truly demand it.

Even better, we can develop the relationships and skills necessary to solve problems with one another, helping to build safe and accountable communities for everyone.

Gloria Oladipo is a student at Cornell University and a permanent resident of Chicago. She can be found writing and fighting @gaoladipo on Twitter. Distributed by OtherWords.org.