Our Fight For Freedom Is Far From Over 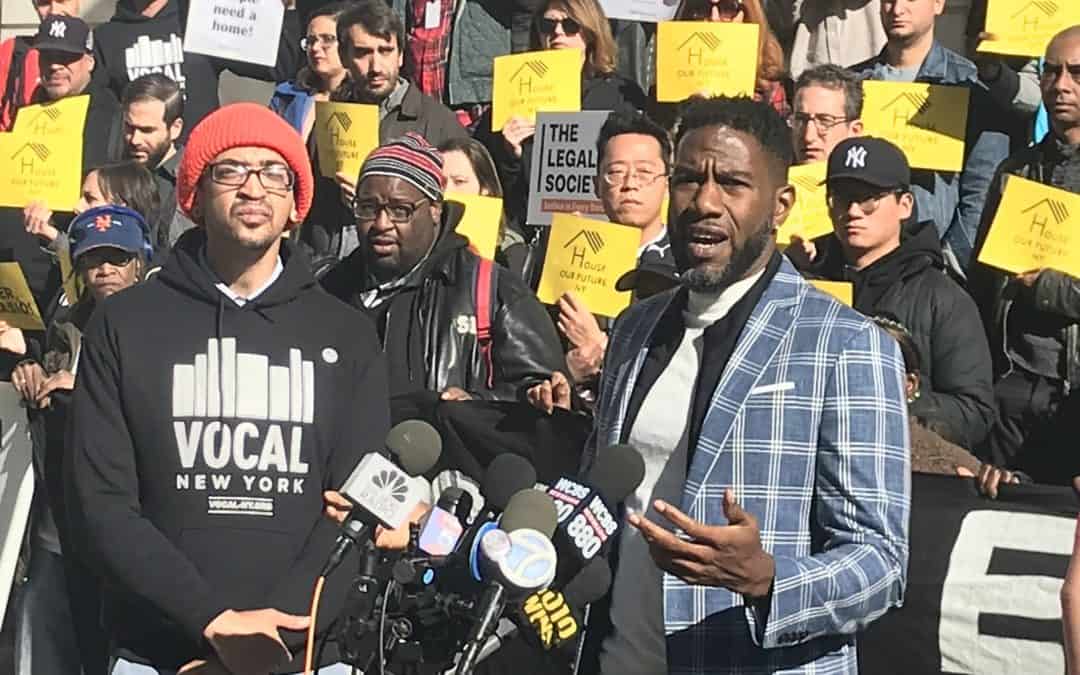 New York’s City Council has voted to allow the construction of four new jails as part of a plan to close Rikers Island, where thousands of New Yorkers are jailed. The vast majority are there without convictions because they can’t afford bail, or locked up when their real needs are housing, services and care.

For 20 years, VOCAL-NY has fought to end AIDS, the drug war, mass incarceration and homelessness. These issues trap marginalized communities in a never-ending cycle of poverty and oppression, and are issues that have been long ignored and stigmatized, even by many of our allies.

We were there from the beginning of the #CloseRikers campaign.  We joined with allies and other formerly incarcerated individuals to demand Mayor de Blasio commit to close "Torture Island," if he claimed himself to be a progressive. We were unsurprised when the Mayor balked, then called us unreasonable, and we were unfazed when his anger increased as the campaign escalated.

This was not new for us. We have blocked the doors of City Hall many times in our fight to end overdose and win safe consumption spaces. We have confronted the Mayor at his gym and his home in our growing campaign to end homelessness. 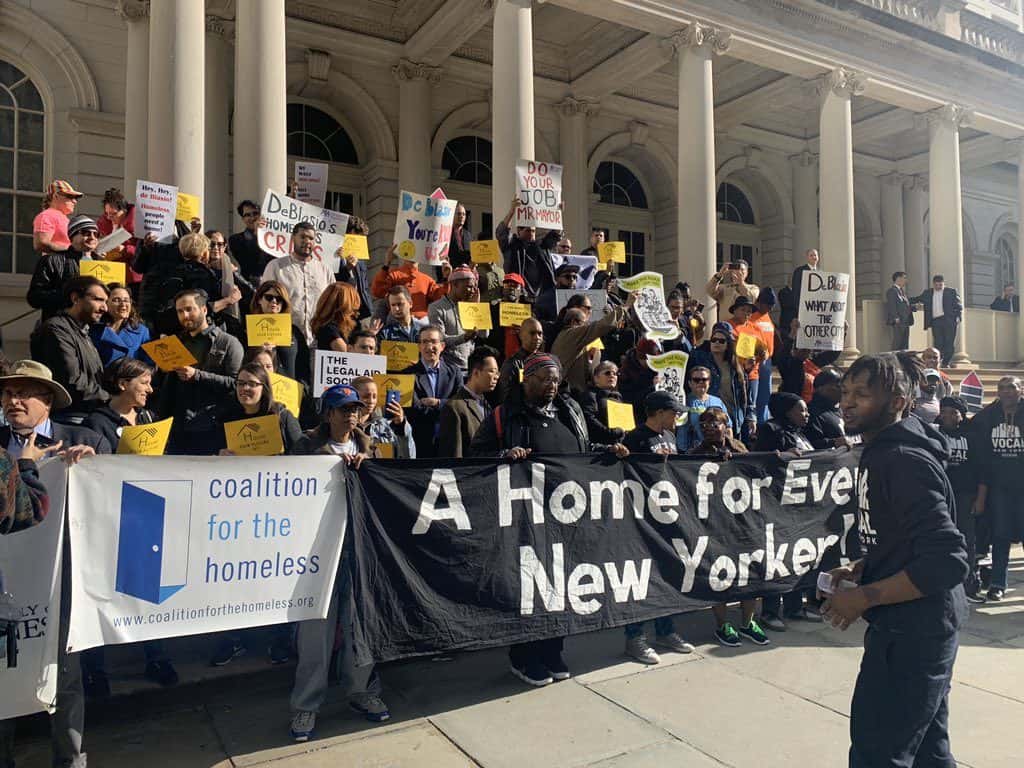 From the day this Mayor has taken office, we have come to his administration - as both allies and adversaries - with calls for investments and policy changes to set our city on a path free from our historic crises of homelessness and overdose, free of Rikers Island, and with a just, equitable and compassionate public health and social safety net infrastructure that will change the lives of our members and the future of our City. We also fought for and won bail reform at the state level, which was opposed by the Mayor, but has made jail reductions a clear reality.

The Mayor eventually conceded to this demand, and committed to closing Riker’s Island. His administration proposed decreasing the city’s overall jail population, but also to build four new towering jails at other locations in Brooklyn, Manhattan the Bronx and Queens.

De Blasio’s administration then urged supporters of the #CloseRikers campaign to support this plan. An activist Abolitionist movement emerged in response to this. We were called upon to choose between supporting either the building of new jails as a part of the plan to close Rikers, or a vision that does not address the deplorable conditions of the current borough-based jails. We could not do either.

We deeply respect and acknowledge the demands of this Abolitionist movement, while also holding the diverse demands and viewpoints of our members. Our members and leaders could not support the building of new jails, nor could they oppose investments to address the conditions within the borough facilities.

More importantly, we know that no matter the outcome, our fight to decarcerate our City is far from over. After fighting for years for housing, public health and social services, we will not now be told by the same Mayor who ignores our demands that our only choice is to toe the line or stand in the way of justice. 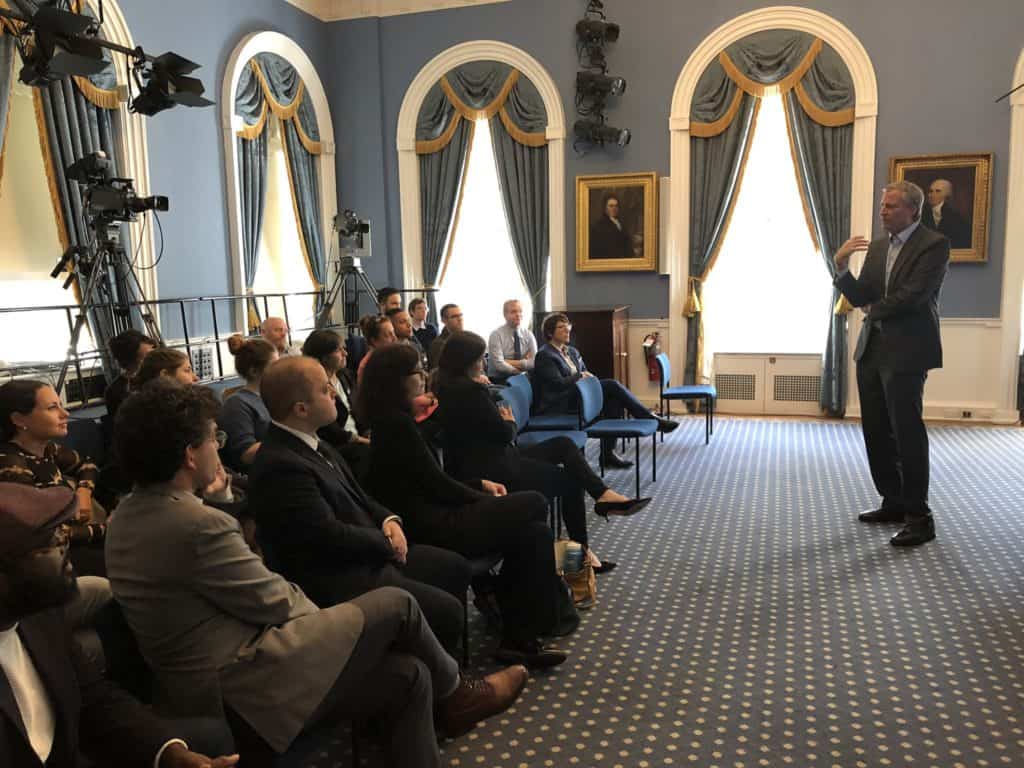 We understand and respect the position of our allies who support the plan that passed the City Council. We continue to believe that the majority of Council Members who support this plan do so in good faith, believing it is necessary to decrease our city's jail population and close Rikers Island.

In particular, we believe Council Members Levin and Ayala have fought for necessary investments for their communities. Yet there are others, like Council Member Koslowitz, whose support for closing Rikers is predicated on demands to bar homeless shelters from her community, illustrating that she would rather see the poor behind bars than in homes in her neighborhood.

The investments in the plan that are truly community-oriented are piecemeal and inadequate. We lay the blame for this at the feet of the Mayor, not the Council. 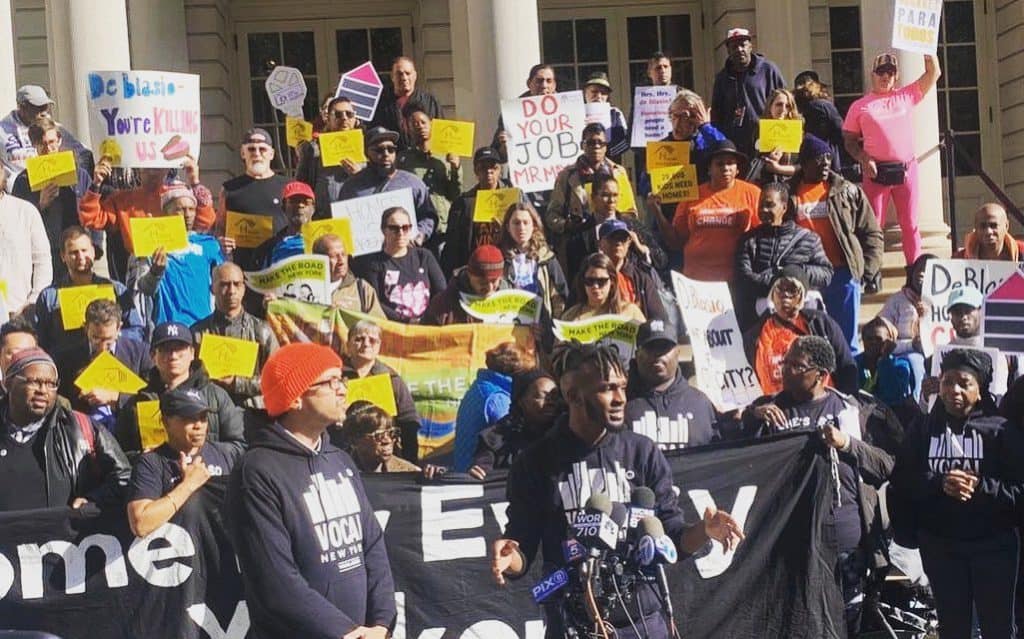 Thursday night’s vote was not the end of this fight. On Friday morning, we stood on the steps of City Hall, as we have done so many times before, to demand Mayor de Blasio take action to end homelessness. We will do so again.

We will continue to demand a financial and political reorientation for our city. We demand a Caring & Compassionate New Deal that creates a housing, public health and social services workforce and infrastructure to tackle the intersecting issues of incarceration, homelessness, extreme poverty, substance use disorder and mental health issues.

Our fight for freedom is far from over.

Alyssa Aguilera and Jeremy Saunders are Co-Executive Directors of VOCAL-NY, part of the People's Action national network of grassroots groups.