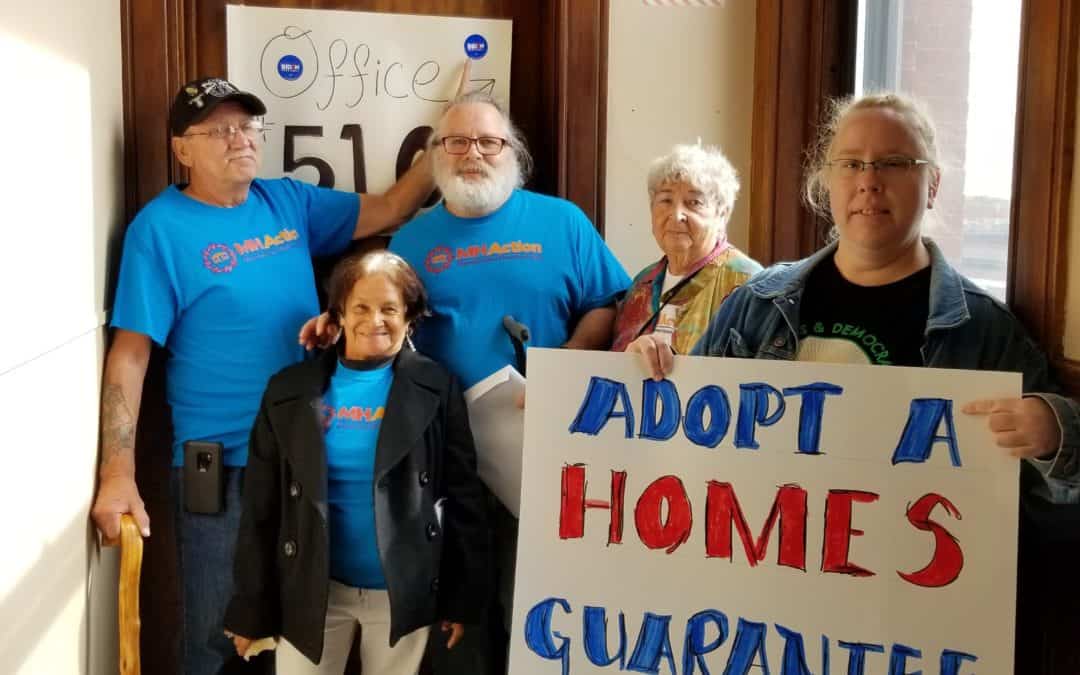 Spotlights hit New Hampshire every four years, when presidential candidates roll into town. For months, we trip over them everywhere - at diners, supermarkets, town halls, and on small-town street corners.

Every candidate is hoping we, as first-in-the-nation primary voters, will give them a rose and say they’re “the one” we want in the White House.

But once the candidates leave, Granite Staters still have to get up, make coffee, drive their trucks to work, then drive home to make dinner for their families. That is, if they have a home, or can afford one.

Like much of the nation, New Hampshire is in a housing crisis. Prices for homes are skyrocketing and too few new homes are being built, especially for those who need them most. Our rental vacancy rate is less than one percent, and 42 percent of renters pay more than 30 percent of their income on housing. 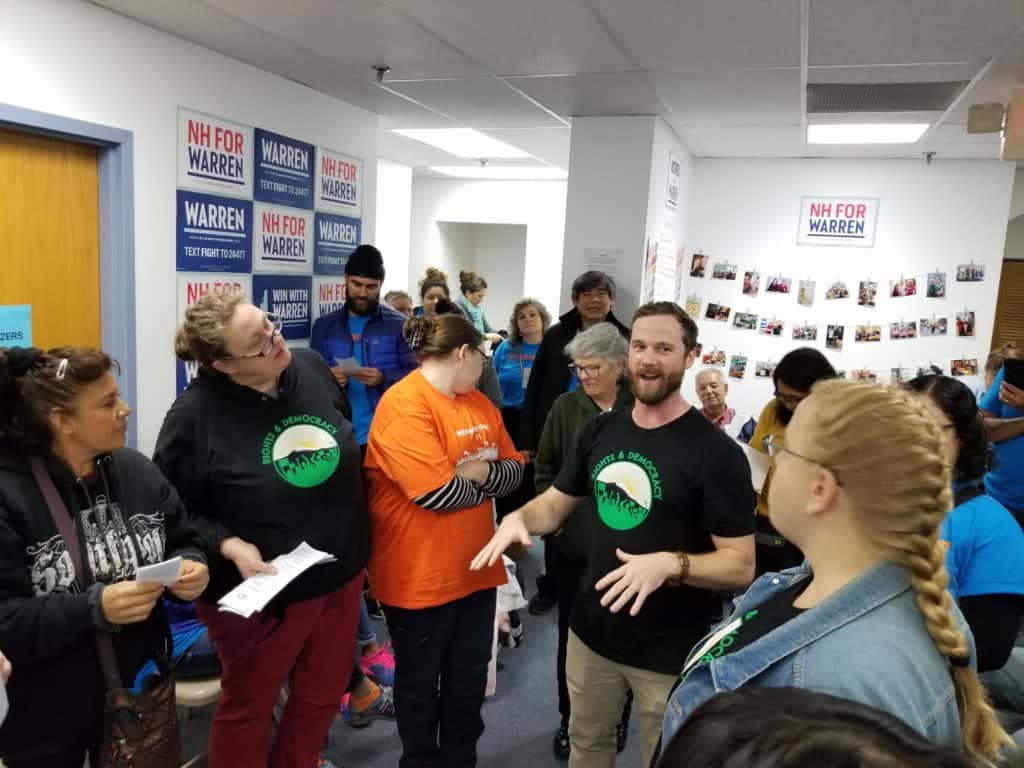 That’s why this past Sunday I joined members of Rights & Democracy, part of the People’s Action national network, and Manufactured Housing Action Votes (MHAction Votes!) to bring this vital issue to the attention of New Hampshire’s presidential hopefuls.

MHAction advocates for those who live in manufactured homes nationwide, and 45 members from the group’s women-led, multiracial leadership in 11 states joined us in this day of action. 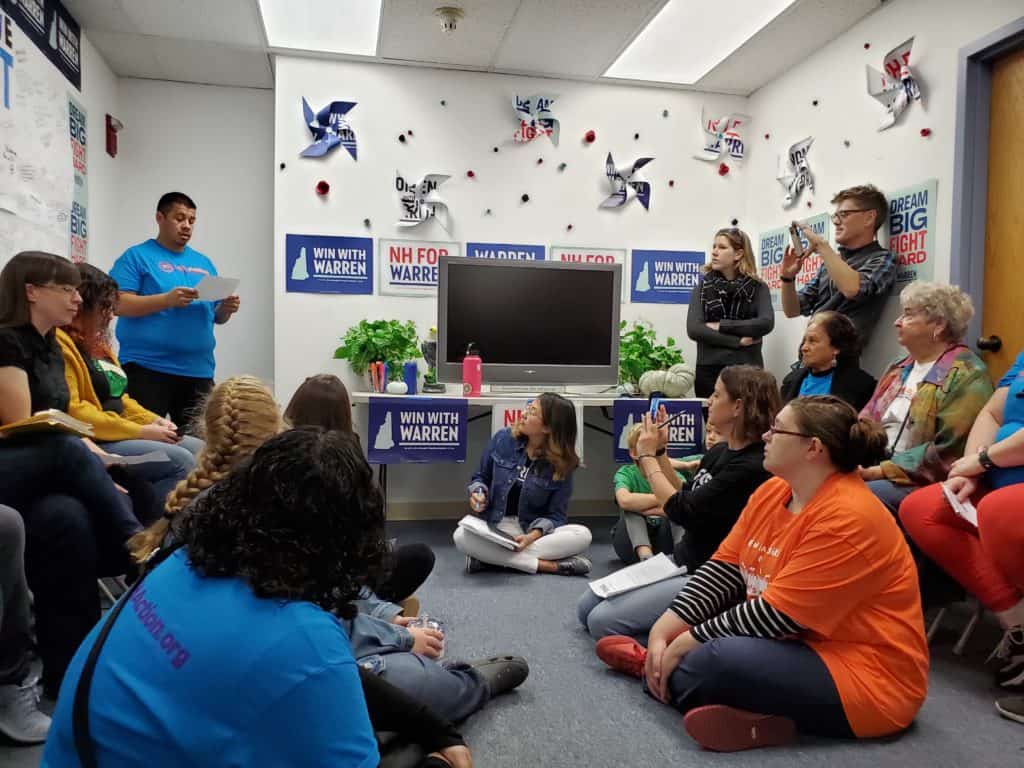 We started at the Nashua campaign office of Elizabeth Warren, the Senator from our neighboring state of Massachusetts. We met with two members of Sen. Warren’s staff, Jocelyn Mata and Kate Moore, and after they listened to our stories we asked them to urge Sen. Warren to take further action to end the predatory practices of private equity firms and funds that feed off of our nation’s housing crisis.

“In one year, they raised our rent and fees 40 percent - and it's legal!” said Holly Hook, a member of MHAction who lives in a manufactured home community in Michigan owned by Utah-based Havenpark Capital. Rosa Pizano and Juan Nevarez, two Latinx MHAction leaders from California, and Jubilee McGill from RAD, also shared their stories with Warren's staff.

Havenpark bought Holly’s home earlier this year, and has bought up more than 25 communities like hers across the country, raising rents each time. They often pay for these buyouts with cheap money they’ve gotten through Fannie Mae, our federal government’s loan company. Fannie Mae is a GSE, or government-sponsored enterprise loan program. Their job should be to make home ownership easier and more affordable - not to line the pockets of investors.

“As investors prey on low-income residents, a last oasis of affordable housing is vanishing,” Holly told them. “That's why we are fighting back.” 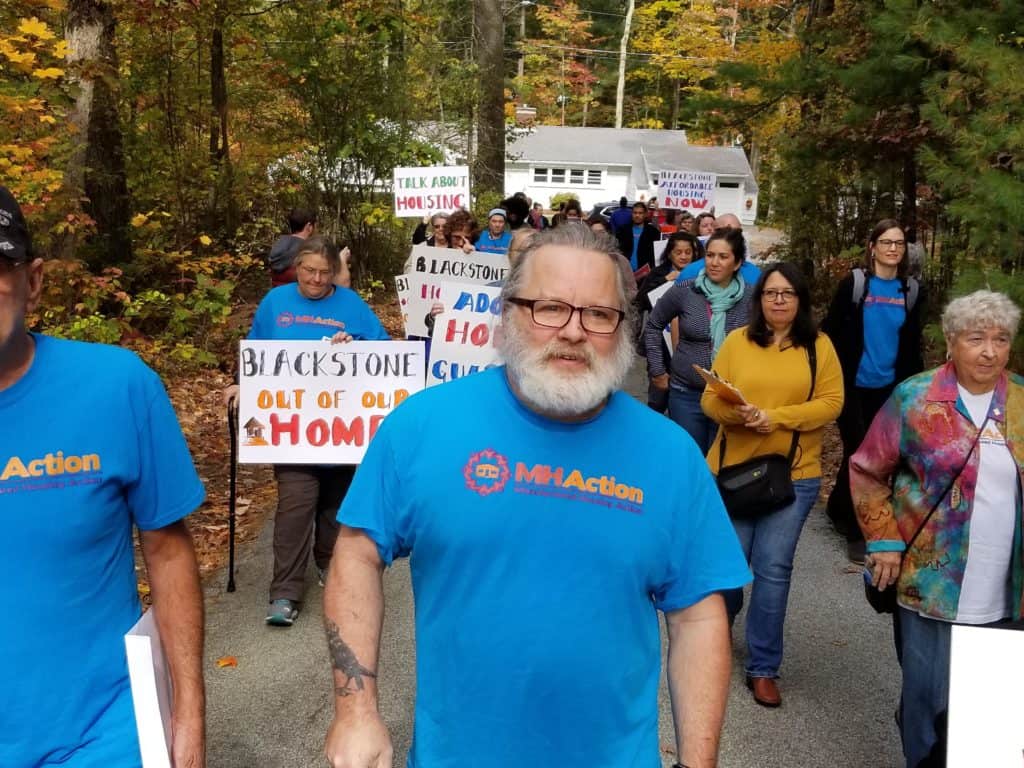 Our next stop was at the home of former U.S. Senator Kelly Ayotte (R-NH). While ‘serving’ in the Senate, Ayotte co-sponsored the ‘Preserving Access to Manufactured Housing Act of 2015,’ which made it easier for predatory private equity firms to buy manufactured housing communities, and squeeze profits out of elderly and vulnerable people.

Now that Ayotte is out of office, she’s cashing in: She’s joined the boards of many corporations that profited from her actions in the Senate, including News Corp., Boston Properties, BAE Systems and the Blackstone Group.

Blackstone, the world's largest private-equity fund, has also been cashing in on our housing crisis - buying up manufactured communities and rental properties across the country, with help from Ayotte’s legislation.  Blackstone owns the largest single-family rental operation in the U.S. through its Invitation Homes unit.

Blackstone is known for inflating rents and aggressive evictions. Their large size and concentration in a few metro areas has made the firm a dominant player in the rental market, where "it is having devastating consequences for tenants," according to a letter sent by the United Nations to the fund. 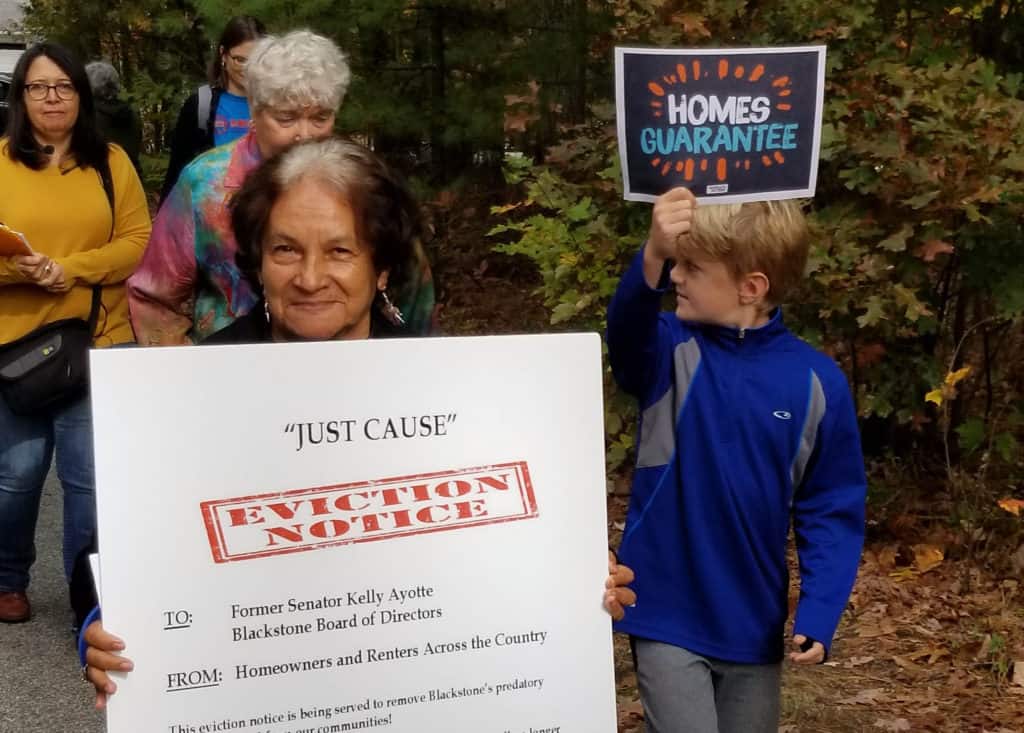 So we showed up at Ayotte’s door with a “Just Cause” eviction notice, asking that she join our call to “support the creation of resident-cooperative and non-profit ownership of manufactured housing communities by expanding access to government-sponsored-enterprise loan program.”

“As a disabled American veteran, I find my home and lifestyle are in jeopardy because of the way Blackstone and other corporations are coming in, buying our communities and raising rents,” said Richard Robinson, who lives in a manufactured home community owned by Equity LifeStyle Properties in Utah.

For our last stop of the day, we dropped by former Vice President Joe Biden’s campaign headquarters. There we were met by a young Biden staffer who was very nice, but who declined to speak with us until he could get permission from campaign supervisors. 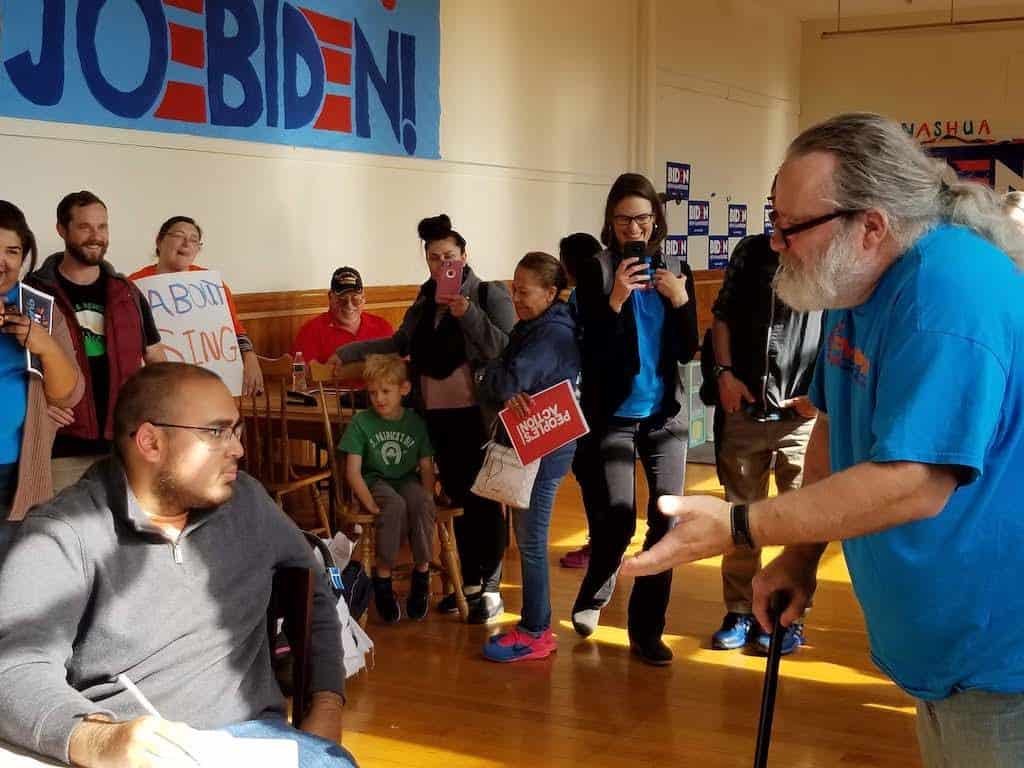 We patiently waited while he tried to reach his supervisor, who then had to reach his supervisor. Once he got the all-clear, we shared our stories and I gently asked the staffer to remind Vice President Biden that if he wants to be credible to voters like us, he should consider returning the more than $1 million he’s received from private equity firms, including Blackstone, so far in this election cycle.

It’s our hope that when candidates come to New Hampshire, they will not just show up and ask for our votes - they’ll come to listen to our struggles, too. And if they reach elected office, that they’ll then include us when the time comes for solutions that will actually work to end our housing crisis - like a Homes Guarantee for All.

Because that’s what we really want from our leaders in Washington: People who will listen, respond to, and then advocate for us in the halls of power. That’s what elected officials are supposed to do, right?

So candidates, come to New Hampshire and get your rose! But come and listen, and get ready to roll up your sleeves with us, too.