Pennsylvania Is Ready For A Just, Clean-Energy Future 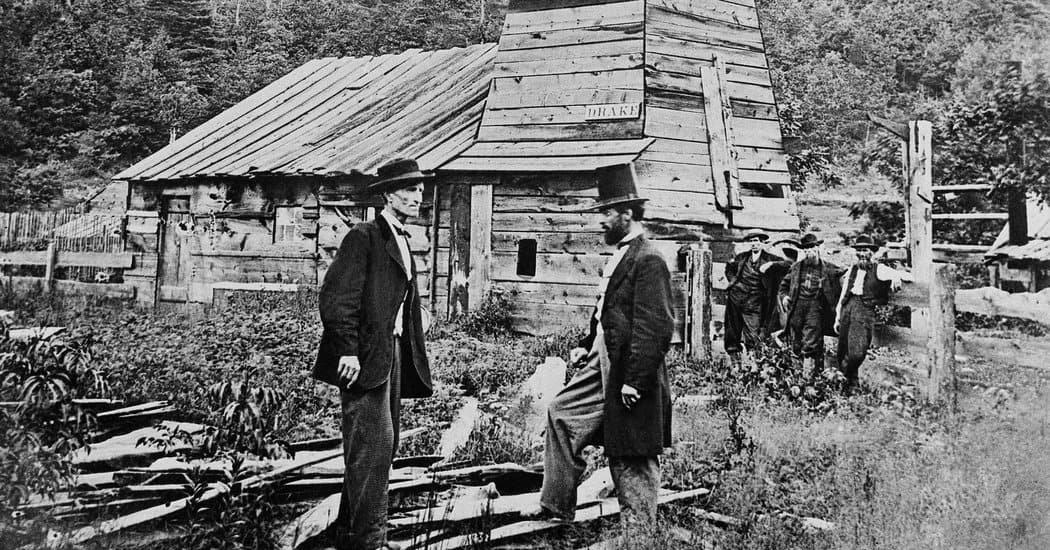 Pennsylvania is ready for a just, clean-energy future. Ever since 1859, when Edwin Drake ushered in the modern era’s addiction to fossil fuels when he struck “rock oil” in Titusville, our state has been at the front lines of the extraction industry’s booms and busts. We are way past ready for a Just Transition to renewable sources of energy and a sustainable future for us all.

For a century and a half, we’ve watched corporations pull poisons from the ground, then leave the health and safety of our communities in ruins as they move on with all the riches. From poisoned rural waterways to the nearly catastrophic explosion at a South Philadelphia oil refinery earlier this year, no part of the state has been left unscathed. But even after a century and a half, the extraction industry still thinks the people of Pennsylvania can be fooled by its false narrative. We won’t.

Rose Tennent, a longtime conservative pundit and surrogate for the Trump campaign, now leads this unholy choir in Pennsylvania. She recently penned an op-ed decrying Senator Elizabeth Warren’s proposal to ban fracking entirely under her presidency.

Presumptuously claiming to speak for all Pennsylvanians, Tennent argues Warren’s proposal will kill the “desirable” jobs that have accumulated in the state as a result of the fracking industry, which she irresponsibly calls “responsible.”

Let’s talk jobs first - because the statistical data Tennent relies on is grossly inaccurate. She overstates the positive impact the fracking industry has had on communities.

Speaker Mike Turzai, Tennent’s extraction-loving wing man in the Pennsylvania House of Representatives, doesn’t even bother to remove industry emblems from the handouts he uses to promote fracking. Like Tennent, he touts the  number of jobs he says fracking has created in the state. But we need to look beyond this headline to get to the truth.

If you add up all of the jobs along the supply chain of any industry, you can get a big number. But when it comes to fracking, most of these are jobs not “high-paying” or “high-demand” occupational opportunities as its boosters claim. And just as with crude oil, these jobs rely on access to an inherently finite resource: natural gas. And when this resource inevitably dries up, so do the jobs. Entire communities are left with the dirty fallout from this industry and economic prosperity vanishes.

Tennent relentlessly asserts the environmental impact of fracking is negligible, concern over earthquakes caused by fracking is false, and that extraction industries and investors are loyal stewards of our environmental resources, and thus responsible stakeholders in this discussion.

Tennent denies that earthquakes are happening as a result of the improper containment of waste-water from fracking, but the Seismological Society of America released a report in April 2019 that stated that earthquakes caused by fracking were happening in Ohio, West Virginia, Oklahoma, Texas, and yes, Pennsylvania.

With fracker-friend-in-chief Turzai leading this discussion in Pennsylvania’s legislature, the public has a right to be concerned about the serious nature of this situation and whether or not it will get worse.

Fracking practices have poisoned people and made their water unusable. We have all seen the evidence to prove that it happens, despite the fracking industry’s desperate efforts to conceal the ingredients in waste-water and downplay the truth.

In 2016, Scientific American wrote about former EPA scientist Dominic DiGiulio, who researched the environmental impact of fracking at length, only to find that the Obama administration left the tail-end of this research up to states, where unmotivated regulators often failed to disseminate the information to the public.

Despite the difficulty of effectively testing these complex chemicals that the industry refuses to disclose to the public they love so much, DiGiulio found methanol. “The simplest alcohol, it can trigger permanent nerve damage and blindness in humans when consumed in sufficient quantities.”

Still Feeling Worth It?

Pennsylvania is the birthplace of the extraction industry, but Tennent fails to recognize that this legacy comes with the scars, pain and damage from over a century of environmental and human destruction. Even if Tennent forgets, Pennsylvanians remember.

And like most of the planet, Pennsylvanians are urgently seeking bold actions to address the global climate catastrophe. In every corner of the state, people overwhelmingly support the planks of the Green New Deal.

So, let’s review: the jobs are few, and not that great. The impacts are widespread and devastating. And Warren’s proposal is enormously popular, especially among Pennsylvanians who Rose doesn't seem to know very well.

Pennsylvania has heard all of the lies before, and seen the results. We are ready for a better future. That means wholesale investment in clean, renewable sources of energy, democratizing and localizing the energy sector, centering the leadership of people on the front line, particularly communities of color, and ensuring workers currently in the energy sector can find safe, good paying jobs in the economy of tomorrow.