Boise Rejects White Nationalism. Do You? 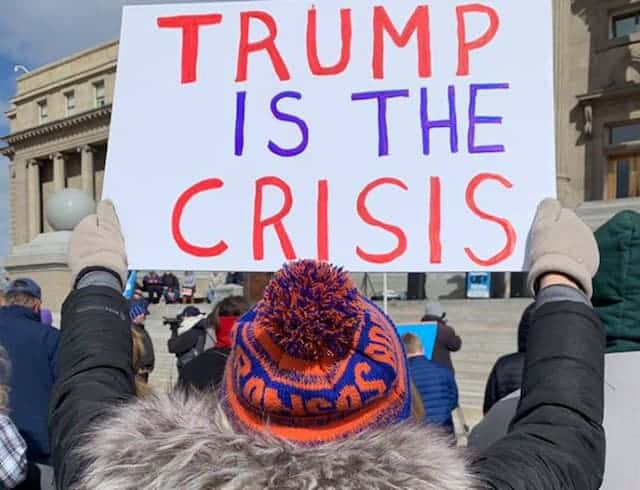 People’s Action is making waves: We’re turning back the tide of hate. In Boise, my hometown, United Vision for Idaho worked hard to unanimously pass a city ordinance denouncing white supremacy and White Nationalism, and in Des Moines, we just held candidates to account at the first Iowa People’s Presidential Forum. We’re taking back democracy, state by state.

The reason is simple: The very promise of a pluralistic democracy in America is at risk. From the Oval Office and the president’s inner circle and court appointees to Idaho’s state Legislature and even our Lieutenant Governor's office, White Nationalism has its hands on the levers of power.

White supremacy is growing in political power and influence. Reactionary groups across the country have capitalized on a void left by the lack of philanthropic investment in rural communities and small towns. In Idaho, this came to the fore after 2008, when the stock-market crash led to massive divestment from the state.

Idaho’s second punch in the gut came when the state lost a seat in the U.S. House of Representatives to a GOP Tea Party candidate, Raul Labrador. To many dark-money funders, Labrador's victory put the state in play., they then concentrated their efforts in urban centers like Boise to deepen their influence on representatives sympathetic to their far-right agenda.

After 9/11, the alt-right experienced a dramatic resurgence and increased their organizing efforts across the Pacific Northwest. Far-right groups stepped up their efforts to fill the void in rural states left open by progressives and Democrats. With a laser focus on state legislatures, they began a strategic campaign to target the most marginalized communities, shred the social safety net and consolidate unprecedented power over state governments.

This writing has been on the wall now for over a decade, as rural states have become a testing ground for the policies promoted by ALEC and other far-right groups, who work to normalize and implement extremist views through the courts.

In Idaho and other western states, the pace at which civil rights, social, economic and environmental justice policies have been steadily eroded and dismantled is in plain view. These trends have created both a moral and political crisis in and create an existential threat to our democracy.

Hate groups across Idaho have doubled since 2016, infiltrating rural areas including Central, and Eastern Idaho.[1] As rural communities have increasingly become havens for White Nationalist and white supremacist groups, the Internet has allowed these groups to communicate and coordinate in an unprecedented way. The links between the murders at the Tree of Life synagogue in Pittsburgh, Charlottesville, El Paso, and other White Nationalist attacks around the world can be easily traced.

White Nationalist groups exploit human struggle that stems from economic decline, then use cultural resentment, and racism to build a governing strategy that has now unleashed a form of racial exclusion that is mainstreaming a worldview of ethnic cleansing.

Using the “politics of resentment” arising from the interaction of social identities, economic insecurity and emotions of resentment leads people to understand their conditions as the fault of a “less deserving” social group rather than attributing them to the broader social, economic and political forces at work for generations. [2] These dynamics are deeply racialized and distract from their racist agenda as they pit us against each other.

White Nationalists have been emboldened by their role in helping to elect a president and embed prominent supporters of racism in the highest levels of government. The “alt-right” have found their charismatic leader in Trump.

Trump uses the bully pulpit of his presidency to exploit the pain of poor and working-class rural folks, blaming people of color, immigrants, and foreign nations when the fact is corporate interests have largely created these conditions. While his abuses of power are many, this is by far the worst.

His administration incites hatred and violence, hoping to consolidate rural America into a bloc that is nothing more than Red, rural, and racist. That’s the strategy they’re counting on to win reelection, and they’ve largely persuaded mainstream media that rural America is Trump’s immoveable base.

But the real rural America is far more diverse and tolerant that the mainstream media would lead you to believe. We are good neighbors. We are not a monolith, and it is incumbent upon each of us to move our country beyond hatred, beyond “us” versus “them.”

The good news is that our government is still of the people, for the people and by the people, despite all of the far right's efforts to undermine it. And when people organize, we have the power to revision and remake our government. That's what People's Action, and United Vision for Idaho, are doing.

With this victory, Boise is now the third city in the Pacific Northwest to pass a city ordinance denouncing White Nationalism and white supremacy. United Vision for Idaho is proud to have played a role in making this happen.

This is a first, but important, step in citizens realizing they have the power to stand up to the White Nationalists who occupy the highest seats in our government. When we stand together, we can stand up to the groups across this country that seek to expand their ideology of hate to divide us to gain unprecedented power. Not this time ,and Never Again. Together we can win, and we will.

[2] Cramer, Katherine J. The Politics of Resentment: Rural Consciousness in Wisconsin and the Rise of Scott Walker. Chicago: TheUniversity of Chicago Press, 2016. Print.