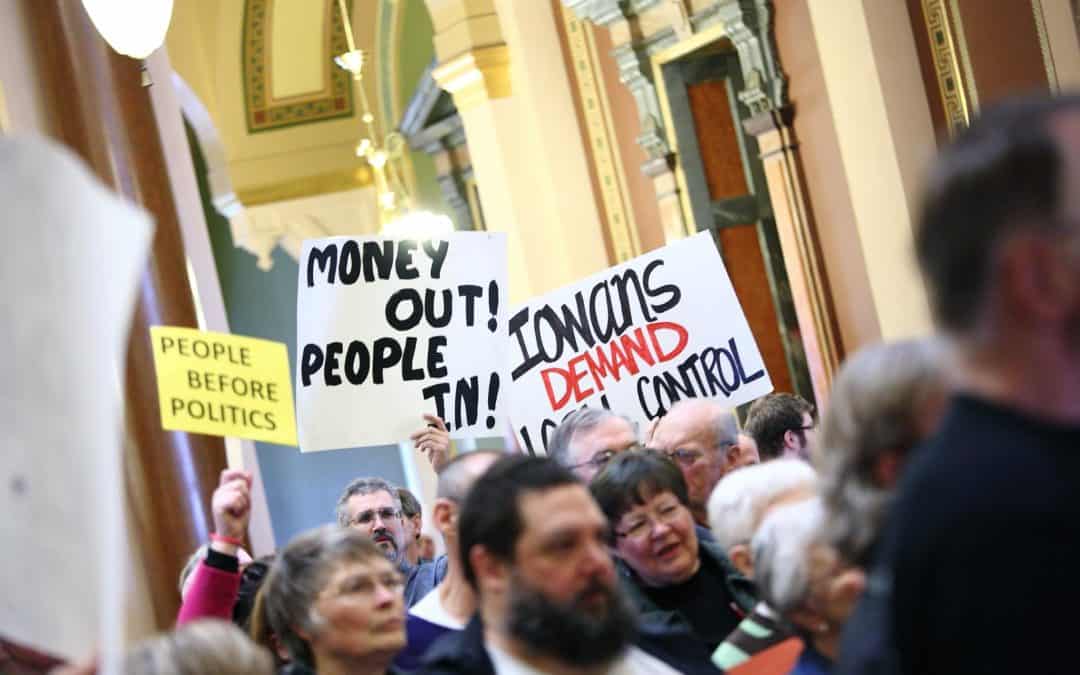 It’s time. After months of preparation, the Iowa People’s Presidential Forum will be this Saturday, September, 21, at noon in Des Moines. At Iowa CCI Action, we’re ready - our buses from all across the state are booked, and our questions are prepped.

Bernie Sanders, Elizabeth Warren, Julián Castro, and Pete Buttegieg  will all be there. Will you?

Why, you might ask, do we need a People’s Forum? Haven’t we seen all of these candidates on the nightly news and heard their stump speeches already?

Our forum's difference is people. Real people, real Iowans, and folks from across the Midwest asking real questions. These are our members, who will draw on their lived experiences to ask the hard questions every presidential hopeful must answer if we are to find out if any one of them is up to the task. 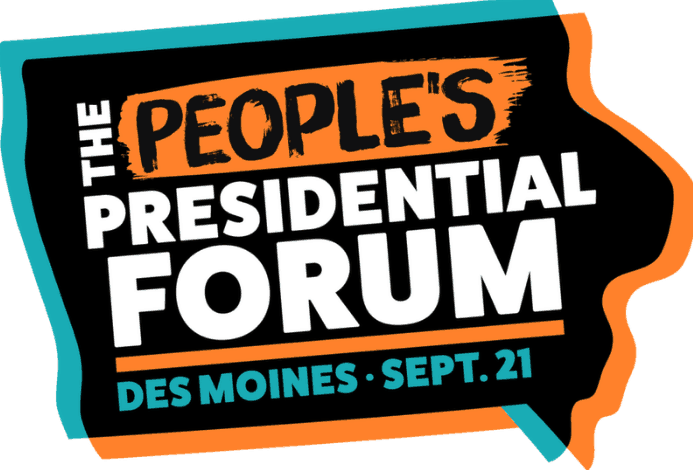 Because right now, as a nation, nothing less than a true people’s champion will do. We’ve been through way too much to settle for less. It’s time for a fundamental change, and fundamental solutions to the problems we face right now in housing, healthcare, jobs, racial justice, farming and the environment.

CCI Action’s members are people like Barb Kalbach. Barb is a fourth-generation family farmer and registered nurse, so she’s watched with her own eyes as rural America has become a healthcare desert.

Hospitals in Iowa are closing left and right. Barb knows firsthand why we need Medicare for All, and she’s going to be asking candidates how they plan to make it a reality.

It’s also Chris Simmons of Iowa Student Action. Chris grew up in Newton, once the “washing machine capital of the world” until Maytag closed shop and moved all production to Mexico, where they could pay poverty wages. That left all of Newton’s workers – including Chris’s dad – high and dry, and their kids without education. So Chris will ask candidates how they can deliver College for All, as well as meaningful jobs in a sustainable, green economy.

And that’s just the tip of the iceberg. From family farms to immigration, worker’s rights to our housing crisis, at the Iowa People’s Presidential Forum it will be real people like Barb and Chris who ask the questions and hold candidates to account.  And we’ll be joined by members of other People’s Action groups from across the country, too.

This, simply, is what People Power looks like. That’s our difference. That’s something a lot of people talk about, but at Iowa CCI Action and People’s Action, we live it every day. With more than five thousand members in all of Iowa’s 99 counties, CCI is the largest progressive organization in our state. And we make our voices heard. Loud, clear, and in the streets, when necessary.

Most Americans agree it’s time for a change in the White House. At People's Action, we also know that big social change - on a scale that can take on our unprecedented problems - has to come from the ground up, not the top down. It’s up to us to make that happen: 24/7, 365 days a year.

Trump and his corporate allies have almost unlimited wealth and influence at their disposal. But at CCI Action and People’s Action, we have something that makes them tremble: real people who create real power for change. People Power.

At Iowa CCI Action and People’s Action, People Power is a way of life: it’s how we get things done. Join us in Des Moines to be a part of it. More than two thousand of us will be there. It’s not too late to get your free ticket – or watch our livestream and share your comments with us from anywhere in the country or the world.

Want to see People Power in action? Join us for the People’s Presidential Forum this Saturday, September 21 from noon to 5 p.m. CST.

We are the change we’ve been waiting for. Let’s make it happen. Join us!

Hugh Espey has been an organizer for Iowa Citizens for Community Improvement (CCI), part of the People's Action national network of grassroots groups, since 1979, and is executive director of CCI Action. He is a life-long St. Louis Cardinals fan.