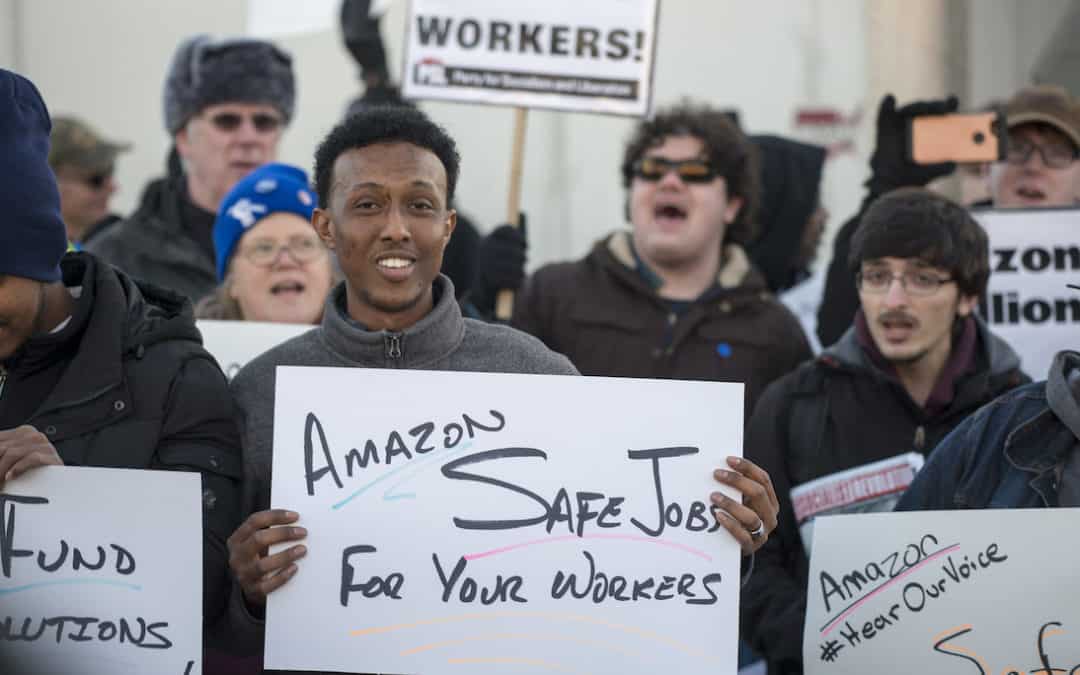 The Constitution guarantees “freedom of speech,” the right to “peaceably assemble,” and the right to petition for “a redress of grievances.” Yet these civil rights are commonly denied to workers.

Sure, we can say what we want, but we pay a high price to speak — often losing our jobs, health care, and benefits for our families. But we pay an even higher price for not speaking.

In 2016, Kyaw Kyaw, 50, died on the job at Nishikawa Cooper, a manufacturer of auto parts in Fort Wayne, Indiana, leaving a grieving wife and family.

More than 100 of his coworkers — refugees and freedom fighters who fled Myanmar’s oppression — subsequently petitioned corporate headquarters over issues of discrimination, health, and safety.

Saw Eh Dah circulated the petition — and was then fired.

In 2018, Shacarra Hogue, a 23 year-old college student, was gruesomely crushed to death in a massive press on her fourth day on the job at Fort Wayne Plastics. Equipment manufacture safety restraints had been purposely removed.

Shacarra’s co-workers knew the job was dangerous but felt coerced to say nothing for fear of losing their jobs. Now many of her traumatized former coworkers commonly think, “If only I had said something.”

Deaths like these often go ignored unless family members and fellow workers fight back. Still, the best they often receive is a modest legal settlement — and a demand to sign a non-disclosure agreement to silence them.

This leaves other workers — and all of us — vulnerable.

Boeing workers in Renton, Washington were silenced when they tried to sound the alarm about the 737Max’s deadly safety problems. It took two crashes and 346 deaths before government and the media took an interest in the complaints of muzzled workers.

Now, according to Morningstar, the Boeing effect is “rippling through the U.S. economy, hurting the nation’s trade balance, and clouding the outlook for airlines, suppliers and their tens of thousands of workers.”

Back in Indiana, BAE, a link in the Boeing supply chain employing over 800 workers in Fort Wayne, is reducing overtime hours. The shop floor buzzes with talk of an impending lay-offs.

Boeing, its manufacturing supply chain, and the broader airline industry are subsidized by tax dollars. BAE, as well as Nishikawa and Fort Wayne Plastics, have been sometimes lavished with federal, state, or local government aid, too.

Incentives, abatements, loans, facilities, services, and training dollars are often granted to employers in the name of economic development by our elected officials. Multiple governmental entities essentially serve as covert co-employers, complicit in the silencing of workers.

For instance, elected officials could mandate that their contracted employers no longer compel employees to sign nondisclosure agreements. Officials could also do a better job at vetting aid recipients, denying subsidies to employers with histories of sexual harassment or safety violations.

Firing or punishing workers for responsibly speaking, petitioning, and assembling would be illegal, punishable, and subject to remediation. Workers, as material witnesses and taxpayers, could petition the government to “redress grievances” and inform public policy.

And of course, they would be free to start a union without retribution.

First Amendment rights for workers are not an entitlement but a responsibility. And all of our well-being depends on their being honored.

Tom Lewandowski is the director of the Workers’ Project, Inc., a not-for profit based in Fort Wayne, Indiana. This op-ed was supported by the Economic Hardship Reporting Project and distributed by OtherWords.org.