Trump's Reelection Strategy: Pit Us Against Each Other 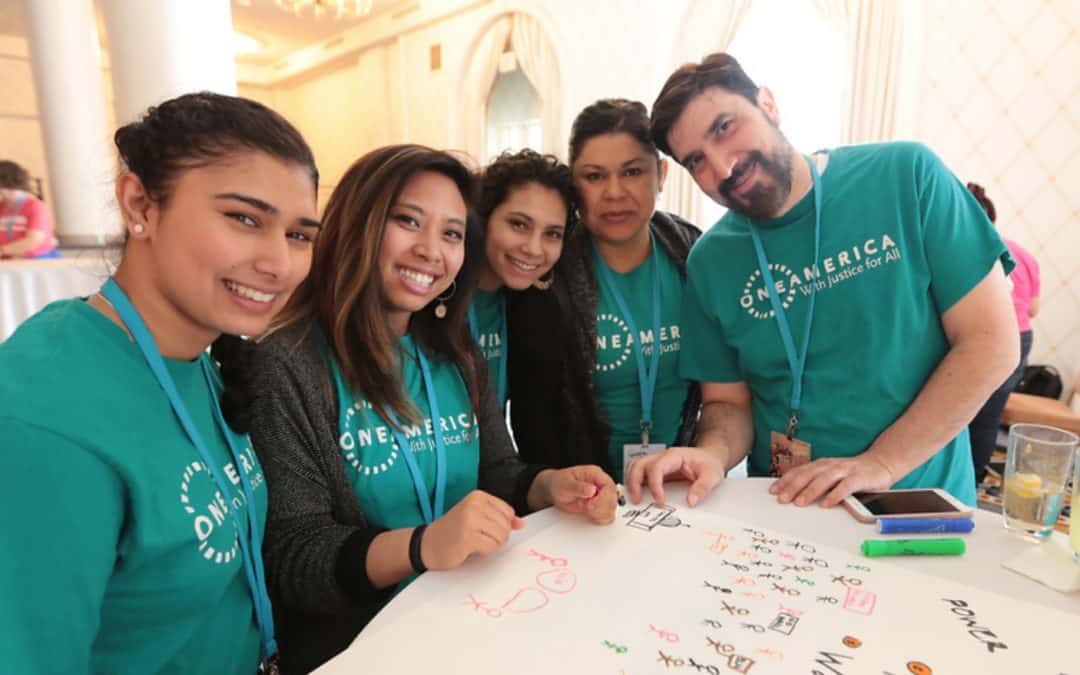 You would think after a white nationalist murdered 22 people and injured dozens more in El Paso, Donald Trump would lay off the hate, even just for a moment. Apparently he’s not capable. Or not willing.

Whether it’s immigration raids, cutbacks on legal immigration, or attacking women of color in Congress, Trump is doubling down on division. Clearly the Trump campaign is planning to stir up new levels of anti-immigrant sentiment as a path to re-election.

This strategy takes advantage of the fact that many Americans are experiencing economic decline. In large parts of the country, gone is the sense that our children will do better than we did. Instead, people are asking: “Who’s fighting for us?”

For the last 40 years, leading Democrats have failed to directly name who was responsible for that decline — big corporations hijacking our government, rigging the system, and creating the biggest gap between the rich and everyone else in American history.

That vacuum has left space for other side to blame immigration for the end of good jobs with solid benefits and health care. Sadly, that sets off a race to the bottom that benefits the most abusive corporations — and hurts the rest of us.

Ten years ago, as a community organizer, I had an experience that informs how I think about these issues.

Over 500 ICE agents had descended on a leather factory in New Bedford, Massachusetts, and detained 361 immigrant workers. When I arrived at Our Lady of Guadalupe Church, children were crying as they learned their parents had been taken — and were unlikely to return.

People in New Bedford responded with compassion, bringing food, clothing, and other supplies to the church. Others worked diligently to find information about the detained workers.

There was also a backlash.

“What about us?” asked conservative talk show host Evan Rousseau. He argued, “citizens and legal immigrants” want to know how they “legally can work 50 hours a week and still have trouble buying groceries for their family.”

That’s a fair question, too.

An economic system where people work 50 hours a week and can’t make ends meet is a big problem that we must address. Many saw the raid as progress, and assumed jobs would open up for native born workers.

At first, it did: 300 new workers were hired. But it wasn’t long before Alliant Tech Systems acquired the plant — and moved operations to Puerto Rico, where they could pay lower wages.

Ten years later, the factory still stood empty. The corporation won — and the community was left holding the bag.

This ruse of pitting us against each other is one corporate fat cats and their political hacks go back to time and time again. Trump is counting on it, too — even if that means emboldening white nationalists.

If we let it happen again, we’ll get taken to the cleaners by abusive insurance companies, big pharma, and tax-dodging CEOs.

Instead of taking the bait, we should come toward each other.

If we unite to take on the real cause of economic decline — a corporate class intent on becoming ridiculously rich at the expense of the rest of us — we have the power to create the change we so desperately need.

Then we can begin to bring back good jobs, expand affordable and quality health care, protect our air and water, and so much more.