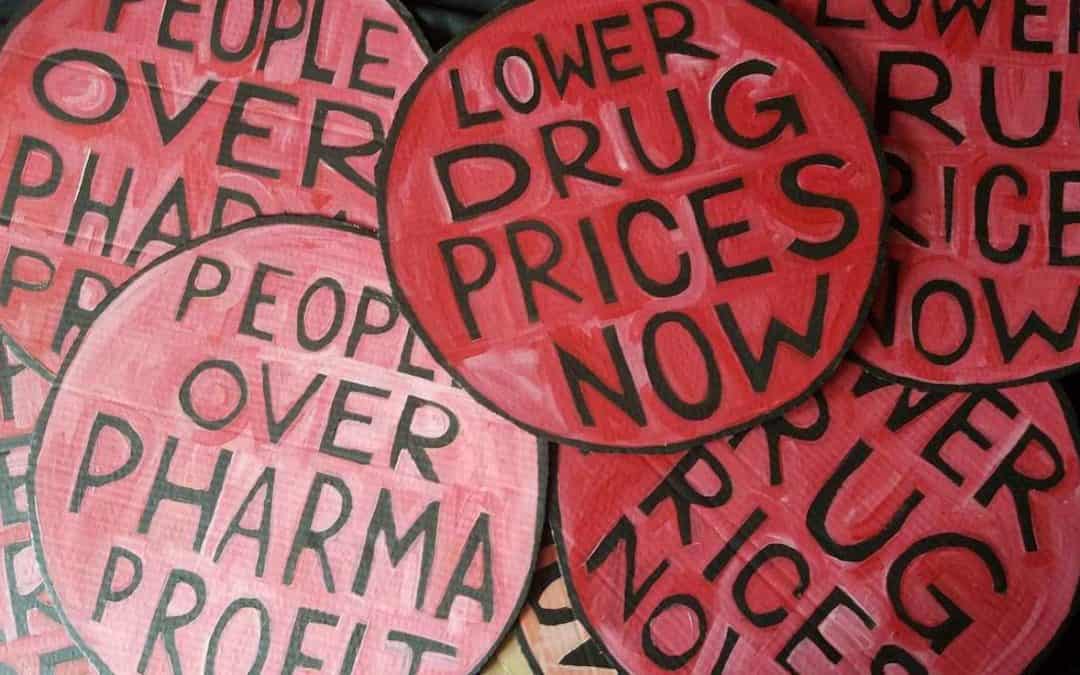 From Connecticut to Washington, New York and West Virginia, People's Action members rallied across the nation this Tuesday to demand that Congress and Trump put #PeopleOverPharma profits.

Twelve People’s Action member groups participated in the events, which were part of a national push made by the Lower Drug Prices Now campaign, which includes dozens of labor and activist partner groups, including the AFL-CIO, the AFSCME, the Alliance for Retired Americans, Health Care for America Now (HCAN), Moms Rising and Social Security Works. In total, there were 55 actions in 34 states.

This campaign advocates for lower drug prices through reforms that rein in drug corporations’ monopoly power, require the drug industry to negotiate fair prices with government; and to hold corporations accountable for price-gouging. 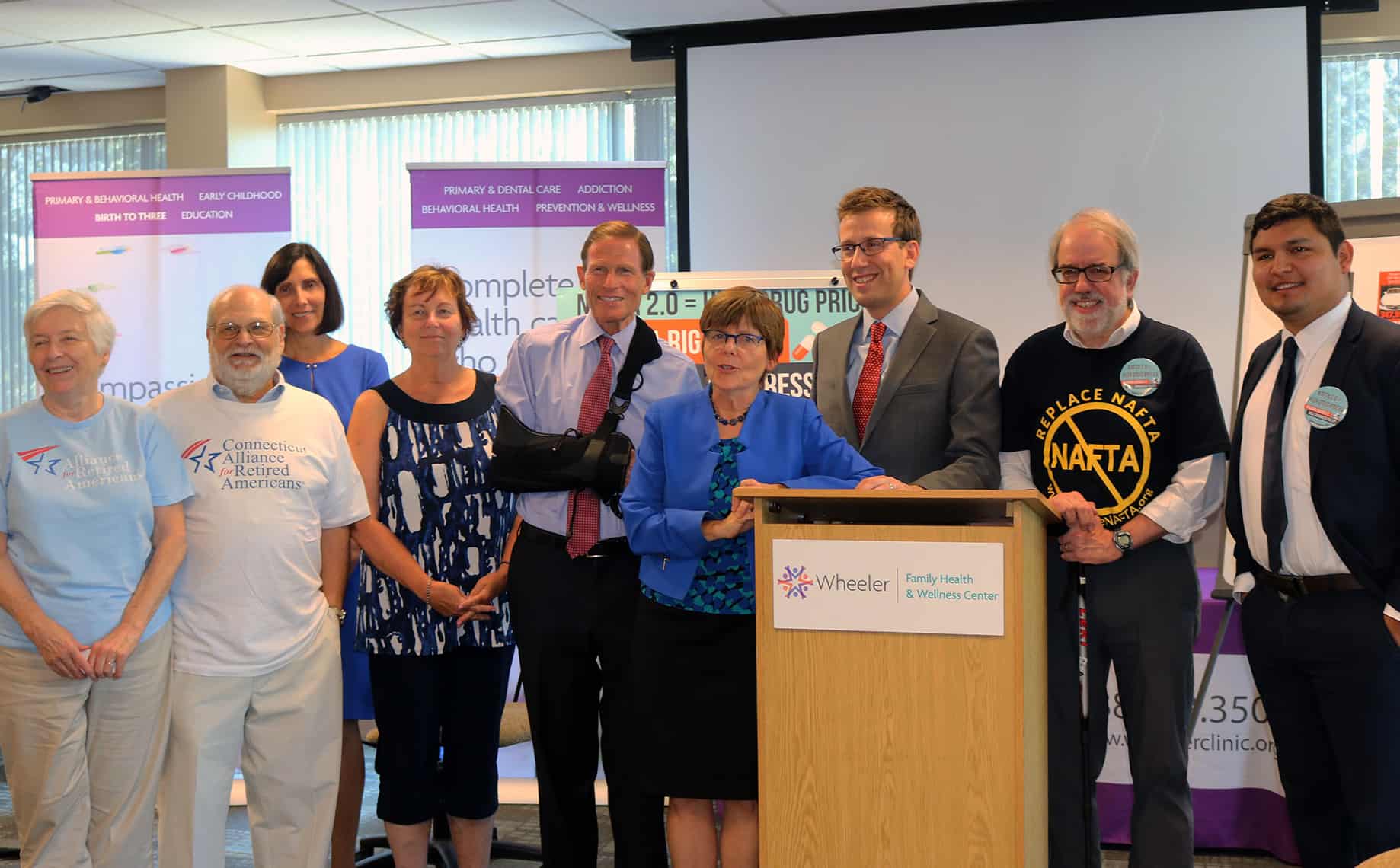 “They’re jacking up these prices, and they’re killing people. If you don’t take the medicines you need, you die,” said Steve Derby, a retired engineer from West Hartford, Connecticut. “And if you pay the price, you can’t afford to live.”

Derby and other members of the Connecticut Citizen Action Group were joined in Hartford by U.S. Senator Richard Blumenthal and Connecticut State Senator Matt Lesser, who shared his own story as a survivor of cancer. Blumenthal called for a “new Civil Rights Movement” to end profiteering by the pharmaceutical industry.

“The big drug companies are sucking money out of the system while we taxpayers pay the bills,” said Gretchen Vivier, who has to take five medicines daily to control her Parkinson’s Disease.  “So everybody's already paying for it.”

Vivier highlighted the negative impact the revised version of the North American Free Trade Agreement (NAFTA) will have on drug prices. The trade deal will allow big U.S. pharmaceutical companies to extend their patents for decades, preventing the release of lower-cost generics.

“People are manipulating the patent system and getting another 10 or 12 years,” Vivier said. “Basically, they'll make it impossible for Congress to pass shorter lengths of patent.”

The stranglehold big pharmaceutical companies hold over patents also dramatically harms those affected by Hepatitis C. A once-daily treatment, Harvoni, can cure the disease, but the drug’s maker, Gilead Sciences, charges over $1,000 per pill, or $94,500 for a full course. Many insurance plans refuse to cover the treatment. 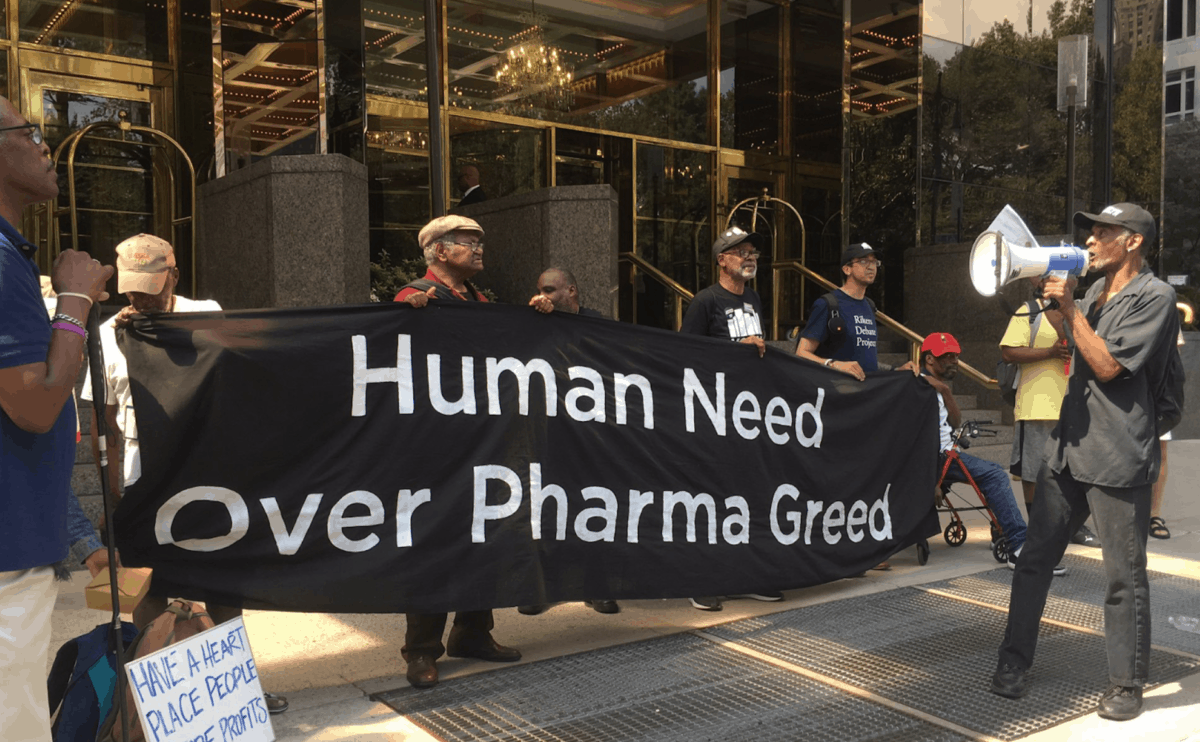 “That's going to exacerbate the spread of the disease: it’s like a death sentence,” said Bobby Tolbert, who rallied with other members of VOCAL-NY on the steps of the Trump International Hotel in Manhattan. “People fall through the cracks of the system, because they're not able to get that treatment.”

How do these member-led groups make change? Through direct action.

“We're using our voice to make positive change,” said Tolbert. “We need to go beyond lifting ourselves up by our bootstraps because some people aren't able to lift themselves up. We're out here for our community, and we're going to lift everybody up.”