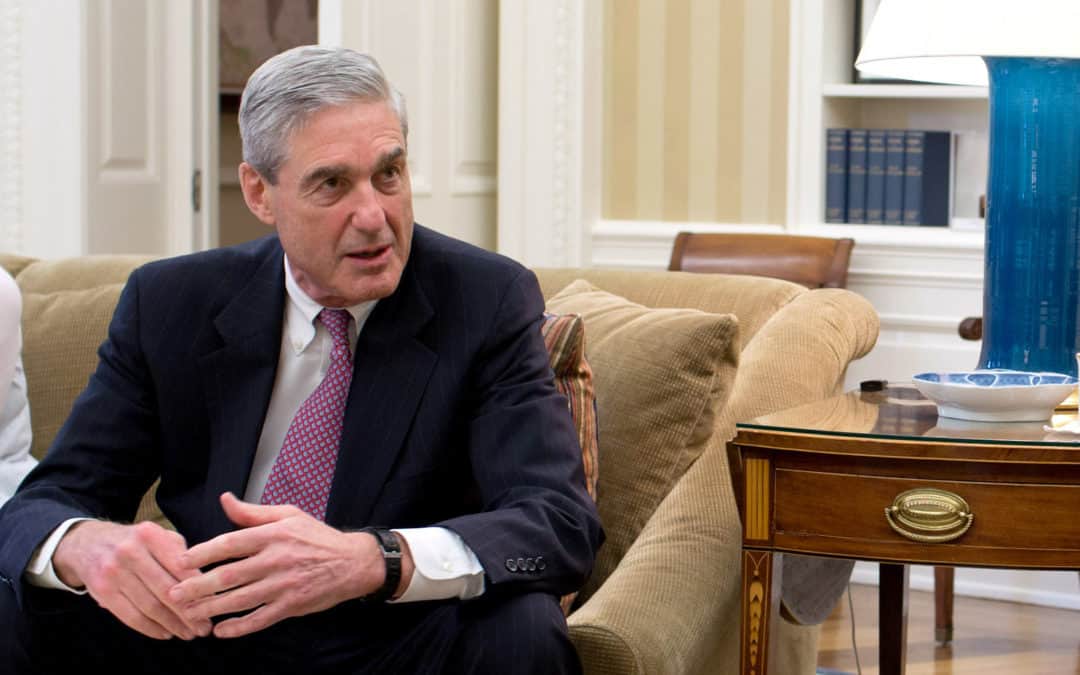 After the questions and answers are complete, then what?

Former special counsel Robert Mueller will testify before Congress in a pair of public hearings on Wednesday as he answers questions from lawmakers in both major parties who are eager to hear him say out loud—and hopefully with additional context and substantive insights—the key findings of the report he submitted earlier this year after a nearly two-year investigation into alleged 2016 election interference and possible obstruction of justice by President Donald Trump.

Mueller will testify before the House Judiciary Committee, chaired by Rep. Jerold Nadler (D-NJ), starting at 8:30 AM. Watch it live:

In a second hearing, scheduled to start at 12:00 PM, Mueller will appear before the House Intelligence Committee, chaired by Rep. Adam Schiff (D-Calif.), to answer additional questions. Watch it live:

Despite so much anticipation for Mueller's testimony and endless speculation about how much he will say—or the widely held expectation that he says very little—it should still be interesting viewing. As Brian Barrett wrote for Wired:

Robert Mueller has already told you everything he’s going to say. It’s all in his 448-page report, the culmination of years of work. It already outlines, with absolute clarity, manifold abuses of power, obstruction of justice, and unsavory relations with a hostile foreign power. It practically implores Congress to impeach Donald Trump. Here, see for yourself.

But Mueller’s testimony will still have value, even if all he does is read directly from the report. (Or especially if.) The vast majority of Americans haven't read it. Many in Congress haven't even read it. And the loudest voices to weigh in on it so far—Barr and Trump—have flagrantly misrepresented its conclusions. Most people will be hearing about what Mueller actually found for the first time on Wednesday—including some of the people asking the questions.

Speaking to reporters on Capitol Hill Tuesday night, Rep. Jamila Jayapal (D-Wash.), a member of House Judiciary, said, "It's hard to know exactly what's going to come out of this hearing, but I do think that probably the most important thing that we can expect that we will get is that Mueller will tell us what was in the report."

For informed progressives like journalist John Nichols who argue that what's contained in the Mueller report has already provided grounds for the initiation of impeachment proceedings against Trump, the biggest thing to watch for is not what Mueller says during the hearings, but what Democratic lawmakers do in the aftermath. 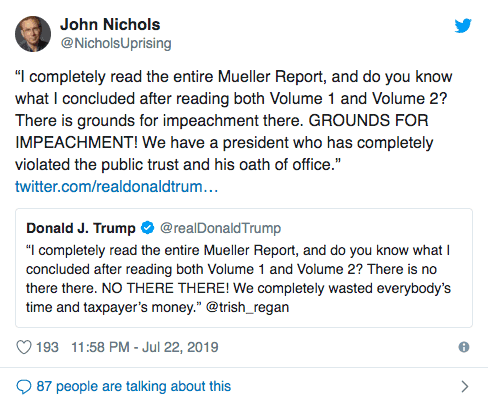 "Memo to Judiciary Committee Democrats," Nichols tweeted Tuesday night: "The #MuellerTestimony matters less than what is done after Mueller testifies. If Ds simply head off for the August recess without acting upon what they have heard, they will destroy any momentum for accountability."