NAFTA By Any Name Is Built For The Rich 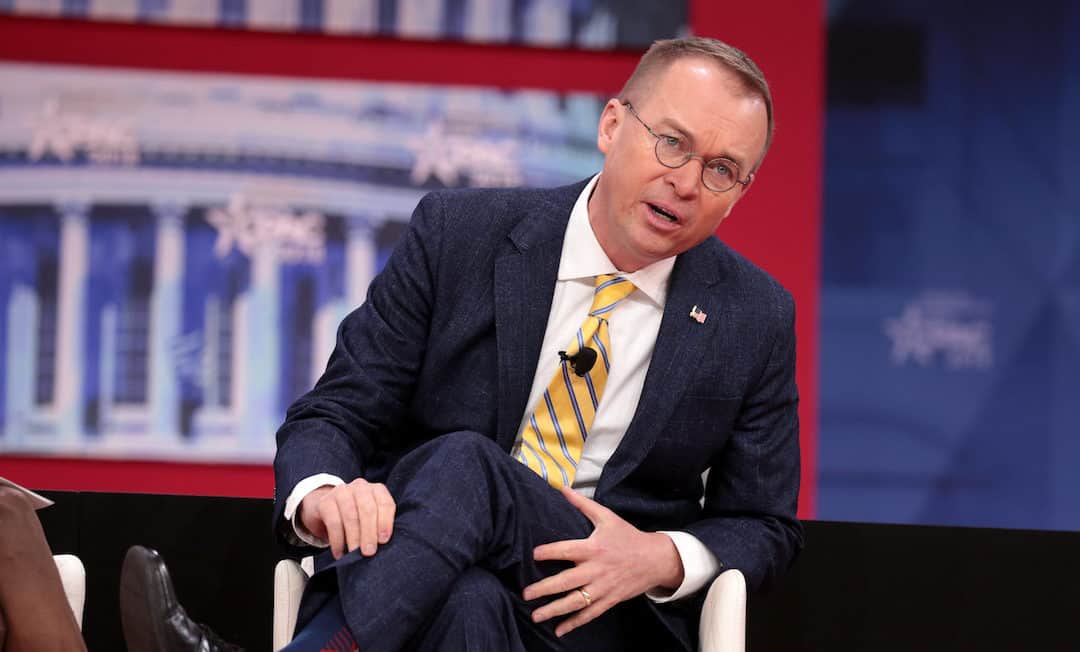 Mick Mulvaney, the millionaire who is President Trump’s acting chief of staff and director of the Office of Management and Budget, has now awarded himself another job: spokesman for labor.

Referring to the proposed new NAFTA, he told the Wall Street Journal, “We know that labor supports it.”

That, right there, is the problem with NAFTA, old and new. One percenters like Mulvaney, self-dealing corporate honchos and fancy-pants corporate lobbyists negotiated the deals. Those fat cats claimed they spoke for labor. But when they opened their mouths, only the word profit emerged.

They didn’t give a damn about jobs or wages or workers’ welfare. The ravages NAFTA inflicted on the non-rich prove that. The proposed new NAFTA is barely different. Mulvaney, though he tried to usurp labor’s voice, is far from labor’s mouthpiece. Labor speaks for itself. And it is railing against NAFTA, old and new.

The United Steelworkers (USW) union opposed NAFTA from the outset and even filed suit in an attempt to prevent it from taking effect. Like 1992 independent presidential candidate Ross Perot, the union knew NAFTA was a giant vacuum that would suck American and Canadian factories and jobs south of the Mexican border, where wages were, and remain, untenably low and environmental laws unenforced.

In the quarter century under NAFTA, more than 1 million American jobs were lost, U.S. wages stagnated and U.S. trade deficits with Mexico increased. That 1 million is a 2013 number and does not include untold thousands of U.S. jobs lost more recently at the likes of Carrier furnace, UTC electronics and Rexnord bearings factories, all in Indiana, and General Motors’ Lordstown assembly plant in Ohio. Rexnord told its 350 Indianapolis workers they could keep their jobs if they’d work for Mexican wages – that is, for less than U.S. minimum wage.

Corporations like Carrier and Rexnord that had perfectly profitable factories in the United States, ginned up revenues by moving to Mexico and paying workers there a pittance. The minimum wage in Mexico is $5.10 a day – yes, a day – for most workers and $8.79 a day for those in factories near the U.S. border. Corporations also profited by skipping off to a country that turned a blind eye toward pollution.

The promise was that a new NAFTA would fix all that, disengaging the vacuum that pulled factories south and upgrading environmental enforcement.

Some of the new provisions seem, on the surface, like they could help. The proposed deal requires that workers earning an average of $16 an hour produce 40% of car and truck parts by 2023 to get tariff-free treatment. There is some evidence, however, that this requirement may already have been met. And the auto companies have refused to release data to support the claim that this would be an important provision. It may help retain jobs in higher wage countries like the United States and Canada but is unlikely to increase wages or move jobs there.

In addition, under the proposed new deal, to be tariff-free, 75% of vehicle components would have to be produced in one of the three countries. That’s significantly higher than the current 62.5% and would reduce importation of parts from countries that illegally subsidize their industries like China. But a good portion of the jobs that might result will probably be created in Mexico.

Also, while these changes may help autoworkers, they do nothing for furnace workers and those in a multitude of other industries.

More significant to preventing a new NAFTA from failing workers like the old NAFTA would be enforcement of Mexico’s new labor laws. As it is now, labor unions in Mexico frequently are fakes, created and controlled by corporations. The new laws, passed in April, empower Mexicans to form their own worker-controlled labor unions that could negotiate for higher wages and exercise the right to strike without workers suffering violent attacks by authorities.

Realistically, however, free unions aren’t going to pop up overnight in hundreds of thousands of Mexican workplaces. Unions must be formed, voted in and certified, then would have to successfully negotiate labor agreements at factories where owners will dig in their heels to remain in control.

For workers to get real unions and labor agreements, the Mexican government will have to actively assure workers’ rights. But right now, Mexico has no budget for implementation and has not even started to hire the hundreds of judges and inspectors that the new law requires or to review some 700,000 current labor agreements to determine their validity. The structure to eliminate fake unions and certify worker-controlled organizations is supposed to be phased in over four years, but corporatists and other opponents already are attempting to thwart the labor reforms with lawsuits and other actions. For Mexican workers, nothing has changed.

Based on the long history of labor suppression in Mexico, organized labor in Canada and the United States legitimately fears free unions won’t emerge in Mexico without swift and certain enforcement mechanisms written into the text of the new NAFTA.

Speaker of the House Nancy Pelosi said it best: “If you don’t have enforcement, you’re just having NAFTA again with sprinkles on top.”

Bad experience jaundiced labor toward ethereal enforcement – that is, enforcement based on nothing but sleight of hand and empty promises. In 2008, the AFL-CIO and six Guatemalan trade unions filed a formal complaint that Guatemala had failed to enforce its labor laws as required by the Central American Free Trade Agreement, known as CAFTA and similar to NAFTA.

The allegations included that Guatemala failed to register unions, neglected to implement minimum wage regulations and refused to investigate or prosecute violence against trade unionists, including murders intended to intimidate workers.

Nine years later, after inquiries, failed settlements and formation of a CAFTA arbitration panel, next to nothing was done. Particularly galling was the official U.S. position that the assault and murder of Guatemalan trade unionists was a domestic criminal matter, not an issue to be resolved by CAFTA labor law requirements.

Mechanisms embedded in trade deals to enforce labor provisions are crucial. But, ultimately, labor needs trade deals negotiated with workers at the table from the start to ensure that human well-being is the priority, not assuaging one-percenters' greed.