New York Points A New Way Forward For The Nation 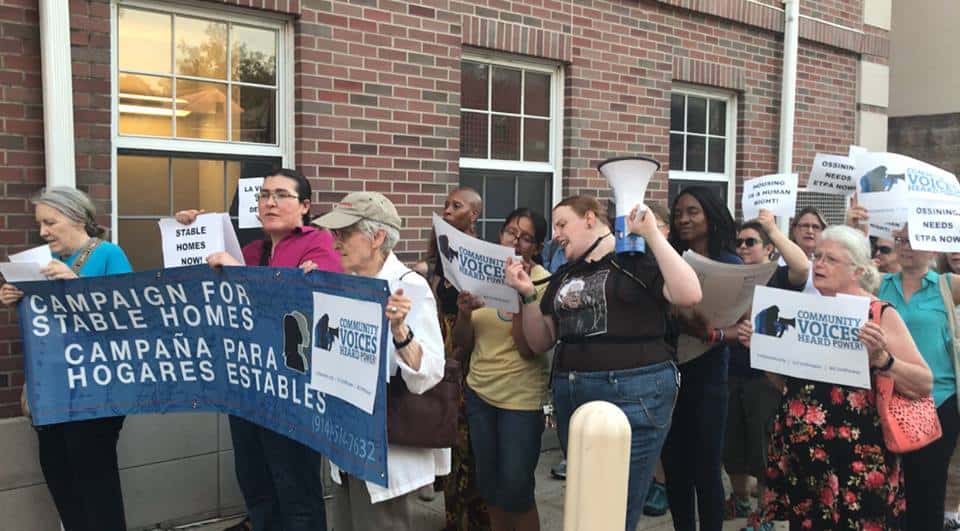 What happens at America’s state level can sometimes reverse the political momentum of the entire nation. We experienced just such a reversal in 1978, when California conservatives pushed our country to the right. We may be poised to take a new direction, thanks to important victories in New York State for progressives.

Back then, on a calm June day, conservatives engineered a California earthquake. They won nearly two-to-one voter support for a ballot initiative that wrote a cap on local property taxes into the state constitution. This “Prop 13” initiative would in short order crater funding for California’s world-class public services.

For business interests, meanwhile, Prop 13 would prove to be a gift that keeps on giving. Before 1978, corporate property owners footed two-thirds of the state’s property tax bill, homeowners one-third. After 1978, that ratio flipped, leaving the homeowner share at two-thirds.

Conservative pols would follow that formula. In the immediate wake of Prop 13, over a dozen other states enacted similar tax caps. In the 1980 presidential election, Ronald Reagan would then ride this tax-cut wave into the White House. Once in office, his administration quickly set about rewriting America’s economic rules — to privilege the rich and the corporations that make them richer.

Today, four decades later, we’re still living amid the extreme inequality Prop 13 did so much to create. But now, in a state a continent away from California, the surprise outcome of another titanic political battle may well signal the dawning of a new and far more egalitarian epoch.

Prop 13 revolved around the anxieties of suburban homeowners, then the ultimate symbol of the American middle class that had emerged after World War II, the first mass middle class in the history of the world. The landmark legislation enacted last week in New York, by contrast, speaks to the squeeze on renters in an America where the middle class is ever so steadily disappearing.

The even deeper contrast: In 1978 California, conservatives showed they could exploit the frustrations of middle-class homeowners to advance an agenda that builds wealth and power for rich people. In 2019 New York, progressives have now demonstrated that Americans of modest means can directly take on that wealth and power and win. And with last week’s victory in New York, renters have won plenty.

That will become evident most quickly to the 2.4 million state residents who currently reside in one of New York City’s “rent-stabilized” apartments.

By law, these New York City residents — and apartment dwellers in a scattering of nearby localities — have protections against arbitrary evictions and crushing rent hikes. In practice, these protections mostly protect tenants only on paper. Landlords over the years have drilled deep loopholes into New York’s rental rules. Rents, for instance, can now rise by 20 percent when a rent-stabilized apartment goes vacant. That gives landlords an ongoing incentive to shove tenants out of their apartments by any means fair or foul.

Landlords can also jump rents over legally permitted levels if they install a new boiler or make other “improvements” in their buildings. Tenants, in effect, are paying for the investments their landlords ought to be making — and seeing no return on their investment.

The new New York rental rules just signed into law erase the 20 percent vacancy “bonus” for landlords and cap what landlords can add to the rent for “improvements” they should have been making all along. The new rules also extend to all localities in New York State the authority to enact “rent-stabilization” protections.

Even more importantly, the new legislation gives all tenants in the state, whether they live in rent-regulated buildings or not, basic safeguards. Under the new rules, among many other changes, landlords will have to give all tenants in New York State 30 days notice if they’re going to hike rents over 5 percent —or not renew a tenant’s lease.

Gains as sweeping as these would have seemed, the New York Times notes, “unimaginable” only a few years ago. New York, after all, had the nation’s richest rich, and much of that wealth rested on real estate. Americans nationally know part of that story, how Donald Trump turned a New York real estate fortune into a ticket to the White House. But Trump’s actual wealth pales against the fortunes of other New York real estate billionaires. These super rich make up a huge chunk of the city’s “FIRE” —financial-insurance-real estate — elite, the backbone of plutocratic power in New York.

This real estate industry has done its best to buy New York’s leading politicians. Literally. In 2015, two top state legislators — the Republican Senate chief and the Democratic Assembly speaker — found themselves arrested “on corruption charges related to their relationship with the real estate industry.”

How could an industry this powerful and brazen be defeated? The progressive groups that led the struggle for New York’s progressive housing victory had a potent gameplan. They combined an electoral insurgency with “street heat” reminiscent of the civil rights movement.

The electoral mobilization climaxed last November when the New York Working Families Party joined with other grassroots groups to crack the lockgrip that Republicans and conservative Democrats had held over the New York State Senate for generations. Progressive candidates beat eight Republican incumbents in the 2018 general election and filled seven other seats with primary wins over FIRE-friendly Democrats.

The new lawmakers ran on pledges “to muzzle the influence” of real estate power brokers and, soon after their victories, went to work advancing a package of new rental rules housing advocacy groups in the Upstate-Downstate Housing Alliance had spent years developing.

Tenant groups, for their part, kept up the “Housing Justice for All” pressure throughout the winter and spring. In the spirit of nonviolent civil disobedience, activists massed repeatedly in the state capital of Albany for a series of “Tenant Tuesdays.” They “crowded onto stairs, jammed hallways, and blocked the entrances to the governor’s office and legislative chambers” — and rained down on the Capitol’s main staircase “fake $100 bills printed with the faces” of the governor and real estate industry heavy-hitters.

“We believe that housing is a human right,” stressed the Housing Alliance outreach. “But for too many families, that right is far from a reality.”

With rents rising, the Alliance went on to add, “landlords are getting richer and richer” while most tenants are living “without any basic rights to stay in their homes.”

The real estate industry, in response, resorted to the standard plutocratic pushback playbook. The pending progressive proposals, industry front groups like the “Alliance for Rental Excellence” proclaimed in TV ads and mailers, would jeopardize jobs and discourage landlords from keeping up their properties.

To give these spiels some added oomph, the real estate industry’s phony “grassroots” groups brought in the cronies of high-ranking New York pols. They hired one lobbying firm run by the college roommate of the Assembly speaker and another run by New York governor Andrew Cuomo’s former campaign manager. In all, required state filings show, industry groups shelled out nearly $200,000 a month to these two lobbying firms and contracted to a third at a $720 hourly rate.

If all else failed, industry movers and shakers apparently also assumed, their side could always count on Cuomo — a long-time recipient of their generous campaign contributions — to save the day. And all else did fail. The progressive rental legislation, by early June, had majority support in both state legislative chambers.

At that point, the industry’s plutocrats personally stepped up to the plate. Movers and shakers led by real-estate billionaires Douglas Durst and Richard LeFrak called Cuomo directly and pushed him to cut some backroom deal that would save them from the nasty tenant hordes. Cuomo, feeling the progressive pressure, demurred. His decision stunned industry leaders.

“We thought the governor would help moderate some of the more ridiculous proposals,” Jay Martin, the executive director of a major industry trade group, would later opine. “That did not happen.”

The “democratic socialist wing of the Democratic Party,” Martin added, seems to be “in full control of the state government.”

Not quite. But progressive forces in New York have clearly changed the political conversation in the state — and maybe the nation. The legislation they’ve won will discourage the private-equity speculators now buying up rental units all across the United States. Their victory,” note progressive analysts Cea Weaver and Michael Cavadias, will also lay “the groundwork for an expansion of alternative housing models” like social housing and community land trusts.

Real people will see real benefits from what activists in New York have now accomplished. And that should have plutocrats in New York — and well beyond — really nervous.