How To Protect The Right To Organize 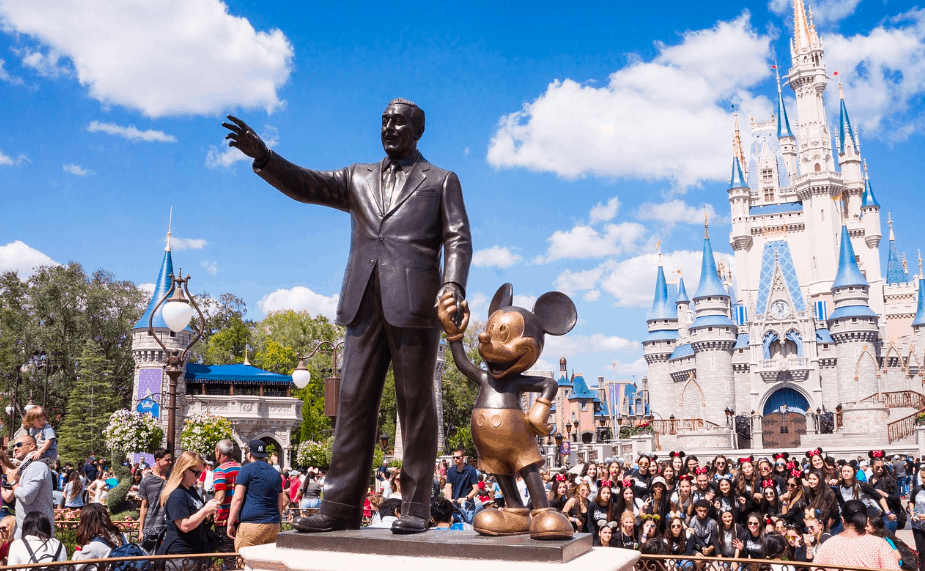 Abigail Disney, granddaughter of the co-founder of the Walt Disney Co., called out the family business’ current CEO last month for making what’s supposed to be the happiest place on earth pretty darn miserable for its workers.

All of the company profits shouldn’t be going into executives’ pockets, she said in a Washington Post column. The workers whose labor makes those profits should not live in abject poverty.

This is what labor leaders have said for two centuries. But Disney executives and bank executives and oil company executives don’t play well with others. They won’t give workers more unless workers force them to. And the only way to do that is with collective bargaining – that is, the power of concerted action.

The United States recognized this in the 1930s and gave Americans the right to organize labor unions under the National Labor Relations Act (NRLA). The increase in unionization encouraged by the law significantly diminished income inequality over the next forty years. American workers prospered as a result of having a voice in the workplace.

But right-wing politicians, at the beck and call of CEOs, have chiseled large chunks out of labor organizing rights, diminishing unions and breeding vast economic disparities.

The decline in union density accounts for one-third of the rise in income inequality among men and one-fifth among women, Economic Policy Institute researchers found.

The solution, of course, is the same as it was in 1935. In order to restore balance to an astronomically uneven economy, Congress must restore workers’ power to organize. Democrats took a first steptoward accomplishing that when they introduced the Protect the Right to Organize (PRO) Act in the U.S. House and Senate. It would give back to workers the power they need to demand their fair share of the profits created by the sweat of their brows.

It’s great that some billionaires and millionaires like Abigail Disney want CEOs to give their workers raises. But workers need the PRO Act, the power of collective bargaining, to make them do it. Workers know this intrinsically and want union representation. A survey last year showed that nearly half of non-union workers would join a union if given the opportunity to do so. For that to happen, the law must change.

The PRO Act addresses several major problems with the current gutted NLRA that render too many workers powerless. Its intent is to give working people a fair shot when they try to form a union and bargain for a better life for themselves and their families.

The defects of the current law can be clearly seen in the case of Kumho Tire. In 2017, the union I lead, the United Steelworkers (USW), filed a petition to represent workers at the major international tire producer’s plant in Macon, Ga. The company ran a vicious $500,000 campaign against the union, including daily, mandatory captive audience meetings, designed to coerce workers into voting against union representation.

Kumho also fired the lead supporter of the organizing drive, Mario Smith, to intimidate his fellow workers. There are currently no penalties for employers who take such retaliatory actions. The best a wrongly fired worker can hope for is receiving back wages, but only once the case is settled, which can sometimes be years after the termination.

Meanwhile, corporations routinely forbid outside union organizers from entering the workplace, and workers are restricted from speaking about the organizing campaign while on the clock. Such limitations violate the intent of the NLRA, which was to encourage collective bargaining, not hinder it.

Under the PRO Act, rather than making fired workers endure long periods of uncertainty while waiting for their ULP cases to be heard by the National Labor Relations Board (NLRB), unions would be able to immediately seek an injunction to reinstate employees like Smith while their cases are pending. The bill would also authorize the NLRB to assess monetary penalties for each violation in which a company wrongfully terminates a worker or causes serious economic harm.

And those mandatary captive audience meetings would be banned, giving workers the power and freedom to decide for themselves if union representation is right for them.

The PRO Act would also forbid freeriding, which is when workers who choose not to join the union but benefit from union representation don’t pay fair share fees to cover the cost of bargaining and administering the collective bargaining agreement. This would beat back one of the major assaults on labor rights—so-called “right to work” laws—by allowing unions to function fully for their members.

The bill proposes a system to ensure that workers who succeed in a union organizing drive actually obtain a first collective bargaining agreement, establishing terms for pay, benefits and working conditions. As it stands now, nearly half of newly formed unions are denied a first labor agreement as the result of companies’ refusal to negotiate in good faith.

Volkswagen, for example, has spent years and millions thwarting their employees’ attempts to unionize at the VW plant in Chattanooga, Tenn. Since 2015, when a group of 160 skilled-trades workers in the plant voted to join the United Autoworkers Union (UAW), the company has refused to negotiate and appealed to the NLRB and the courts to get the election overturned. With courts and the now Republican-dominated NLRB upending union-friendly Obama rulings, that looks likely.

Not to be defeated, however, the UAW has collected signatures from 65 percent of the plant’s 1,709 hourly workers, including the 160 skilled-trades workers. The cards say the workers want an election for union representation, and the UAW asked the NLRB to set a date. Instead, the GOP NLRB postponed the election indefinitely, giving VW all the time it wants to continue waging its aggressive anti-union campaign on their workers.

Newspaper columns and calls for compassion by Patriotic Millionaires like Abigail Disney can only do so much to convince CEOs to treat their workers fairly. Americans need more than nice rich people speaking up for them—they need the power to speak and stand up for themselves. An economy is only as healthy as its workers are empowered.

The PRO Act is the pathway to that power.