American Workers Are Not Happy 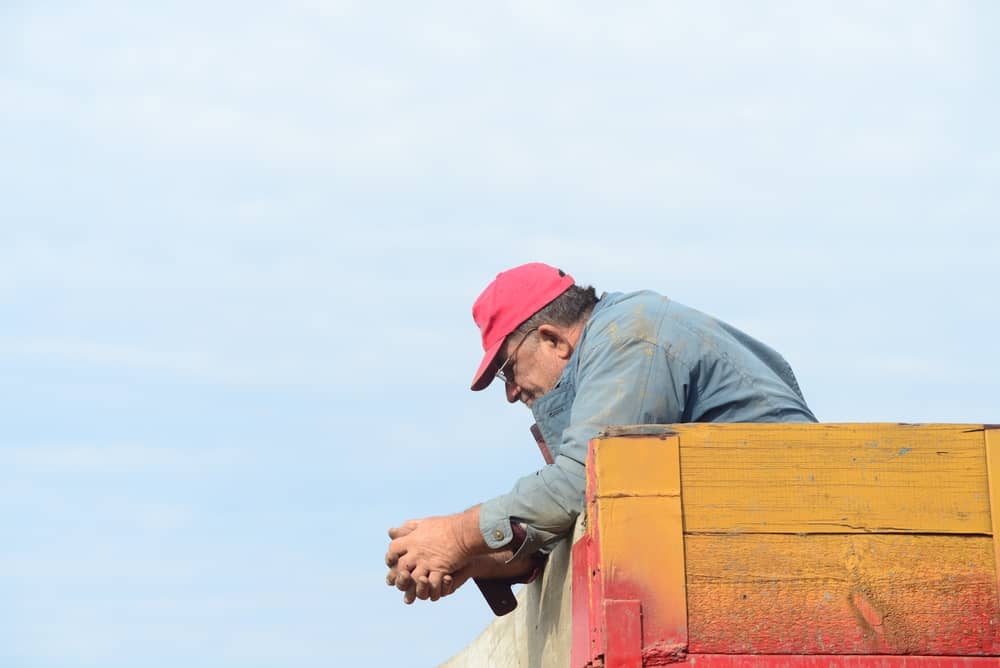 Americans are not happy. And for good reason. They continue to suffer financial stress caused by decades of flat income. And every time they make the slightest peep of complaint about a system rigged against them, the rich and powerful tell them to shut up because it is all their fault.

One percenters instruct them to work harder, pull themselves up by their bootstraps and stop bellyaching. Just get a second college degree, a second skill, a second job. Just send the spouse to work, downsize, take a staycation instead of a real vacation. Or don’t take one at all, just work harder and longer and better.

The barrage of blaming has persuaded; workers believe they deserve censure. And that’s a big part of the reason they’re unhappy. If only, they think, they could work harder and longer and better, they would get ahead. They bear the shame. They don’t blame the system: the Supreme Court, the Congress, the President. And yet, it is the system, the American system, that has conspired to crush them.

Yeah, yeah, yeah, unemployment is low and the stock market is high. But skyrocketing stocks benefit only the top 10 percent of wealthy Americans who own 84 percent of stocks. And while more people are employed than during the Great Recession, the vast majority of Americans haven’t had a real raise since 1979.

It’s bad out there for American workers. Last month, their ranking dropped for the third year running in the World Happiness Report, produced by the Sustainable Development Solutions Network, a U.N. initiative.

These sad statistics reinforce those in a report released two years ago by two university professors. Reviewing data from the General Social Survey, administered routinely nationally, the professors found Americans’ assessment of their own happiness and family finances has, unambiguously, declined in recent years.

But if Americans would just work harder, everything would be dandy, right?

No. Not right. Americans work really, really hard. A third of Americans work a side hustle, driving an Uber or selling crafts on Etsy. American workers take fewer vacation days. They get 14, but typically take only 10. The highest number of workers in five years report they don’t expect to take a vacation at all this year. And Americans work longer hours than their counterparts in other countries.

Americans labor 137 more hours per year than Japanese workers, 260 more than Brits, and 499 more than the French, according to the International Labor Organization.

And the longer hours aren’t because American workers are laggards on the job. They’re very productive. The U.S. Bureau of Labor Statistics calculates that the average American worker’s productivity has increased 400 percent since 1950.

If pay had kept pace with productivity, as it did in the three decades after the end of World War II, American workers would be making 400 percent more. But they’re not. Their wages have flat lined for four decades, adjusting for inflation.

That means stress. Forty percent of workers say they don’t have $400 for an unexpected expense. Twenty percent can’t pay all of their monthly bills. More than a quarter of adults skipped needed medical care last year because they couldn’t afford it. A quarter of adults have no retirement savings.

If only Americans would work harder. And longer. And better.

Much as right-wingers have pounded that into Americans’ heads, it’s not the solution. Americans clearly are working harder and longer and better. The solution is to change the system, which is stacked against workers.

Workers are bearing on their backs tax breaks that benefited only the rich and corporations. They’re bearing overtime pay rules and minimum wage rates that haven’t been updated in more than a decade. They’re weighted down by U.S. Supreme Court decisions that hobbled unionization efforts and kneecapped workers’ rights to file class-action lawsuits. They’re struggling under U.S. Department of Labor rules defining them as independent contractors instead of staff members. They live in fear as corporations threaten to offshore their jobs – with the assistance of federal tax breaks.

Last year, the right-wing majority on the U.S. Supreme Court handed a win to corporatists trying to obliterate workers’ right to organize and collectively bargain for better wages and conditions. The court ruled that public sector workers who choose not to join unions don’t have to pay a small fee to cover the cost of services that federal law requires the unions provide to them. This bankrupts labor unions. And there’s no doubt that right-wingers are gunning for private sector unions next.

This kind of relentless attack on labor unions since 1945 has withered membership. As it shrank, wages for both union and nonunion workers did too.

Also last year, the Supreme Court ruled that corporations can deny workers access to class-action arbitration. This compels workers, who corporations forced to sign agreements to arbitrate rather than litigate, into individual arbitration cases, for which each worker must hire his or her own lawyer. Then, just last week, the right-wing majority on the court further curtailed workers’ rights to class-action suits.

In a minority opinion, Justice Ruth Bader Ginsburg wrote that the court in recent years has routinely deployed the law to deny to employees and consumers “effective relief against powerful economic entities.”

No matter how hard Americans work, the right-wing majority on the Supreme Court has hobbled them in an already lopsided contest with gigantic corporations.

The administrative branch is no better.  The Trump Labor Department just issued an advisory that workers for a gig-economy company are independent contractors, not employees. As a result, the workers, who clean homes after getting assignments on an app, will not qualify for federal minimum wage (low as it is) or overtime pay. Also, the corporation will not have to pay Social Security taxes for them. Though the decision was specific to one company, experts say it will affect the designation for other gig workers, such as drivers for Uber and Lyft.

Also, the Labor Department has proposed a stingy increase in the overtime pay threshold, that is, the salary amount under which corporations must pay workers time and a half for overtime. The current threshold of $23,660 has not been raised since 2004. The Obama administration had proposed doubling it to $47,476. But now, the Trump Labor Department has cut that back to $35,308. That means 8.2 million workers who would have benefited from the larger salary cap now will not be eligible for mandatory overtime pay.

It doesn’t matter how hard they work, they aren’t going to get the time-and-a-half pay they deserve.

Just like the administration and the Supreme Court, right-wingers in Congress grovel before corporations and the rich. Look at the tax break they gave one percenters in 2017. Corporations got the biggest cut in history, their rate sledgehammered down from 35 percent to 21 percent. The rich reap by far the largest benefit from those tax cuts through 2027, according to an analysis by the Tax Policy Center. And by then, 53 percent of Americans – that is workers not rich people – will pay more than they did in 2017 because tax breaks for workers expire.

The White House Council of Economic Advisers predicted the corporate tax cut would put an extra $4,000 in every worker’s pocket. They swore that corporations would use some of their tax cut money to hand out raises and bonuses to workers. That never happened. Workers got a measly 6 percent of corporations’ tax savings. In the first quarter after the tax cut took effect, workers on average received a big fat extra $6.21 in their paychecks, for an annual total of a whopping $233. Corporations spent their tax breaks on stock buybacks, a record $1 trillion worth, raising stock prices, which put more money in the pockets of rich CEOs and shareholders.

That’s continuing this year. Workers are never going to see that $4,000.

No wonder they’re unhappy. The system is working against them.