The Fight Has Just Begun For Health Care In Wisconsin 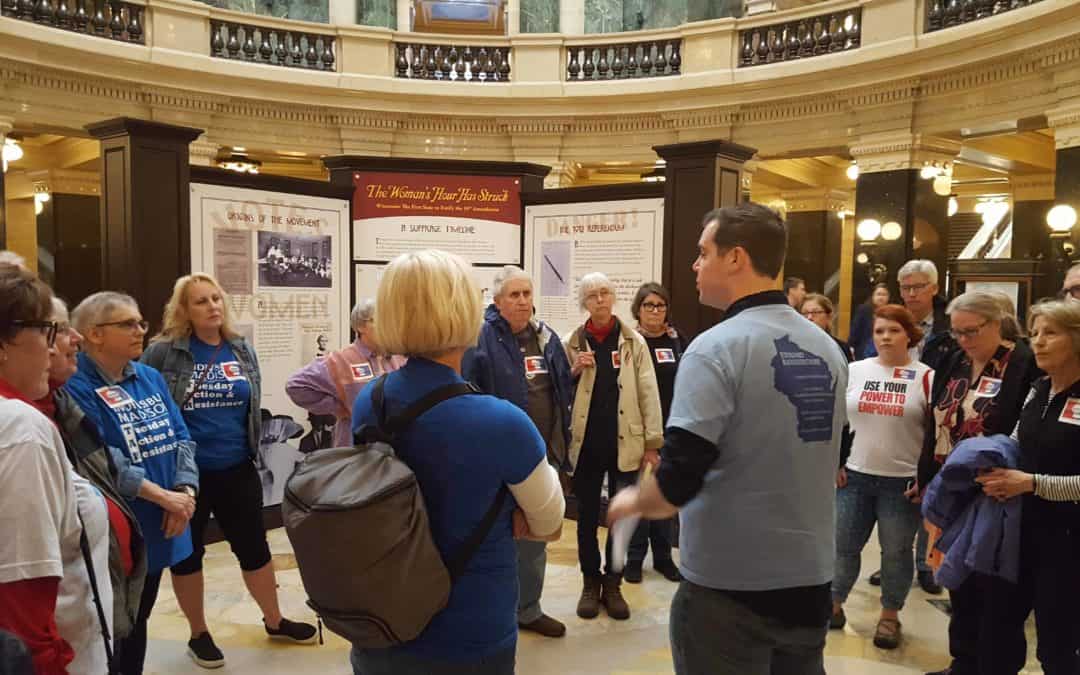 Wisconsin’s Republican lawmakers proudly turned their backs on the people of the Badger State when they voted against expanding health coverage to 82,000 people yesterday.

But at Citizen Action of Wisconsin, we’re not turning back. We’ll keep fighting until every Wisconsinite gets the health care we deserve, and voted for in November.

Yesterday’s vote by the Joint Finance Committee to strip Medicaid/Badgercare Expansion from the state budget is just the latest evidence of the Republican Party’s ongoing effort to keep Scott Walker’s shroud pulled tight over the will of the people, who threw him out of the Governor’s Mansion last November.

That’s when they voted in Democrat Tony Evers as our new governor, Citizen Action of Wisconsin member Mandela Barnes as Lieutenant Governor and Josh Kaul as Attorney General, with a mandate to expand health care and turn back Walker’s callous efforts to strip and scrap public programs in our state.

Not willing to accept defeat, Walker rushed to organize a lame-duck session in December to appoint conservative loyalists to key positions across the state, such as the Public Service Commission and the University of Wisconsin Board of Regents.

He also sought to tie the hands of Evers and Kaul, to keep them from passing the legislation voters elected them to enact. Medicaid expansion was first offered to Wisconsin under President Obama but movement conservatives have held it up in the State Legislature for years.

The GOP’s efforts to stymie democracy in Wisconsin are shameful, and run against the very grain of democracy. That’s why we stand with the Wisconsin AFL-CIO and the many others who are challenging these efforts to shield the powerful from the will of the people in court.

On Thursday, the Joint Finance Committee hearing room was packed – out of a hundred seats in the room, more than forty were filled by Citizen Action of Wisconsin members, including myself. The clear majority in the room were average citizens who favor Medicaid expansion, with a smattering of lobbyists who were paid to be there.

The Democrats on the committee were on fire, as revved up as I have seen. But because of Wisconsin’s gerrymandered legislature, they are in a 12-4 minority on the committee, despite November’s vote.

The passion is all on our side, and the latest Marquette University Law poll tells us that 70 percent of Wisconsin voters support Medicare expansion. But Wisconsin’s Republicans are curiously uninterested in public opinion, and quite willing just to exercise power in a ruthless way. They literally accused the Governor of being obstructionist for proposing anything he should have known they oppose, like Medicaid expansion.

“I have no moral problem,” is what Republican State Senator Tom Tiffany told the Washington Post, when asked if he knew blocking the expansion of health care will harm the poor in Wisconsin.

Republican leaders scheduled this sudden and desperate vote because they are losing the public debate. Days before this rash decision, news reports broke of multiple Republican legislators beginning to bow to public pressure and support the expansion of BadgerCare.

We did not lose anything at yesterday’s hearing. This sudden attempt to cut off debate is a sign of weakness. If we keep up the pressure on every legislator who is ignoring the will of the people, we will win.

Until the governor signs his budget, it's not final. It's going to be a long debate, and there's still plenty of time for the public to be heard.

Governor Evers has made clear he will “fight like hell” to win BadgerCare expansion. Do you have the Governor’s back? We do.

Robert Kraig is executive director of Citizen Action of Wisconsin, part of the People's Action national network of grassroots groups.