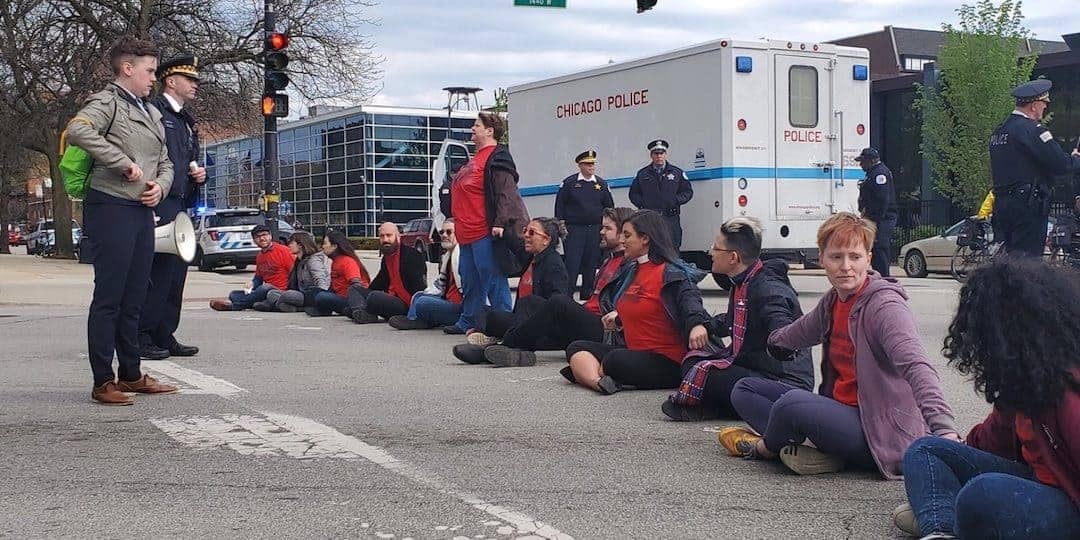 Dangerous anti-protest legislation is working its way through state assemblies all across the U.S., chipping away at the right to protest and undermining social justice movements. State legislators have introduced nearly 100 bills curbing your right to protest since the resistance at Standing Rock began. And if oil and gas companies get their way, Illinois will now be added to the list.

HB 1633, a bill targeting activists, has already overwhelmingly passed the Illinois House of Representatives and is now pending in the State Senate. It has been slated for a hearing next Tuesday, May 14, at 5 p.m., and people can submit witness slips for or against the bill here.

If this bill is enacted, protesters in Illinois will no longer be able to resist the expansion of fossil fuel pipelines in their communities without risking felony charges.

Specifically, this bill seeks to increase criminal penalties for people who trespass on so-called critical infrastructure facilities. The bill almost exactly lifts its language from a model bill authored by the American Legislative Exchange Council (ALEC), the secretive group of corporate lobbyists trying to rewrite state laws to benefit corporations over people.

The bill would broadly redefine “critical infrastructure” to include oil and gas pipelines and processing facilities, and turn peaceful activity by protesters into a class four felony punishable by up to three years of incarceration and a heavy fine.

In Illinois as other states, this bill is based almost word-for-word on ALEC’s model critical infrastructure bill, which was inspired by legislation first passed in Oklahoma in 2017, in response to the months-long protests at Standing Rock which stalled construction of the Dakota Access Pipeline.

Since ALEC decided to promote this legislation nationwide in January of 2018, critical infrastructure bills have been introduced in more than a dozen states. In all but two of those states an ALEC legislator has been listed as sponsor. 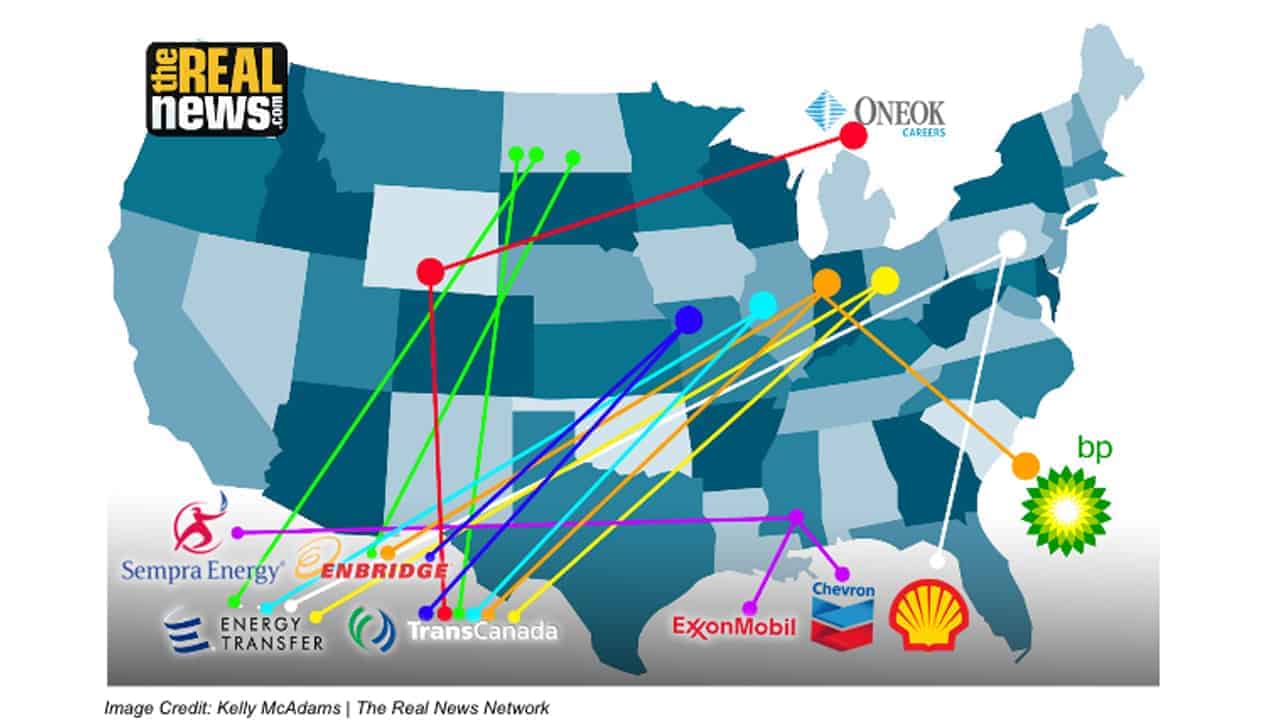 In the other two states - Missouri and South Dakota - fossil fuel companies have directly lobbied for the bills. In Illinois, bill co-sponsor Rep. Joe Sosnowski is a confirmed member of this powerful lobbying group.

ALEC isn’t often at the forefront of legislative changes in blue states like Illinois, but with overwhelming support for this bill by Democrats in the Illinois House, that may be changing.

What’s unique about the Illinois legislation, and what may have duped so many House Democrats into supporting it, is that it includes exceptions for First Amendment protected activity within the labor organizing context: this is the first time we’ve seen this kind of bait-and-switch in in a critical infrastructure bill, after the nearly two dozen that have been offered over the last two years.

By seeking to pit labor unions against environmentalists, the authors of the bill create a dangerous and false dichotomy that undermines solidarity and continues to put our planet at risk.

Instead, labor and green groups should be looking and thinking ahead, about ways they can work together to create a bold new future that centers a just transition away from a carbon economy by establishing sustainable jobs and industry that supports the health of us all.

Another failure of the Illinois bill is that it would subject a person to ten years in prison and a $100,000 fine for any damage that occurs at a “critical infrastructure” facility, no matter how minor the offense. Someone who spray paints a slogan on the side of a pipeline would face the same sentence as someone who intentionally caused damage that actually puts health and safety at risk.

Illinois does need criminal justice reform - like the ongoing efforts in the state to end money bail - but this bill is not it.

Scientists have told us we have only a decade to reduce our carbon footprint by 50 percent, if we want to avoid the worst effects of our looming climate crisis. We are at a critical moment when we need activism more than ever. Legislative efforts by extractive industries and shadow lobbies like ALEC to further criminalize illegal conduct sends us in the wrong direction.

Fortunately, Illinois groups like The People’s Lobby, ONE Northside, Cook County Public Defender, Illinois People’s Action, the Jane Addams Senior Caucus and the Fair Economy Illinois alliance, Chicago Community Bond Fund, and more, are on the case and are taking action to keep this bill away from Gov. Pritzker’s desk.

Should it make it there, he will have the power to stop it by vetoing the bill, as governors did in legislative sessions in 2018 in Minnesota and Wyoming.

The bill currently sits in an Illinois senate subcommittee which has not yet scheduled it for a hearing, but the bill could move any day. The legislative session runs through the end of May, so now is the time to urge lawmakers to vote no. Similar bills are still pending in other states, and the legislative season is almost over for the year.

The right to protest is a core American value, and free speech is the truly critical infrastructure of our democracy. Don’t let ALEC erode your rights. Read up on these bills, and do everything you can to speak out. Our very future depends on it.

Maggie Ellinger-Locke is a staff attorney for Greenpeace USA.