Making a #HomesGuarantee a Reality For All 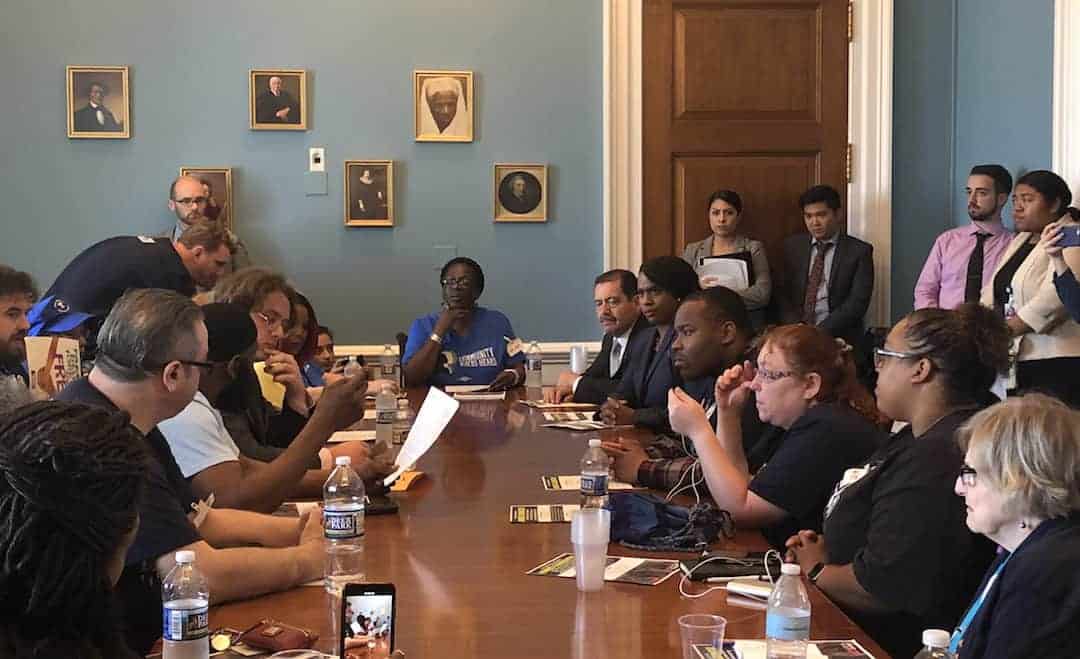 My name is Vernell Robinson, and I live on front lines of our nation’s housing crisis. My voice, and other voices of those directly affected by this crisis, belong at the table with decision-makers - because we are the ones who know what needs to change, now.

That’s why, along with other People’s Action members, I traveled to Capitol Hill last Tuesday, where I was proud to chair the first-ever Congressional briefing on a Homes Guarantee with Reps. Jesus “Chuy” Garcia (IL) and Ayanna Pressley (MA). 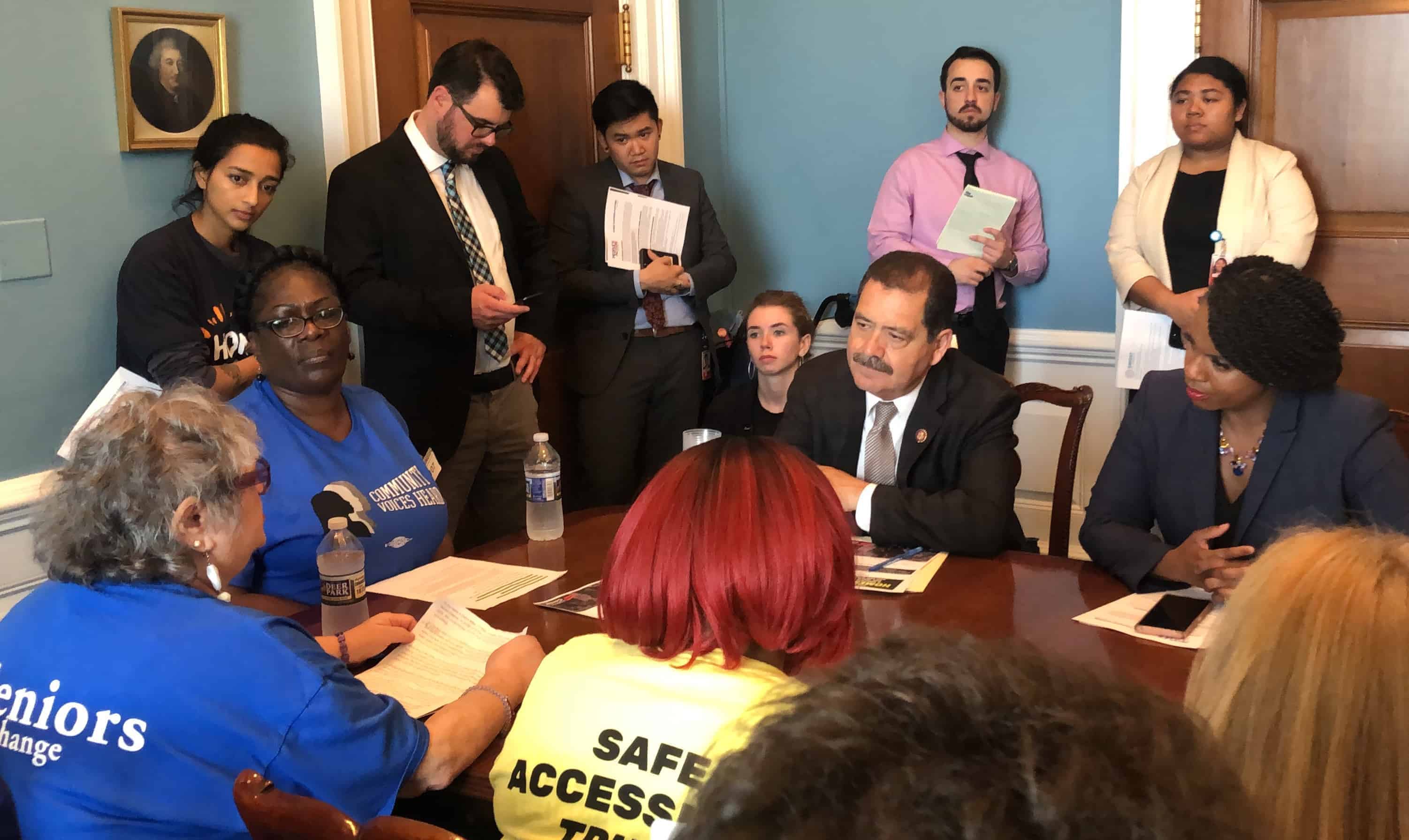 What is a Homes Guarantee? It's simple. The way we see it, in the richest country in the history of the world, we CAN and we MUST guarantee safe, healthy, and truly affordable homes for all. When we say “Homes Guarantee,” we are talking about policies that include massive public investment in housing, with millions of new social housing units, sweeping tenant protections, reparations, and regulation of Wall Street to stop housing costs from spiraling out of control .

I work at Elmhurst Hospital in Queens, New York, and live in public housing in the community of Far Rockaway. That’s where Hurricane Sandy hit hardest, flooding our homes and washing away many others. For months, we were without heat and hot water.

I joined my local People’s Action organization, Community Voices Heard, 15 years ago after I came home from the hospital with a bone infection. For three days there was no drinking water in our building, while I was sick in bed. I asked a tenant leader to intervene on my behalf, and she said she didn’t want to ruffle any feathers.

So at that moment, I decided to take responsibility to ruffle some feathers myself. I knew I was far from the only one who gets sick in public housing from toxic mold, lead, or lack of heat. 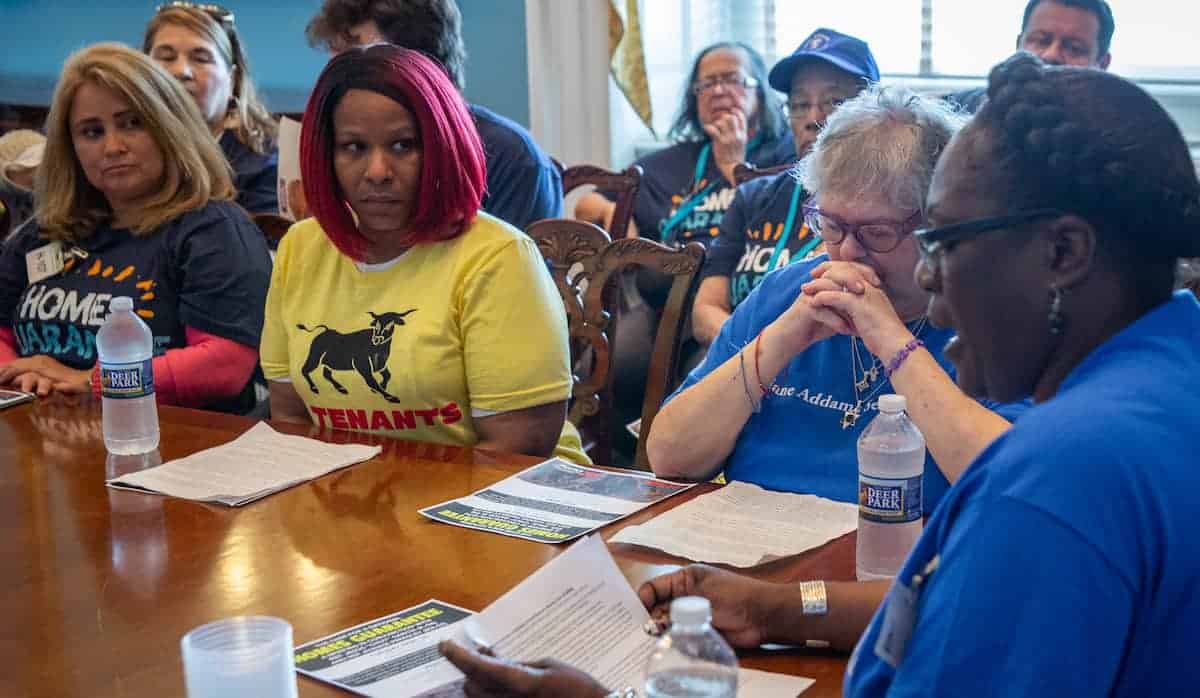 With me at Tuesday’s  briefing were 40 People’s Action members, part of the 1,000 who gathered in D.C. from all across the country for our #PeoplesWave convention. Each of our stories is different, but we all struggle to keep a roof over our heads. Together, we presented our vision to the Representatives for a better world, one in which we all have homes.

We call for a national #HomesGuarantee that includes 12 million units of beautiful, safe, and sustainable social housing. 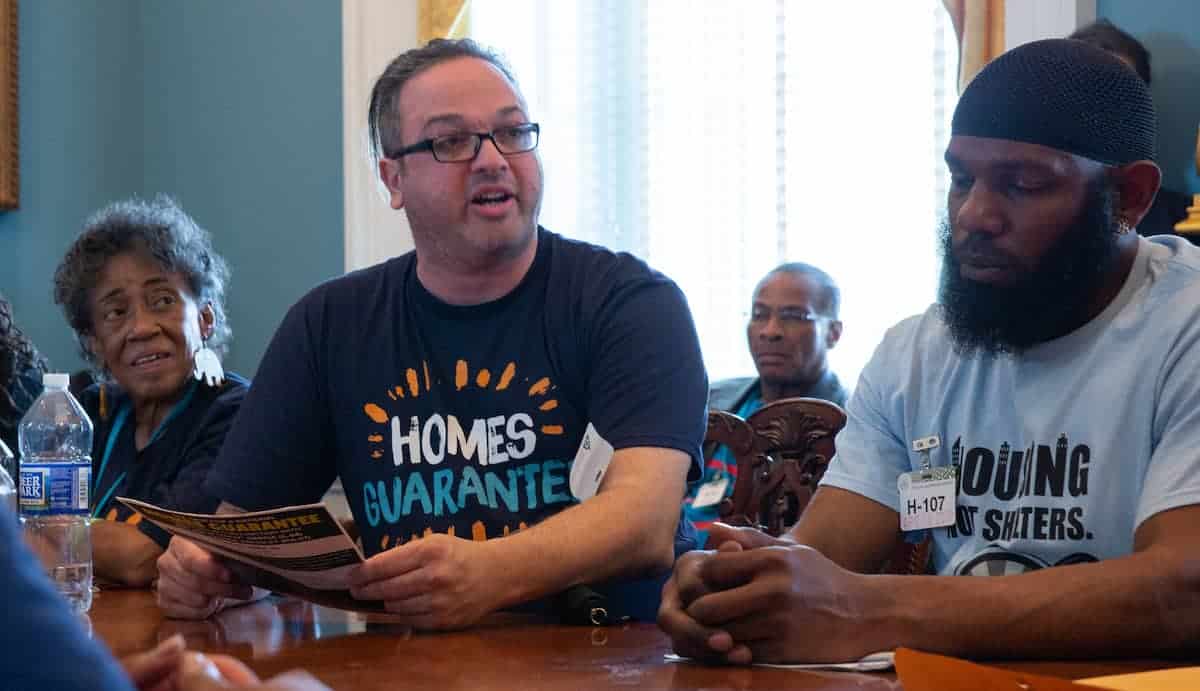 I was joined at the table by Jermain Abdullah, a formerly-incarcerated leader with Picture the Homeless in New York City, who spoke about the need to eradicate homelessness. David Zoltan, from ONE Northside in Chicago, told the Representatives about how he became homeless when he lost his home and business to illustrate the need for tenant protections and universal rent control. Daisy Vega, of POWER in Los Angeles, talked about HUD’s push to target immigrant tenants, and Debra Miller, of the Jane Addams Senior Caucus in Chicago, demanded reinvestment in existing public housing and the construction of millions of new social housing units.

Social housing is critical to our vision. Social housing is rental housing provided at below-market rates. It can be owned by municipal governments or non-profits, so creates opportunities to find a home outside of the speculative, profit-driven private real estate market.

Right now, a full-time minimum wage worker can’t afford a two-bedroom apartment in any county in America. Over 12 million people spend over half of their income on the rent. We have failed our nation’s poor and working class, and we have never come close to repairing the damages of centuries of theft and racism. But there is another way.

The bottom line is our country needs a national homes guarantee.

This isn’t a radical idea. In many advanced countries, social housing is the norm. In Finland, nearly three-quarters of residents are eligible for publicly financed social housing. In Vienna, Austria, three out of every five residents live in municipal and cooperative social housing.

Representatives Pressley and Garcia shared their personal stories, too, asked questions of our group, and made commitments to our agenda. Representative Garcia committed to call for a Financial Services Committee hearing on the Homes Guarantee, and to introduce legislation in 2019.

America’s housing crisis isn’t going anywhere, if all we do is patch it over with market-driven quick fixes. The only way out is through a commitment to eradicate homelessness, and to guarantee homes for all.

So this week, we made history. But take it from me - we’re just getting started. We won’t rest until we have a #HomesGuarantee for everyone in this country.  That’s what it will look like to put people over profit. With some political imagination and courage, we can do it.