A Plea from America’s Rich: Let's Change the Subject! 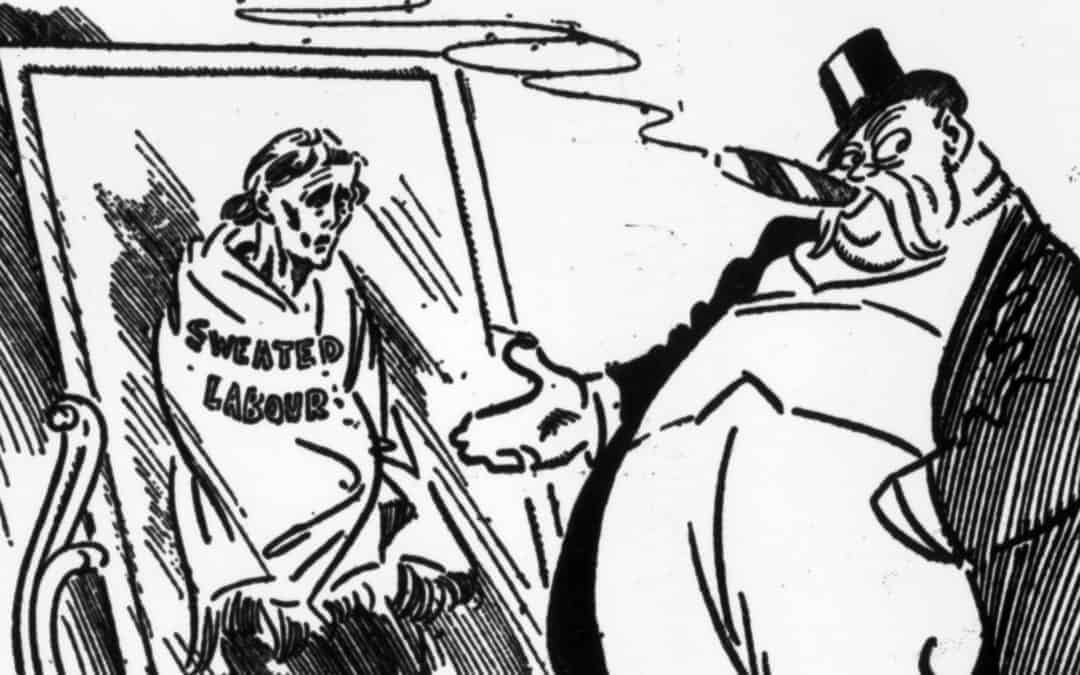 America’s elites have for decades now enjoyed — and exploited — a mainstream political consensus.  America is doing just fine, this consensus has held, but just not for everybody. We have some poor, unfortunate souls in our midst, the consensus continues, and decency demands more “opportunity” for them.

Aspiring politicians have always loved this opportunity message. They can spout it and sound compassionate and caring to the voting public. The message’s more important attraction: Pols can spout it and not in any way come across as threatening to the deep pockets they count on for campaign cash.

The rich, after all, simply adore the mainstream “opportunity” gospel. Talking about increasing opportunity distracts attention from how rich people — and the corporations they run — behave, how what the rich do to become and stay rich keeps poor people poor and most of the rest of us struggling.

But this mainstream political consensus has over recent years collapsed. Precious few analysts are still claiming that the nation is doing “just fine.” The United States these days is essentially working well only for the rich, and appreciable numbers of Americans no longer just wonder why. They’re demanding checks on grand private fortunes and the behaviors that pump these fortunes up.

All this has today’s rich worrying. Really worrying. Recent headlines tell the story. From the Financial Times: “Why American CEOs are worried about capitalism.” The Guardian: “The kings of capitalism are finally worried about the growing gap between rich and poor.” The Washington Post: “U.S. billionaires worry about the survival of the system that made them rich.”

That survival, the more thoughtfully strategic among the rich now believe, requires a reworked mainstream consensus that recognizes how deeply entrenched American inequality has become. These rich are trying to achieve that reworking. They're acknowledging our grand economic divides on a regular basis, with every day seeming to bring another example.

We have JPMorgan Chase CEO Jamie Dimon reflecting on the “fraying” of the American dream in his annual shareholder letter. We have hedge fund billionaire Ray Dalio blasting our “broken” economy for “producing self-reinforcing spirals up for the haves and down for the have-not.” We have insurance industry titan Evan Greenberg agreeing that our economic status quo has “led to increased stress and declining living standards for many and created enormous wealth for a few.”

And that gap can be unsettlingly dangerous, warns the wealthy financier Anthony Scaramucci, who served a brief spell as Donald Trump’s White House communications director.

“You don’t wanna be the guy living in your McMansion in your barbed-wired security compound,” Scaramucci observed in a recent interview, “while your neighbors are struggling.”

So what should the nation be doing about the gaps that so divide Americans of ample and modest means? Taxes on the rich, JPMorgan’s Dimon and other deep pockets are openly acknowledging, may indeed need to rise somewhat.

But not too much. The Dimons and Dalios would much rather the nation pivot to the sort of solutions the old “opportunity” consensus so diligently — and distractingly — loved to advance. Subsidies for investments in low-income “opportunity zones.” A wider social safety net. Education “reform.”

Billionaire investor Warren Buffett earlier this month, for instance, called the Earned Income Tax Credit — a safety-net device that supplements the earnings of low-wage workers — the “best” way to address income inequality. Low-wage workers “don't need a higher wage, intoned Buffett, “they need more cash in their pocket.” And if low-wage workers get that cash, goes the unspoken corollary to Buffett’s tax-credit push, maybe they won’t be tempted to attack those fortunate souls getting rich off of low-wage labor.

In other words, we as a society need pay no attention to grand fortune. Nothing behind that curtain, the rich would so like us to believe. We’d be better off, billionaire Steve Schwarzman advises, not even using the phrase “income inequality.” This private equity kingpin wants us talking about “income insufficiency” instead, so we can focus on that portion of society that rates as “severely disadvantaged.”

And if that “insufficiency” focus just happens to let the rich continue to get even richer, that would be, as they say in Silicon Valley, a feature, not a bug. We need the wealth of the wealthy, the rich still insist, to keep our economy rolling.

“When I go to places like Malawi or Tanzania or Senegal, they say they all want to live in America,” as Melinda Gates, the spouse of mega-billionaire Bill Gates, just endeavored to explain in a CNBC interview. “We are lucky to live here. They want to live in these types of capitalistic societies. And we just need to tune it and get it right.”

Will swells like the Gateses be able to “get it right” and save the system that has served them so lavishly well? Will they be able to recreate a mainstream consensus that accepts and welcomes grand private fortune? Perhaps. But these swells face some resistance even within their own deep-pocket ranks.

The more ideologically hardline within the deep-pocket set remain in no mood to play along with their fellow wealthy working so hard to forge a new wealth-friendly consensus. America, these hardliners believe, is still doing “just fine.”

Notes Robert Shillman, the chairman of the $10-billion software company Cognex: “The free market has worked great for Cognex and for all its shareholders for the past 40 years. Why change it?”

These hardliners argue — in the face of polling data that shows the exact opposite — that average Americans simply don’t care if the free market ends up working far, far better for some than others.

“Most workers around the country,” pronounces Brian Gardner, a research exec at the investment bank KBW, “tend not to be envious.”

More progressive men and women of means, on the other hand, see our current economic arrangements as deeply flawed. Deep pockets connected to the growing Patriotic Millionaires network are going beyond hand-wringing about inequality. They want the nation to start seriously taxing the rich, because, as former AOL executive Charlie Fink puts it, “my country — our country — means more than my money.”

But these divisions within the ranks of the wealthy pale in political significance to the division between America’s most affluent and the rest of us. The worldview of the wealthy, simply put, no longer limits the political imaginations of average Americans.

We’ve had similar political moments in America’s past, most often during epoch-shifting presidential election years. In 1912, the standard-bearer for the nation’s most fortunate, Republican William Howard Taft, collected less than a quarter of the presidential popular vote. The plutocracy that had emerged out of America’s original Gilded Age would never be the same.

A generation later, in the 1932 and 1936 presidential election years, big majorities of Americans paved the way for changes in the economic rules that determine everything from banking to labor relations and set the stage for the much more equal United States that emerged in the 1950s.

Will the 2020 election prove a similar turning point? We’ll see as the Democratic primary race unfolds. The latest entrant into that race, Joe Biden, is sounding a message that the Dimons and Dalios will likely find most reassuring.

“I don't begrudge anybody making a million or hundreds of millions of dollars. I really don’t,” Biden related this past March. “But I do think there’s some shared responsibility and it’s not being shared fairly for hard-working, middle-class and working-class people.”

Other candidates, most notably Bernie Sanders and Elizabeth Warren, begrudge plenty and have specific proposals for changing the rules that let wealth keep concentrating. For America’s billionaire class, distracting attention from those proposals will clearly be job one.