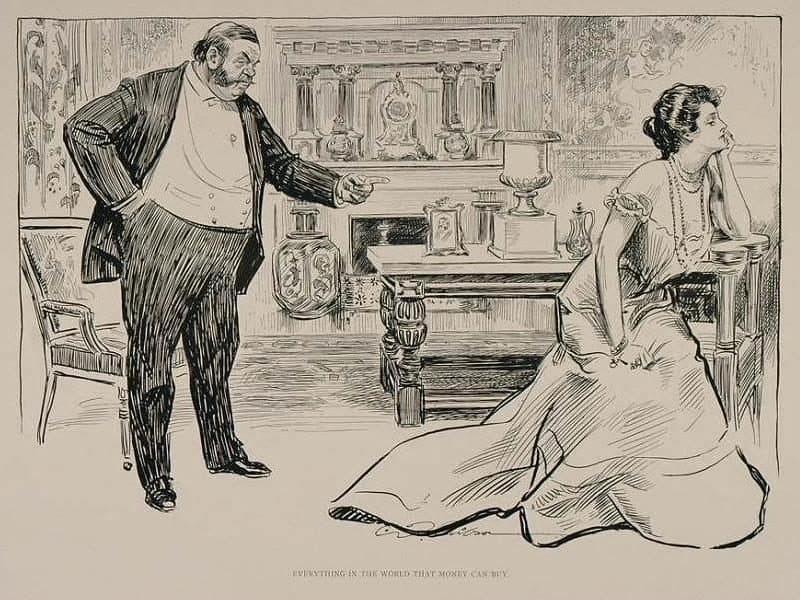 Serious societal change typically only takes place when the pressure for change hits “critical mass.” At one level, we’ve had critical mass for years now on seriously taxing America’s rich. Polls regularly show broad public support for having our wealthiest pay quite a bit more at tax time.

But we haven’t had critical mass on taxing the rich within our political class. That finally may be changing. High-profile pols old and new have of late been one-upping each other with sober proposals for trimming the super rich down to a much more manageable democratic size.

But this average wildly overstates how much income everyday households collect from capital gains. In 2016, the latest year with IRS stats, capital gains made up a miniscule 0.7 percent of the income for households earning less than $100,000. Households making over $10 million, by contrast, counted on capital gains for nearly half, 46.4 percent, of their income.

The richest of our rich, our top 0.001 percent, grab an even higher income share, 55.1 percent, from capital gains.

These fabulously rich don’t just grab the overwhelming bulk of the nation’s capital gain dollars. Our tax code gives them and their capital gains preferential treatment. A dollar of income from salary and wages can currently face a tax rate of up to 37 percent. A dollar of capital gains income never faces a tax slice more than 23.8 percent.

Taxing capital gains at the same rate as ordinary income would, of course, fix this tax favoritism on behalf of America’s most financially fortunate, and the United States has had periods of time that have seen the same tax rate on all income, whatever the source. Between the tax bill passed in 1986 and the tax bill passed in 1997, capital gains enjoyed no tax-rate break.

But the rich had a handy end-run around that same-rate treatment. They could hold assets until death, then have the assets passed on. Heirs pay no tax on inherited assets until they sell them, under tax code provisions still in place today, and they pay tax only on the increased value of the assets after the point of inheritance.

In other words, as Senator Wyden points out, the wealthy can delay and defer taxes on their assets for years and years, then pass the assets to their heirs tax-free.

Wyden wants to end this free-pass for America’s richest by taxing annual gains in asset value. If a portfolio of stocks and bonds rises $1 million in market value over the course of a year, under the Wyden proposal the owner would owe a capital gains tax on that $1 million.

Other critiques of the Wyden “mark-to-market” proposal — an idea that’s been bouncing around policy wonk circles for years — have been less feverish. Taxing annual boosts in stock and bond value might be logistically easy enough, critics acknowledge, but what about “illiquid” categories of wealth like fine-art collections or high-end jewelry?

Assessing these valuables on an annual basis, the charge goes, would require a huge new bureaucracy and pose all sorts of difficult logistical challenges.

But the nation already regularly assesses a difficult-to-assess asset category: real estate. Homeowners pay an annual property tax on their homes. Local governments have working systems for assessing the market value of these homes and hearing appeals to those valuations.

The difference between homes that get taxed on an annual basis and other illiquid asset categories like fine art that don’t? In a word, class. Middle-class households have most of their net worth in their homes. Fine art, jewelry, and other such luxury assets overwhelmingly belong to the awesomely rich.

Senator Wyden hasn’t spelled out the details of his capital gains tax plan yet. He’s promising a report on his proposal’s fine-print sometime over the next few weeks. For now, Wyden appears content to spell out the goals and principles involved.

“Taxing the annual gains generated by wealth closes a host of loopholes,” he notes, “while raising the sort of revenue needed to keep Social Security and Medicare secure for years to come.”

Three years ago, a mark-to-market proposal from analysts at the Urban Institute and the American Enterprise Institute estimated that a tax largely on the increases in value of publicly traded assets could raise $125 billion in one year alone.

Mark-to-market, in short, could be an important addition to the tax-the-rich toolkit. Let’s get that tool-kit full.