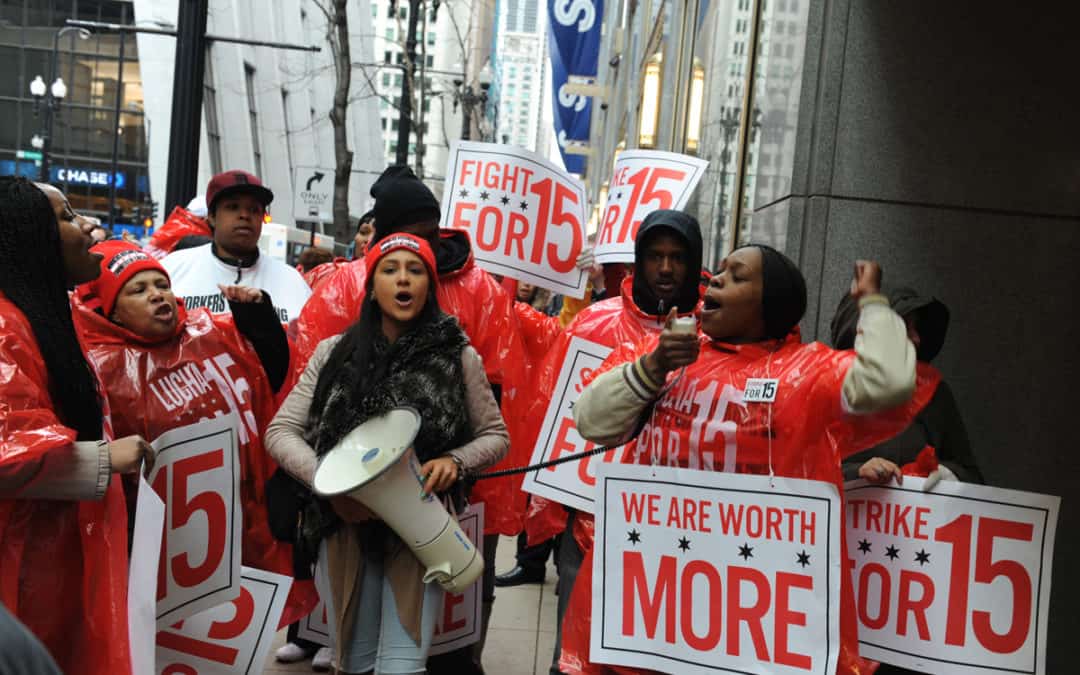 This President’s Day, I stood with two hundred and fifty Idahoans on the steps of our State Capitol in Boise to protest our president’s demand to build a wall between the United States and the the world.

We’re in a national emergency, he insists, one that can only be stopped by a fence as tall as his ego. The crisis is so grave that he must take billions away from other vital priorities. To show us his seriousness about the depth of this crisis, he jets off to Florida for a weekend of golf.

This is a #FakeTrumpEmergency - the latest sideshow in the Big Trump Circus. Indeed, this would all be laughable, if it didn’t reveal the deep, dark vein that runs through his administration.

This is a power grab, and the very foundations of our democracy are at stake.

Let’s not put lipstick on a pig. What Trump and his cronies want in this country is white supremacy.  It should be a huge wake-up call that Trump said his declaration of emergency will end up in the Supreme Court. He’s not joking: that’s exactly what he wants.

What this made-up “emergency” puts to the test is whether the Far Right’s 30-year campaign to take over the judiciary from within is finally complete. They’ve already locked up State Legislatures and lower courts all across the country.

In Idaho, we know this all too well: all three branches of our state government are in Republican hands, and the vast majority of bills that make it to vote in our legislature are approved – and often drafted – by the American Legislative Exchange Council (ALEC), the powerful shadow lobby for corporate interests.

Nationwide, there has been an incredibly successful effort to concentrate and exact influence over state legislatures, to introduce and normalize a far-right agenda over time, and to secure court rulings by hand-picking judges.

It’s harder to own municipalities across the states, which is why in state after state, we’ve seen preemption bills to strip local people of their rights. The goal is not a healthy democracy: it is to take their fights to the courts with appointments, and to circumvent Congress with a Supreme Court of their making.

When you look at the history of dictatorships and fascist regimes, they all rise according to the same plan: first you target people who are other than the majority, and dehumanize them. Then you legitimize fear and violence against them. Then you eliminate them: first from the political process, then from society as a whole.

But to set this chain reaction in motion, you need a crisis. Not a real one, but one that “feels” real enough to justify seizing the reins of power. In Germany, it was the 1933 Reichstag fire, which Hitler used as an excuse to suspend civil liberties. In Rwanda, it was a 1994 plane crash that killed two Hutu leaders that was used to justify the mass murder of Tutsis.

Now we’re the ones being told this is our national emergency – that drugs, gangs and human traffickers are flowing freely across our borders. Democracy is powerless to protect us, they say. But we know this is far from true, so we reject it.

Today, the “other” is immigrants from South and Central America - but tomorrow it will be someone else, then you, and me – for wherever there is profit to be gained by dividing us, someone will try to drive a wedge.

It's difficult to build and sustain a democracy, but it's pretty easy, as we’ve seen, to tear one apart. So we've got to come together, see each other in this moment, and find ways that we can work together - or we won't need a Trump: we’ll destroy ourselves.

So standing on the steps in Boise, we affirmed that we are a nation of immigrants, and that our diversity is the strength – and future – of our democracy.

250 may not sound like a lot, but we are proud that for each one of us, there was a gathering in a different city, in each of the 48 states that answered the call from People's Action and MoveOn, where people of good faith who feel the same as we do gathered to say so.

Together, we are millions, and we are strong. We are from every marginalized group, and we represent the full scope of the communities in this country that the far right is trying to silence. We are people of color, we are women, we are the poor and working class, and we are LGBTQIA.

We are people with disabilities, we are young and we are aging. We are people of every faith and tradition. We are Native. We are all Asylum seekers and Immigrants.

We are every one of us.  So whoever you are, whatever you love, and especially if you love the promise of America, this is your time. This is the moment where you decide who will you be in it.